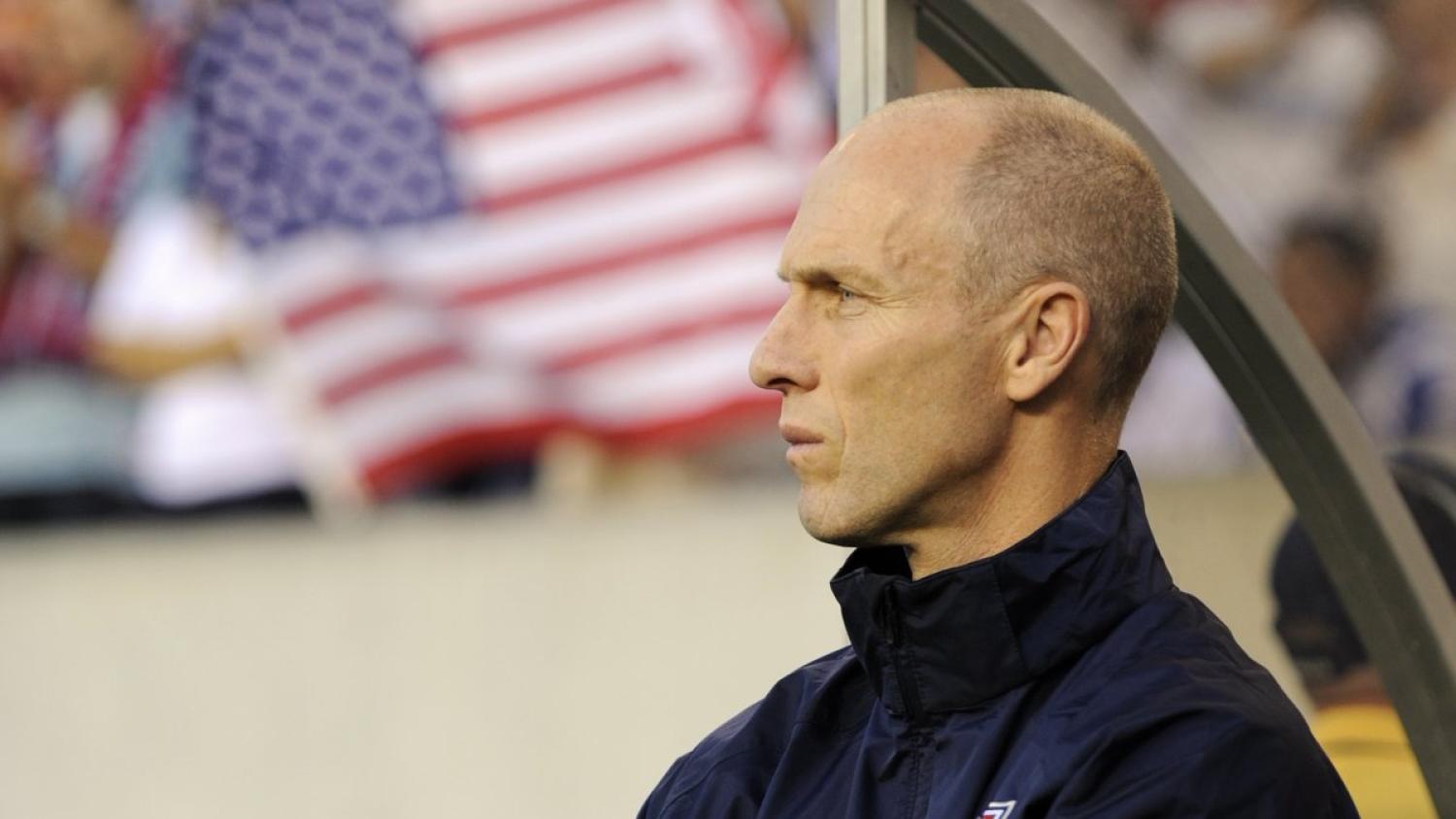 American manager Bob Bradley finally has a top job, but there is more at stake than that.
Photo: @TopDrawerSoccer | Twitter

Bob Bradley is the coach of Premier League side Swansea City. Let that sink in for a second.

Well, if you’re Bob Bradley, then no, it’s not that crazy. According to Bob Bradley, he is on the same managerial level as Pep Guardiola, Jurgen Klopp and Carlo Ancelotti. So the chance to manage a club in the Premier League makes sense.

The truth is, Bob Bradley is nothing like those other managers because he is an American and they are not. If a European had his resume, which includes managing at a World Cup, a Confederations Cup, guiding tiny Norwegian club Stabaek to the Europa League and leading Le Havre to within touching distance of promotion in France, he would be on every owner’s shortlist of potential managers, but that hasn’t been the case for Bradley.

It took an American takeover of Swansea City to give Bradley his chance in a top league. Now he has it. And Europe is watching.

Swansea currently sit in 17th place in the Premier League. Bradley has been charged with keeping the club safe and providing long-term stability. But that is near-sighted thinking.

This is not about Bob Bradley or Swansea City, nor is it about relegation or tactics. This is about Caleb Porter, Jason Kreis or any other American who thinks he can coach. Their opportunities in Europe hinge on Bradley’s success.

American players in Europe have long been examined under a microscope and their chances have been few and far between simply because America is not a “football country”. This is like that but multiplied by 100.

Coaching in the Premier League is the ultimate stage, even more so than a World Cup. Bradley will test his credentials against the world’s best each week. Only the right results will convince Swansea fans, the Premier League and Europeans that Americans know a thing or two about the beautiful game.

Bob Bradley wanted this responsibility. He knows what’s at stake and he’s ready for the challenge. That first challenge will be on October 15th. Against Arsenal. At the Emirates. Buckle up.