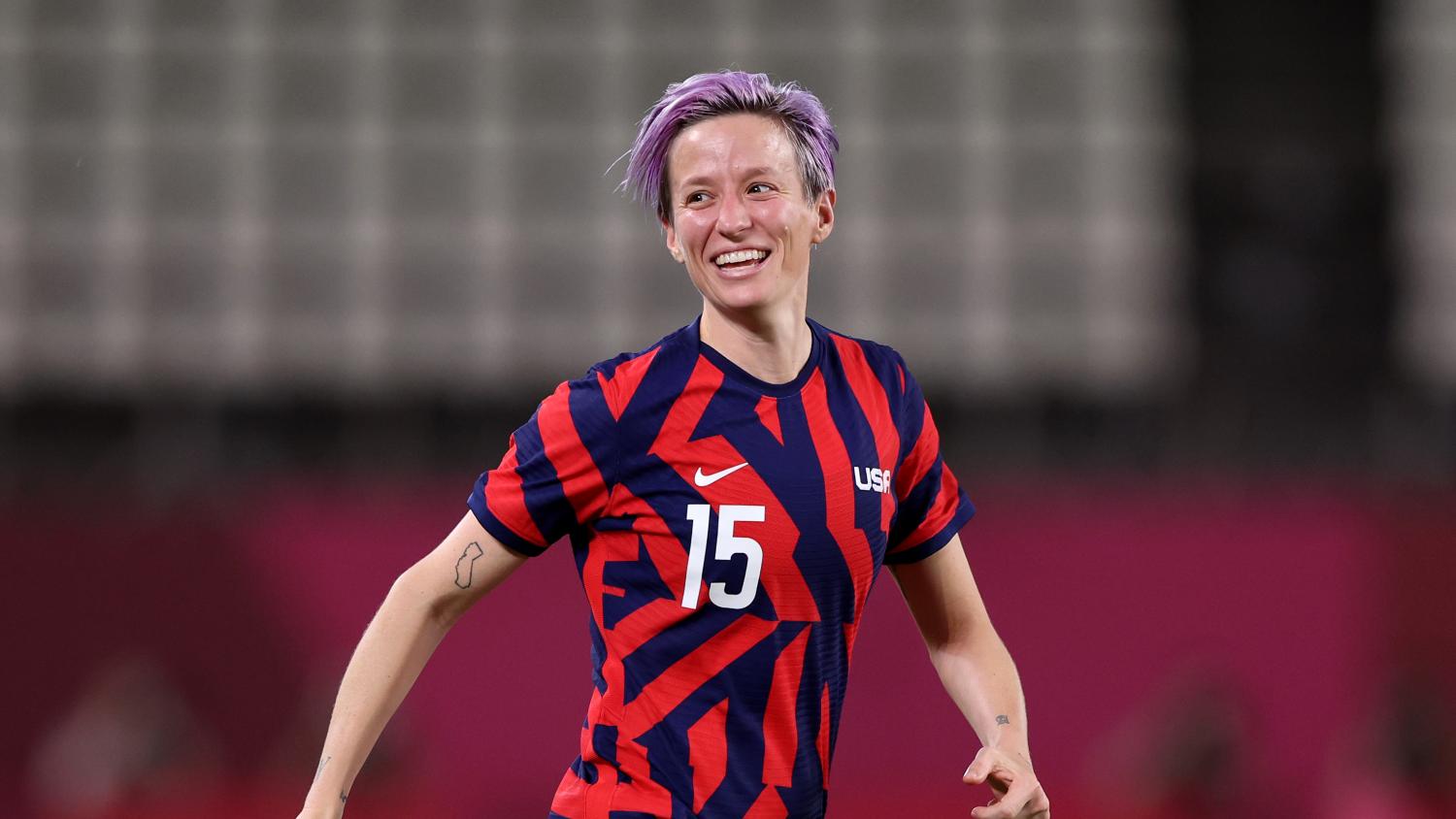 With Women’s World Cup qualifying three weeks away, USWNT players are peaking at the right time. Alex Morgan is unstoppable, Sophia Smith and Mal Pugh are lighting up the scoreboards and Rose Lavelle is literally flying. The only real worries for coach Vlatko Andonovski’s USWNT roster selection are the injury bug and baby boom.

With form and availability in mind on Monday, Andonovski revealed the 2022 USWNT roster for next month’s Concacaf W Championship, which serves as qualifying for the 2023 Women’s World Cup and 2024 Olympics. Andonovski turned to a strong mix of youth and experience: Megan Rapinoe is back for the first time all year, among six players with more than 100 caps. On the other end of the spectrum, 20-year-old Trinity Rodman is part of a youthful group of eight players with fewer than 10 caps, including one — Taylor Kornieck — without a single cap.

Sam Coffey, Jaelin Howell and Carson Pickett have also been called up and will join the #USWNT’s 26-player roster for the June @BioSteelSports Training Camp and friendlies vs. Colombia » https://t.co/ErWli9zQMA pic.twitter.com/zEN6DLIDyP

You can find the full USWNT roster listed at the bottom of this article. Make no mistake, this is the most important USWNT roster for the entire year.

This 23-player squad will take part in the Concacaf W Championship from July 4-18 in Mexico. Additionally, these players plus three more will play Colombia in a pair of friendlies in late June to warm up for the tournament.

At the Concacaf W Championship, the top two finishers in the two groups of four qualify for the 2023 Women’s World Cup, with the two third-place teams advancing to the inter-confederation playoffs. The winner of the tournament qualifies for the 2024 Olympics while the second- and third-place teams advance to a play-in game (played September 2023) for the other Olympic qualifying berth from Concacaf.

The USWNT is in a group with Mexico, Jamaica and Haiti, without a doubt the tougher group; Group B includes Canada, Costa Rica, Panama and Trinidad and Tobago. Matches will be on CBS Sports Network and Paramount+ in English in the U.S.

Here are five takeaways from the USWNT roster reveal.

Megan Rapinoe Is Back

There are probably a lot of Americans who wish Megan Rapinoe would just go away, but her inclusion is one of the biggest headlines of this roster. The 36-year-old is still one of the best strikers of the ball in the national team pool, whether it’s taking corners, free kicks or penalties.

Is Rapinoe still a starter? Probably not; she’ll turn 37 a day after the tournament begins and has played just 154 minutes in the NWSL this season. But in a tournament where the U.S. will play up to five games in two weeks in Mexico, she’ll be an asset off the bench and in the locker room as a two-time World Cup winner.

To be fair, Rapinoe might have benefited from the long list of absences (see below) to earn her roster spot, but it’s nice when you can call on a former world player of the year when other players go down injured.

A Team In Form

With a couple possible exceptions, Andonovski has chosen 23 players who are playing superbly right now.

Like Rapinoe, Alex Morgan had been left off prior USWNT rosters in 2022, including for the SheBelieves Cup. The San Diego Wave striker has been too good to leave off the squad any longer.

Morgan is in scorching form with her new club, leading the NWSL with nine goals. Right behind her on the scoring list are fellow USWNT forwards Sophia Smith (6), Mal Pugh (5) and Ashley Hatch (4), so there is no shortage of options for goal scoring.

In midfield, Rose Lavelle has been one of the most dynamic players in the NWSL this season; her 25 shots attempted are second only to Ashley Sanchez, who is also on the squad. Lindsey Horan just won the UEFA Women’s Champions League with Lyon.

The players you need sharp have proven their form in recent weeks.

Though the players selected are in peak form, there remains a significant group of players who were unavailable for selection because of injury or pregnancy.

Without a doubt, injuries haven shaken up this USWNT roster. Among those out hurt or not in full form are Abby Dahlkemper, Tierna Davidson, Catarina Macario, Sam Mewis, Lynn Williams, Christen Press and Tobin Heath, the latter of which is currently without a club after leaving Arsenal early to focus on rehab.

Additionally, Crystal Dunn gave birth last month and won’t be back until September at the earliest. Ertz announced her pregnancy in April and is out for the year.

For those keeping score at home, that’s 849 caps and 191 goals unavailable to the USWNT for World Cup and Olympic qualifying. For any other nation, that would be catastrophic, but the U.S. has plenty of talent to call on.

Chance For Youngsters To Shine

Vlatko Andonovski’s SheBelieves Cup roster was loaded with new faces, with the consensus being the coach was using the matches as tryouts for World Cup qualifying. Many of those players have made it to the big show, when matches count for something.

Taylor Kornieck, a 23-year-old, 6-1 midfielder who ties keeper Casey Murphy for the tallest USWNT player of all time, is perhaps the most surprising choice, having never played for the senior national team before but showing her value with San Diego this season. Personally, I was surprised to see her chosen over Jaelin Howell, who was picked for the Colombia friendlies only. Other youngsters on the squad include Naomi Girma (21), Smith (22) and Trinity Rodman (20). In contrast, there are just six players over the age of 30.

Most exciting for USWNT fans is the prospect of the Washington Spirit’s fearsome trident of Rodman, Sanchez and Hatch joining up together for the national team. The trio is incredibly fun to watch, unless you’re another Concacaf nation preparing to defend them.

Carson Pickett Gets Her Moment

The feel-good story of this USWNT roster is the inclusion of Carson Pickett for the Colombia friendlies. Longtime NWSL viewers know she’s been one of the best fullbacks in the league over the last six years, but she’s never appeared for the senior national team.

Pickett, 28, was born without a left forearm and has been an inspiration as a professional athlete. In 2019, a photo of her giving an arm-bump with a young fan went viral, and we can’t wait to see her in a USWNT jersey.