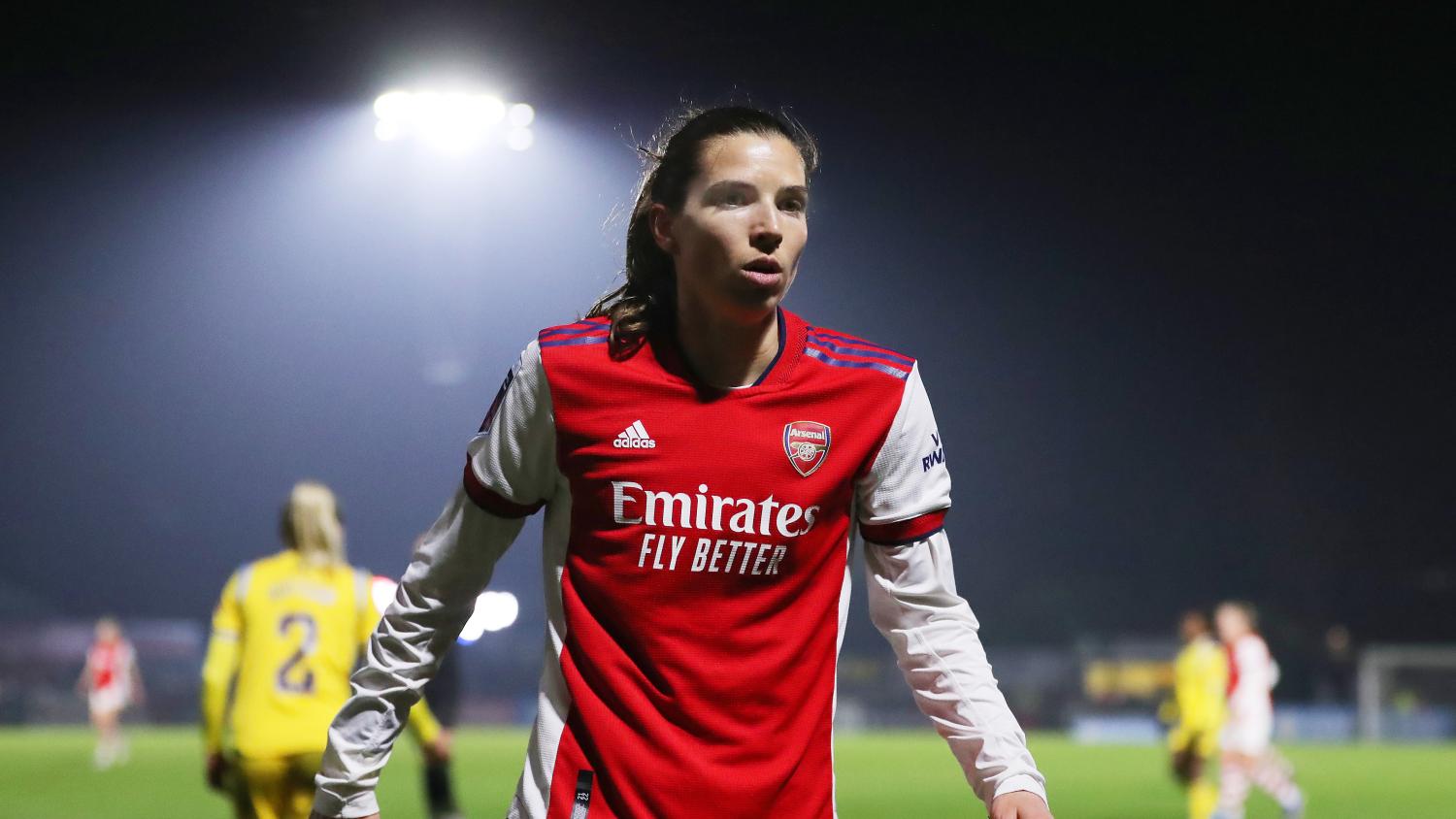 Tobin Heath's time at Arsenal is over. The USWNT star and the North London club mutually agreed to end her contract early after she suffered a minor hamstring injury ruling her out for the rest of the season, Arsenal announced Thursday. Heath signed with the club in September and the contract was to last until the end of the 2022 season.

Heath scored three goals in 18 games for the Gunners, including a vital late equalizer against Manchester City. The winger will return to the U.S. to rehab.

Tobin Heath has been released early from her contract by mutual agreement.

Wishing you all the best for the future, @TobinHeath ❤️

Heath leaves Arsenal in second place in the FA WSL with three matches to play, one point behind defending champion Chelsea. Though her time in North London was short, it fulfilled a dream of hers to play for the club she supported as a youngster.

“Although I’m disappointed that my time at Arsenal has come to an early end, I have loved every minute of my time here,” Tobin said in a statement.

A big goal from a big player.

What’s next for Heath is likely a return to the NWSL after spending two injury-plagued seasons in England, first with Manchester United and then Arsenal.

Racing Louisville obtained Heath’s NWSL rights during the 2020 NWSL expansion draft, but she instead opted to go overseas to join Christen Press at United. After taking some time away from the game, Press returned to the NWSL with Angel City, which worked out a deal with Louisville to make Press the expansion team’s first player.

If I had to bet, I’d say Heath follows her good friend Press to Los Angeles, if Angel City can work out another deal with Louisville.

There’s also the question over whether Heath will be able to return to health in time for Concacaf W Championship, taking place in Mexico in July. The tournament serves as qualifying for both the 2023 Women’s World Cup and 2024 Olympics, but this latest setback puts Heath’s availability for Vlatko Andonovski in question.

Heath has scored 36 goals in 181 USWNT appearances, but the two-time World Cup winner hasn’t played for the national team since the October 2021 friendlies against South Korea.

Tobin Heath will be 35 by the time the 2023 Women’s World Cup kicks off in Australia and New Zealand. Unlike the last two World Cups, she won’t be an automatic pick for the national team, meaning if she wants to be on the squad she’ll need to find a team that allows her to return to full fitness and top form in the coming 12 months.