What Countries Have Qualified For The Women’s World Cup? Complete And Updated List 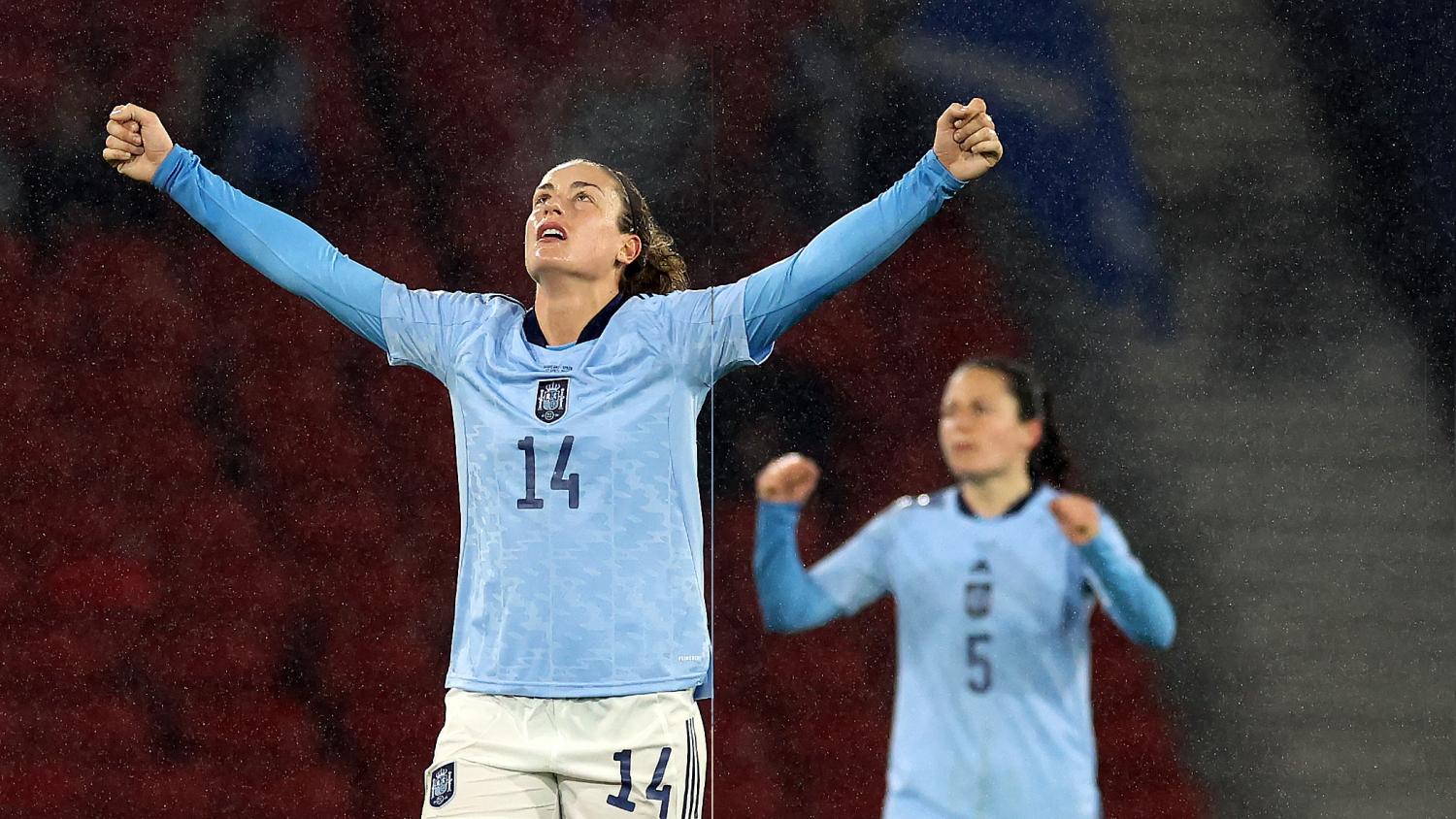 Here’s every team that has qualified for the 2023 Women’s World Cup, plus an explanation of how qualifying works and a list of who is still alive in qualifying.
Getty Images

The 2023 Women’s World Cup is quickly approaching. Co-hosted by Australia and New Zealand, the tournament will feature 32 teams for the first time, eight more than the previous high. Let’s take a closer look at what countries have qualified for the Women's World Cup.

The Women’s World Cup has steadily increased the number of teams participating, growing from 12 in 1991 and 1995 to 16 from 1999 to 2011 and 24 teams the last two editions. More teams than ever have a chance to reach the Women’s World Cup, making this qualifying campaign one of the most fascinating yet.

Qualifying for the 2023 Women’s World Cup began in September 2021 and will run all the way to February 2023, four months before the tournament begins. Australia and New Zealand were given automatic berths as co-hosts, leaving 30 spots up for grabs.

Here is a list showing what countries have qualified for the Women's World Cup. Below we’ll explain the qualifying processes for each confederation.

What Countries Have Qualified For The Women's World Cup 2023?

Here’s how the 32 World Cup berths are divided by confederation. FIFA created a 10-team playoff for the final three berths, with matches to be played Feb. 17-23, 2023, in New Zealand and Australia.

Keep reading for a guide on what countries have qualified for the Women's World Cup 2023. Photo: Getty Images

Now we’ll look at how each confederation conducts qualifying before explaining the inter-confederation playoffs.

What Countries Have Qualified For The Women's World Cup By Confederation?

Asian World Cup qualifying played out during the AFC Women’s Asian Cup 2022 from Jan. 20-Feb. 6, 2022. With five Women’s World Cup berths to give out, the top five finishers in the tournament received berths. For the top four teams, this was as simple as the four semifinalists: China, Japan, South Korea and the Philippines, the latter of which qualified for its first-ever World Cup, men’s or women’s.

The 2022 Africa Women Cup of Nations from July 2-23 in Morocco determined the Women’s World Cup entrants from Africa.

The 12 qualified teams competed for four direct berths to the 2023 WWC (the semifinalists), while two more earned places in the intercontinental playoffs.

Additionally, the winner of the Concacaf W Championship (the U.S.) qualified for the 2024 Olympics. The second- and third-place finishers (Canada and Jamaica) will play in a Concacaf Olympic playoff in September 2023 to determine Concacaf’s second Olympic qualifier.

The two-time reigning champion USWNT qualified for the World Cup after two matches at the tournament, joined by Canada, Jamaica and Costa Rica at the World Cup. Haiti and Panama advanced to the intercontinental playoff. Mexico missed out on a second straight World Cup.

WE’VE QUALIFIED FOR THE 2023 @FIFAWWC!!!! pic.twitter.com/jUSgovQcrx

The 2022 Copa América Femenina served as Women’s World Cup qualifying for CONMEBOL. The tournament was played in Colombia from July 8-30, 2022.

The 10 nations divided into two groups of five, with the top two in each group advancing to semifinals and the two third-place teams advancing to a fifth-place playoff for one of the two berths into the intercontinental playoffs. The two teams that reached the final (Brazil, Colombia) received a direct berth to the WWC in addition to the nation that won the third-place match (Argentina). The loser of the third-place match (Paraguay) qualified for the inter-confederation playoffs.

The 2022 OFC Women’s Nations Cup will determine OFC’s singular qualifying berth, a place in the intercontinental playoffs. The tournament will be played in Fiji from July 13-30, 2022.

The winner of the 10-team tournament (Papua New Guinea) received a place in the playoffs. Defending champion New Zealand did not compete in the tournament as it qualified as co-host.

UEFA is the only confederation to hold an actual qualifying campaign for the World Cup, like most confederations do for the men, as opposed to using a tournament to decide the qualifiers. The 51 nations competing were divided into nine groups of five or six. The winners of each group qualify directly for the World Cup.

Sweden, Spain and France were the first to clinch first place in their groups and a trip to Australia/New Zealand.

What a night in Europe! Three more places have been secured at the #FIFAWWC 2023!

In February 2022, FIFA suspended Russia for the country’s invasion of Ukraine and disqualified the women’s national team from the 2022 Euros and 2023 Women’s World Cup.

The intercontinental playoffs will provide an entertaining build-up to the 2023 Women’s World Cup with 10 teams competing from six confederations. Australia and New Zealand will host the matches from Feb. 17-23, 2023.

Additionally, the losers of the first-round matches in Group 1 and 2 will play friendlies against Australia and New Zealand while there will be a third-place friendly in Group 3 to ensure all participating teams play two matches.

We’ll know exactly what countries have qualified for the Women's World Cup by the end of the intercontinental playoffs on Feb. 23. The Women’s World Cup draw will divide the 32 teams into four groups of eight, with the top two teams in each group advancing to single-elimination knockout rounds until a champion is declared.