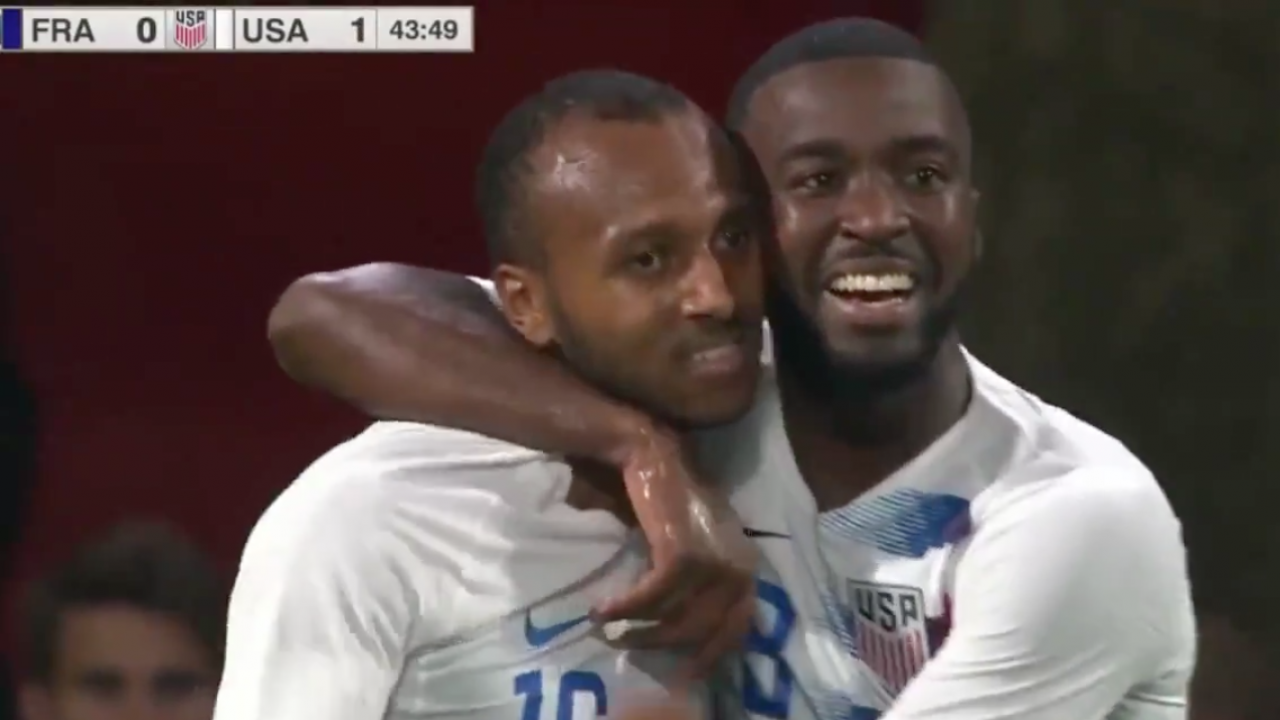 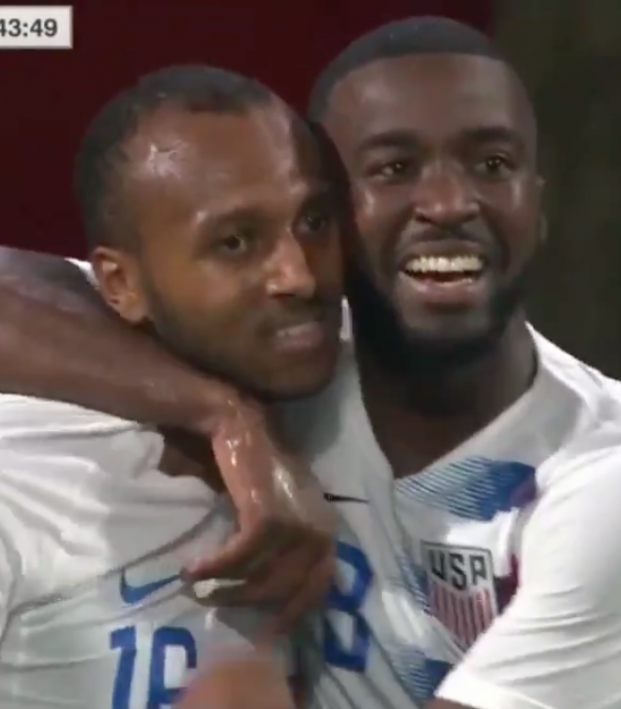 U.S. Should Be A World Cup Favorite After 1-1 Draw With France

Travis Yoesting June 9, 2018
Some young kids from the U.S. took it to the World Cup’s most expensive team.

Before the USMNT vs France match on Saturday in Lyon the stadium PA played the Gloria Gaynor classic “I Will Survive.” You had to wonder if the kids Dave Sarachan opted to play could survive against the most valuable World Cup squad. The kids did one better than survive — they tied the team many consider a World Cup favorite 1-1.

Earlier this year we shared with you Jurgen Klinsmann’s prediction that the U.S. could reach the semifinals of the 2018 World Cup. Perhaps he sold the U.S. short. Clearly after this result in a friendly, the USMNT should be a favorite to win the whole dang tournament. The USMNT’s group opponents Italy, Netherlands and Chile better watch out.

France had more possession and more shots but it was Julian Green (remember him?) who scored first for the U.S. With one of his few touches of the opening 45 minutes, Green found a way past Hugo Lloris in the closing moments of the first half.

IT. ONLY. TAKES. ONE.@J_Green37 beats Hugo Lloris near post to give  the lead on French soil. pic.twitter.com/gJ59iqOcBO

Green was the man who scored for the U.S. against Belgium to give the USMNT hope in the 2014 World Cup Round of 16. The 23-year-old’s only other goals for the U.S. came in friendlies against Cuba and New Zealand in October of 2016.

Early in the second half, Bobby Wood thought he made it 2-0 but was narrowly offside and the goal was called back.

It took until the 78th minute for France to equalize, Kylian Mbappe turning in a low cross from Benjamin Pavard.

#France finally get their goal after endless pressure, with Kylian Mbappé guiding Pavard's cross into the bottom corner. That was a long-time coming, #USMNT were defending too deep for too long. 1-1. #FRAvUSA #FRAUSA pic.twitter.com/xTUxvDDuNw

Nonetheless, the U.S. held on for a huge point away to France, in what ESPN commentator Taylor Twellman called the most difficult friendly in USMNT history. The draw will do wonders for the confidence of the young players as the average age of the starting lineup 22, with three 25-year-olds and no one older. Bobby Wood’s 38 caps were more than the entire rest of the starting XI combined.

The U.S. defense did well to limit one of the strongest strike forces in the world. Many of France’s 19 shots came from long range, few threatening Steffen’s goal, though when needed Steffen was on hand with safe hands.

His best save came in the closing moments, a double save on Nabil Fekir and Ousmane Dembele.

Fantastic double save by Zack Steffen in the final minute to preserve the draw for #USMNT! Pushed away Fekir's long range effort, then quickly reacted to deny Dembele's follow-up. The #CrewSC GK has certainly cemented himsefl as the new #1 for USMNT. #FRAvUSA #FRAUSA #MLS  pic.twitter.com/MHoEEtcXwW

Of course, a match like this always has its caveats. The French players were playing as a warm-up before heading to Russia for the World Cup, none wanting to risk injuring themselves ahead of the biggest tournament of their lives. The U.S. players were a young group eager to prove themselves and not shy about risking injury to put forth a good showing for anyone watching.

That didn’t prevent the scariest moment of the USMNT vs France match, when Matt Miazga and Olivier Giroud clashed heads in a bloody encounter early in the second half. Both players were immediately substituted.

Just as the U.S. did in its friendly against Ireland last week, the U.S. featured rainbow numbers on the back of the jerseys to promote equality for Pride Month.

Paul Pogba was booed by French fans in Les Bleus’ last friendly, but he was lively throughout, starting with striking the post in the fifth minute.

Soon after, Pogba nearly set up Olivier Giroud in the box with a great pass into the box. Giroud cried for a penalty but he grabbed Cameron Carter-Vickers just as much as the Tottenham defender grabbed Giroud.

Superb outside of the foot ball by Paul #Pogba to find Olivier Giroud in the box. A few penalty appeals by #France, but nothing there really. #USMNT#FRAvUSA #FRAUSA pic.twitter.com/fKYuCHktuG

Pogba again came close with a clever turn to create space for an effort that in the end wasn’t a difficult save for Zack Steffen.

Oh and Pogba sprinkled this in too in the first half.

And he had this exchange in the second half.

Of course, none of those skills mattered after the USMNT vs France friendly finished in a 1-1 draw.

At least the U.S. did better in France than Jozy Altidore's lady friend Sloane Stephens, who lost the French Open final on Saturday.