Travis Yoesting November 11, 2017
Atlanta’s Miguel Almiron had the best-selling MLS jersey while four teammates were also ranked in the top 25.

Atlanta United set the MLS season attendance record in its first year in the league and fans did more than just show up — they bought plenty of jerseys. Paraguayan sensation Miguel Almiron had the top-selling MLS jersey for the 2017 season. The Atlanta United midfielder had five teammates with him in the list of the top-selling MLS jerseys released by Major League Soccer on Friday.

Below is the complete list of the 25 top-selling MLS jerseys:

Almiron had nine goals and 14 assists to help Atlanta United make the playoffs in its inaugural season. He was joined on the top-25 list by teammates Josef Martinez (third), Hector Villalba (15th), Greg Garza (18th) and Yamil Asad (24th). By comparison, Minnesota United had one player (Christian Ramirez) in the top 25 in its first season. 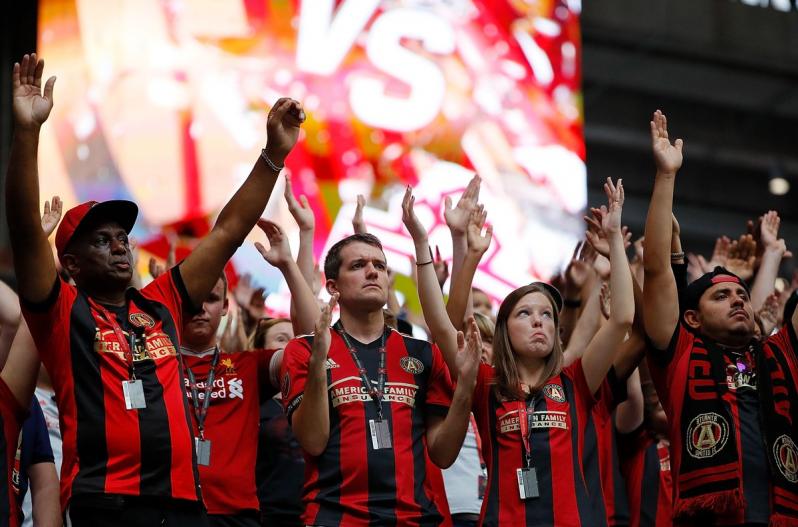 The sales rankings were based on retail sales of adidas MLS jerseys on MLSStore.com from the start of 2017 to the end of the season. Last year’s top jersey seller, Andrea Pirlo, slipped from first to ninth.

Others in the top five included Chicago Fire’s Bastian Schweinsteiger in second, Seattle’s Jordan Morris in fourth and NYCFC’s David Villa in fifth. Designated players Sebastian Giovinco of Toronto and Kaka of Orlando City were ranked No. 7 and No. 8, respectively.

Seattle actually edged Atlanta for most players in the top 25 with six. Clint Dempsey was sixth while Nicolas Lodeiro, Osvaldo Alonso, Roman Torres and Christian Roldan were also top sellers.

Dempsey and fellow USMNT player Graham Zusi are the only players to have appeared in the top 25 for the past four seasons. Zusi barely made the list this year, coming in at No. 25.

With Atlanta and Seattle combining to take up nearly half of the list, 10 clubs didn’t have anyone ranking in the top 25: Columbus, New York Red Bulls, Philadelphia, Montreal, DC United, Vancouver, Houston, FC Dallas, Real Salt Lake and Colorado.

Five of the top-selling MLS jerseys were No. 10s, the most of any number. There were three No. 7s and three No. 8s. Seven of the jerseys belonged to players who have received call-ups for the USMNT in the last year.