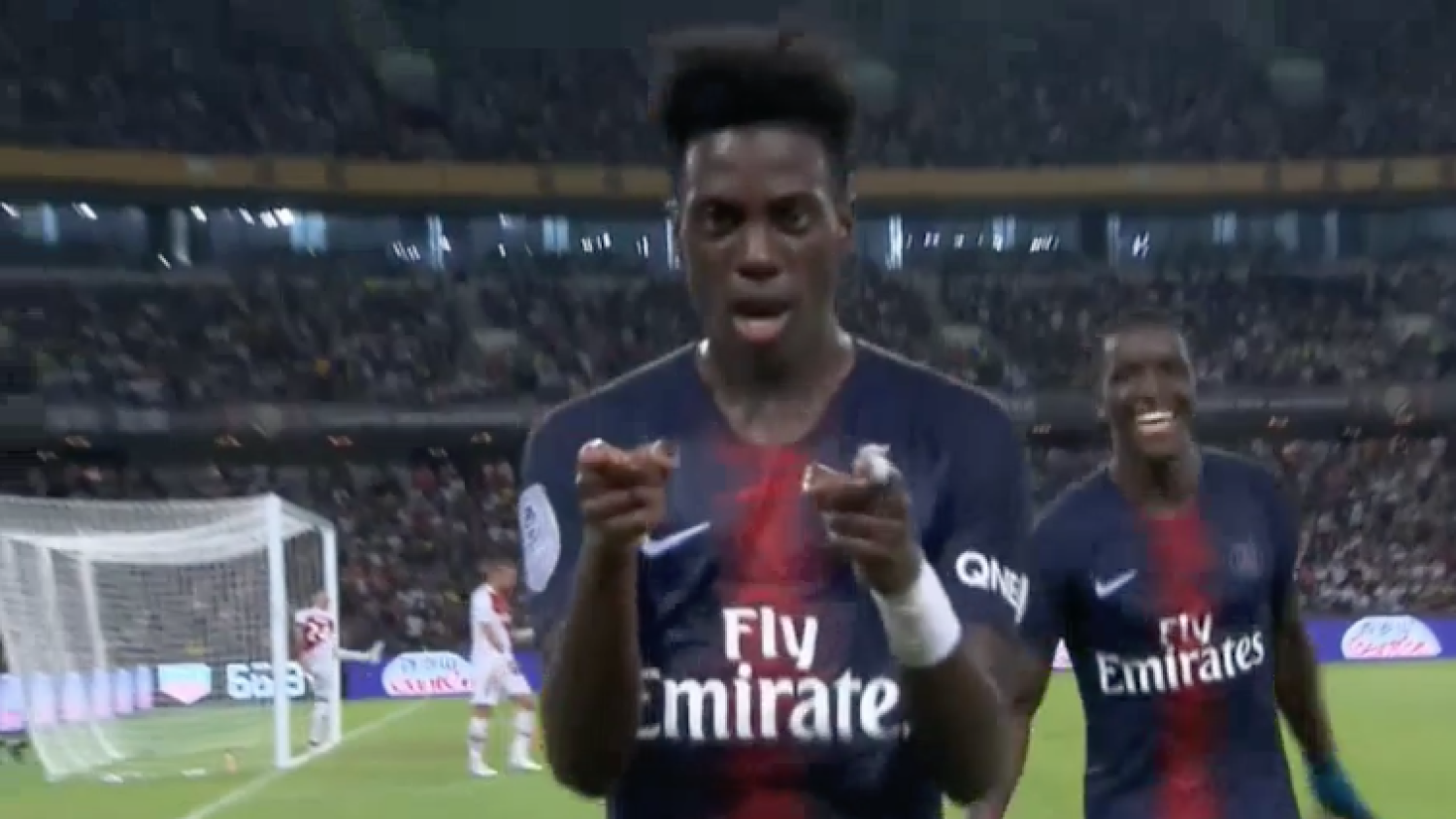 Weah wasn’t the only American to score overseas on Saturday.
Streamable

At 18 years of age, Timothy Weah is making the most of his opportunities with Paris Saint-Germain early in the 2018-19 season. After a playing well in the International Champions Cup with a goal and an assist in three matches, the Tim Weah goal vs Monaco on Saturday was the American’s first in a competitive match for PSG.

The son of former Ballon d’Or winner George Weah has been given plenty of opportunities in the last few weeks leading the line for the French champions with many of the usual suspects up front still recovering from the World Cup. Without Edinson Cavani, Neymar or Kylian Mbappé around, Weah has shown new coach Thomas Tuchel that he is a reliable choice at striker.

Weah scored against Bayern Munich with a powerful run on July 21. He also drew a penalty kick against Arsenal.

But those were preseason friendlies. On Saturday, the season began in earnest, with the French Trophée des Champions — essentially the French version of the Community Shield — which was played in China.

PSG started a few more regulars against Monaco like Ángel Di Mariá, Adrien Rabiot, Thiago Silva and Marco Verratti. Neymar even came off the bench for his first appearance since the World Cup.

But the highlight of the day, at least from an American perspective, was the Tim Weah goal vs Monaco, coming in the 67th minute.

While left back Stanley N’Soki did a lot of the hard work, Weah did well to place his target out of the reach of Monaco keeper Diego Benaglio.

The Tim Weah goal vs Monaco made it 3-0 on the way to a 4-0 victory for PSG. Di Mariá scored twice and Christopher Nkunku added another on a cross Weah nearly got his foot to first. The nicest of the bunch was Di Mariá’s first, a beautiful free kick.

Overall it was a good day for young Americans abroad. Antonee Robinson, who on Friday signed a new contract with Everton before being loaned out to Wigan, started the season opener at left back with the Latics in the Championship. Wigan beat Sheffield Wednesday 3-2.

And Lynden Gooch started in the season opener for Sunderland, albeit in League One because jfc that team’s got problems after back-to-back relegations, finishing dead last both times. He scored the game winner as Sunderland finally found some competition it can beat, Charlton Athletic.