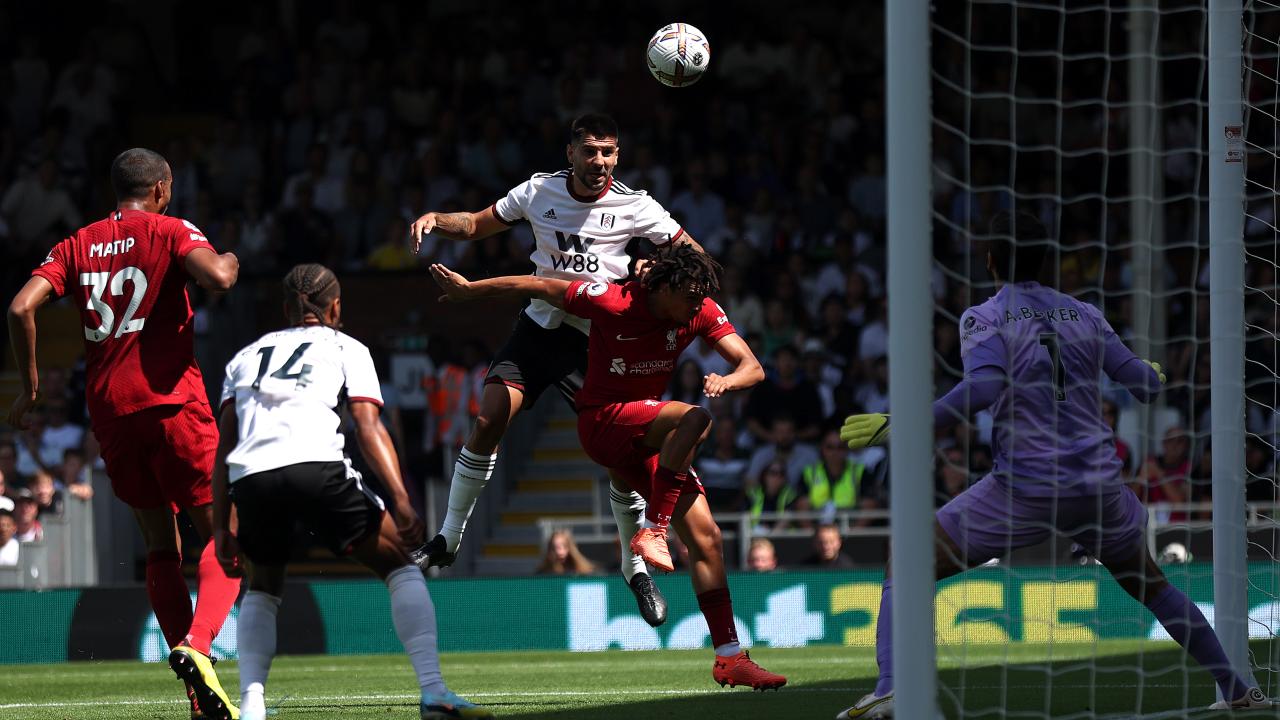 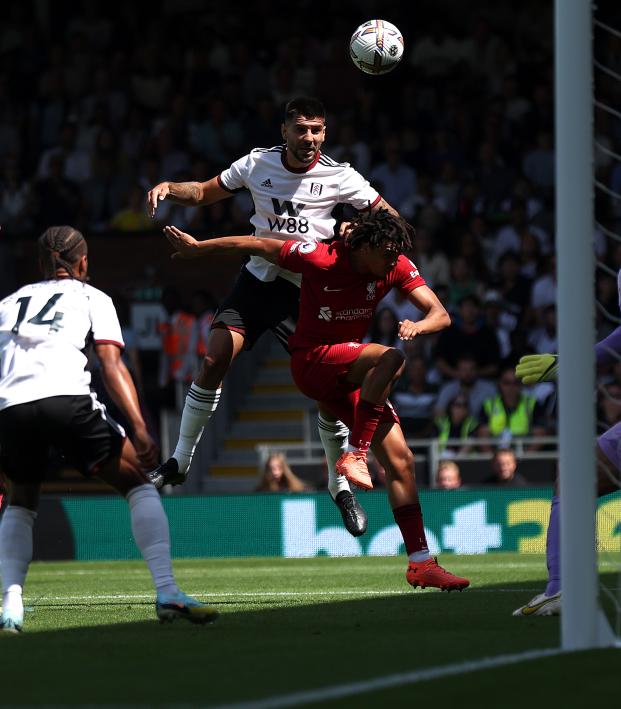 This Weekend On Soccer Twitter: TAA Dunked On & Medford Messi

Soccer is ever-moving. Just as soon as one season end, the next begins, and with it comes an overwhelming supply of games, moments and, most importantly, memes from the past week. Here, we make sure that you never miss a moment of the greatness that goes on in just 280 characters. This is “This Weekend On Soccer Twitter.”

Starting us off was a moment in Saturday’s early fixture. Liverpool dropped points away to newly promoted Fulham, but the game will be best remembered for one moment. Fulham scored its first goal thanks to a header from Aleksandar Mitrović, who absolutely humiliated Liverpool’s right back Trent Alexander-Arnold. This gave the cottagers the lead and the internet more reason to slander Trent “Absolutely-Awful.”

Trent got dunked on but i remembered he’s in my FPL pic.twitter.com/ZyQvnFEZ6d

Trent when he has to defend pic.twitter.com/aVQNEOlqbC

A less noteworthy but equally laughable moment came after the match when Liverpool manager Jürgen Klopp cited the excessively dry grass to explain why his side played so poorly. Many people shared their opinions online, but no one was more petty or perfect than Fulham itself, and we are all for it.

Leeds began its season with a lot of excitement surrounding its coach, Jesse Marsch, as well as new signings Tyler Adams and Brenden Aaronson. The American trio has brought the side a large fan base among stateside-viewers, and many tuned in for what turned out to be a great match. After going down 1-0 early, Leeds brought it back level midway through the first half and then took the lead with just over 15 minutes to play. The goal has since been declared an own goal, but it was at first given to Aaronson, leading to mass hysteria among American supporters.

No need to get carried away but.. #LUFC pic.twitter.com/r7wdOeMT90

Me looking at my fpl points go down as Aaronson's goal gets changed to an O.G: pic.twitter.com/3KilkDXPWb

Finally, Manchester United’s life under new manager Erik ten Hag officially began, and the Red Devils looked as poor as they ever have. With Cristiano Ronaldo on the bench and new signings making their debuts, the side looked downright horrendous as Brighton left with a massive 2-1 win away from home. There was plenty to criticize and nobody held back, not even Brighton.

'It worked against Groningen' pic.twitter.com/ZIAOln82bP

Martinez seeing Dunk, Webster and Welbeck in the box when Brighton win a corner today pic.twitter.com/mregE6EurB

Congratulations to Bayern Munich on winning the 2022-23 Bundesliga title. pic.twitter.com/v5CRPNCJS9

Gabriel Jesus played extremely well but let down every fantasy owner who has him,

Giorgio Chiellini let the intrusive thoughts win and stopped an attack with his hands,

Yerry Mina had a bit of a moment with Raheem Sterling,

And Aston Villa fans are not thrilled with Steven Gerrard following their side’s loss to Bournemouth.

he has to go blud pic.twitter.com/WFr6aMCnCc

Come back next week as LaLiga and Serie A return just for two teams to have a chance at winning either competition, Real Madrid and Frankfurt face off in the world's most pointless cup competition and Spurs take on Chelsea to determine which team had the worse transfer window.