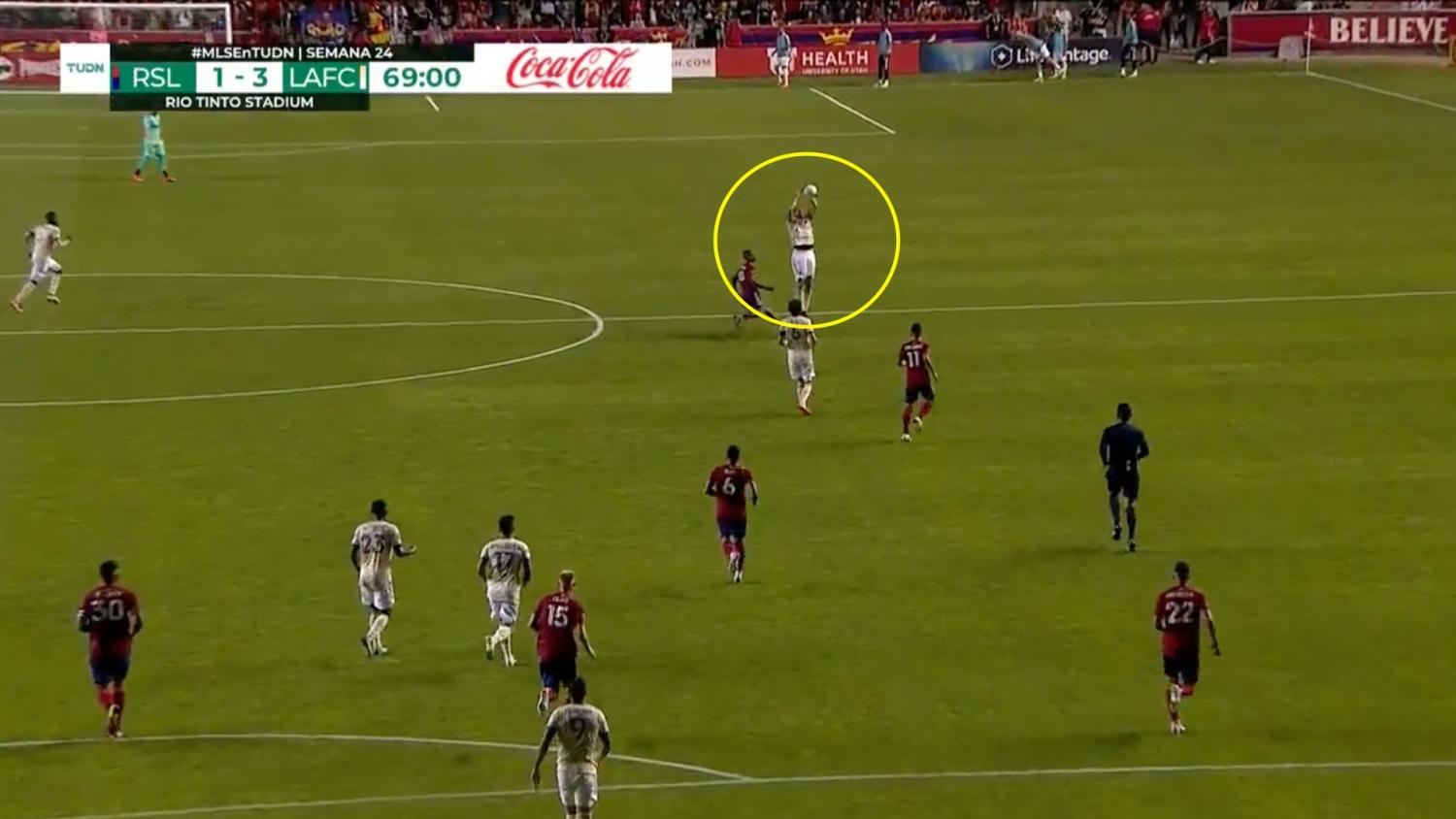 Defenders have an old saying: "The ball can pass you or the opponent, but never both at the same time." It's a philosophy, a way of life. And Giorgio Chiellini is one of its highest priests.

Of course, it's shithousery at best and the Italian has given us plenty of moments showcasing the doctrine throughout his lengthy pro career. In England, for example, people don't forget how he dragged Bukayo Saka to the ground in the 2020 Euro Final. And now, Giorgio has given MLS fans the first taste of this controversial art form.

The exhibition was during LAFC's visit to Real Salt Lake. The team was comfortably winning 3-1 when Chiellini tried to stop an opponent's attack. But the Italian let the ball bounce and when he saw he could not stop it, he blocked it with both hands as if he was playing volleyball.

Rio Tinto Stadium has no turf but natural grass, so no excuses.

A few people demanded a red card for the Italian, but since the play was in the middle of the pitch, the ref opted for a fair yellow.

Thanks for the laughs, Giorgio.