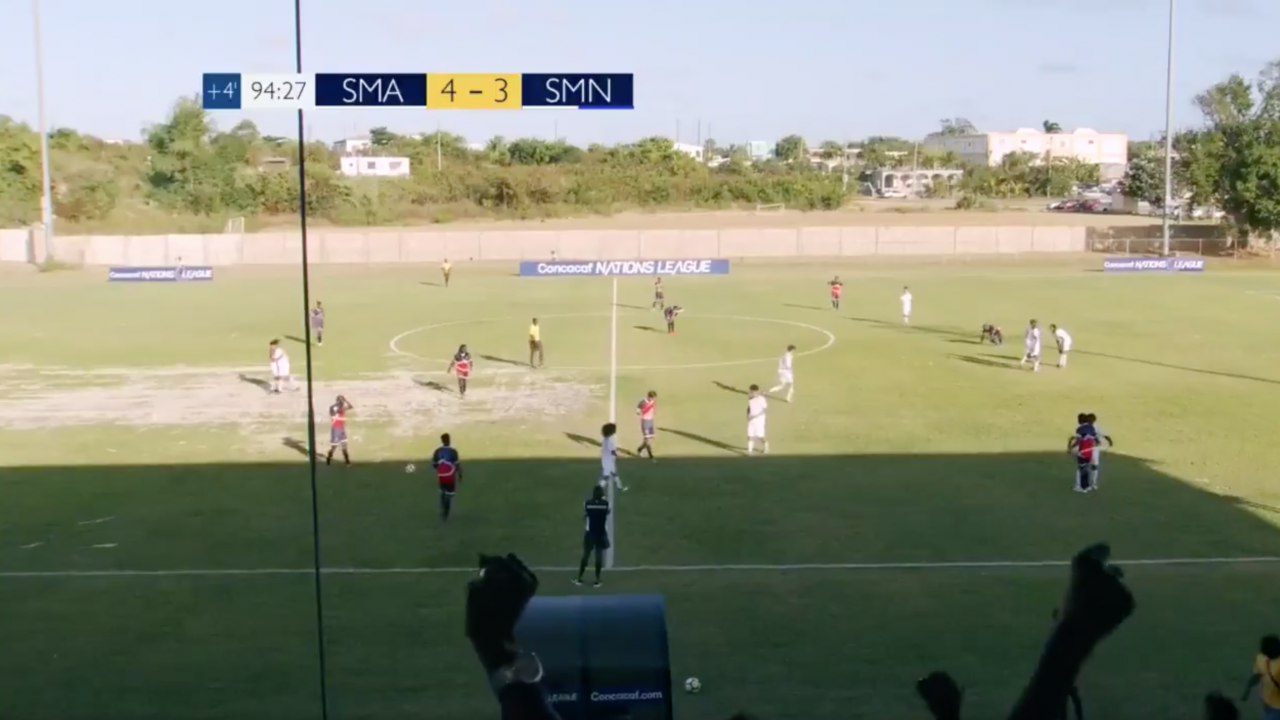 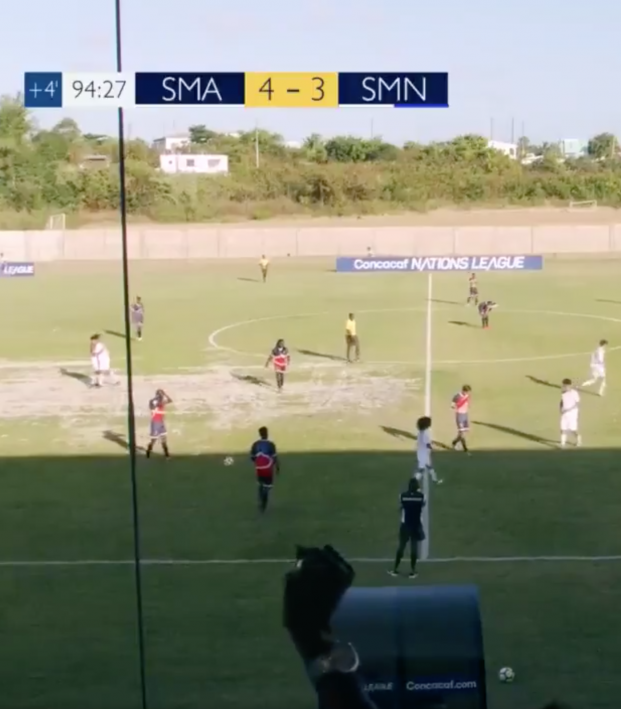 Travis Yoesting March 23, 2019
This is Concacaf at its best.

Concacaf Nations League qualifying is coming to a close this weekend with the final round of matches. Concacaf teams outside the top six in the region are attempting to qualify for the Gold Cup (including tiny Montserrat) and determine which league they start in for the Nations League.

The fourth and final match day pitted teams of even quality, national teams placed into the same pots based on FIFA ratings.

This meant a rare matchup between the Sint Maarten national team and that of Saint Martin, two Caribbean countries who share an island. Sint Maarten is the Dutch half while Saint Martin is the French half. 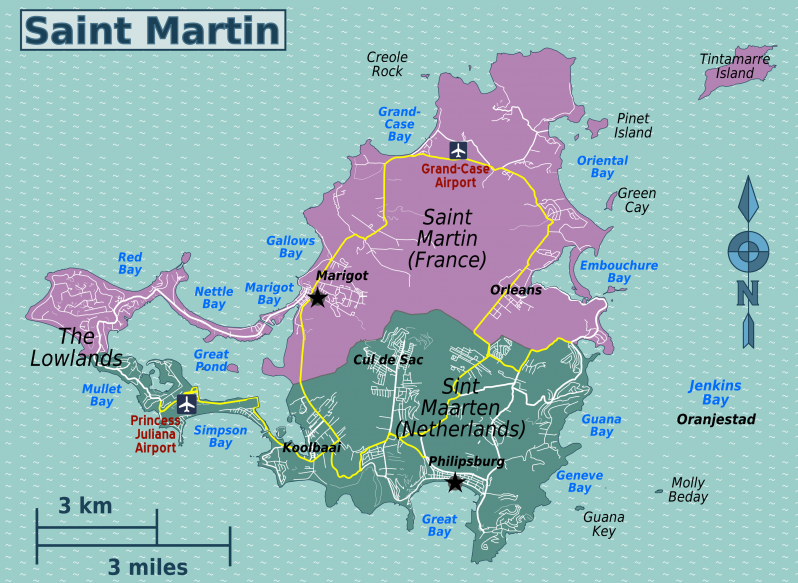 As far as we can tell, there has never been an official meeting between Sint Maarten and Saint Martin. Neither team is an official member of FIFA, but both joined Concacaf in 2002.

The match was a wild one, with the Sint Maarten national team winning 4-3 thanks to two goals from Smally Lake. Danilo Cocks had two goals for Saint Martin, but one was an own goal. No, we’re not making those names up.

The real hero of the match was anyone trying to verbally describe the match to someone else, particularly the man doing play-by-play.

Sint Maarten and Saint Martin are nearly identical phonetically, making the English-language announcer have to rely on his Dutch and French accents to differentiate the two teams.

It sounds like a nightmare. Decide for yourself how he did based on the highlights below.

Check out all the action of Sint Maarten 4-3 victory over Saint Martin | #CNL #TheDreamStartsNow pic.twitter.com/vD5SeE036e

The Sint Maarten national team ended up with the 4-3 win, we think. Who can really tell?

Both teams will start the Concacaf Nations League in League C despite Sint Maarten’s win.

Really though, it was just great seeing both teams competing in an official match after the island was hit hard by Hurricane Irma in 2017.