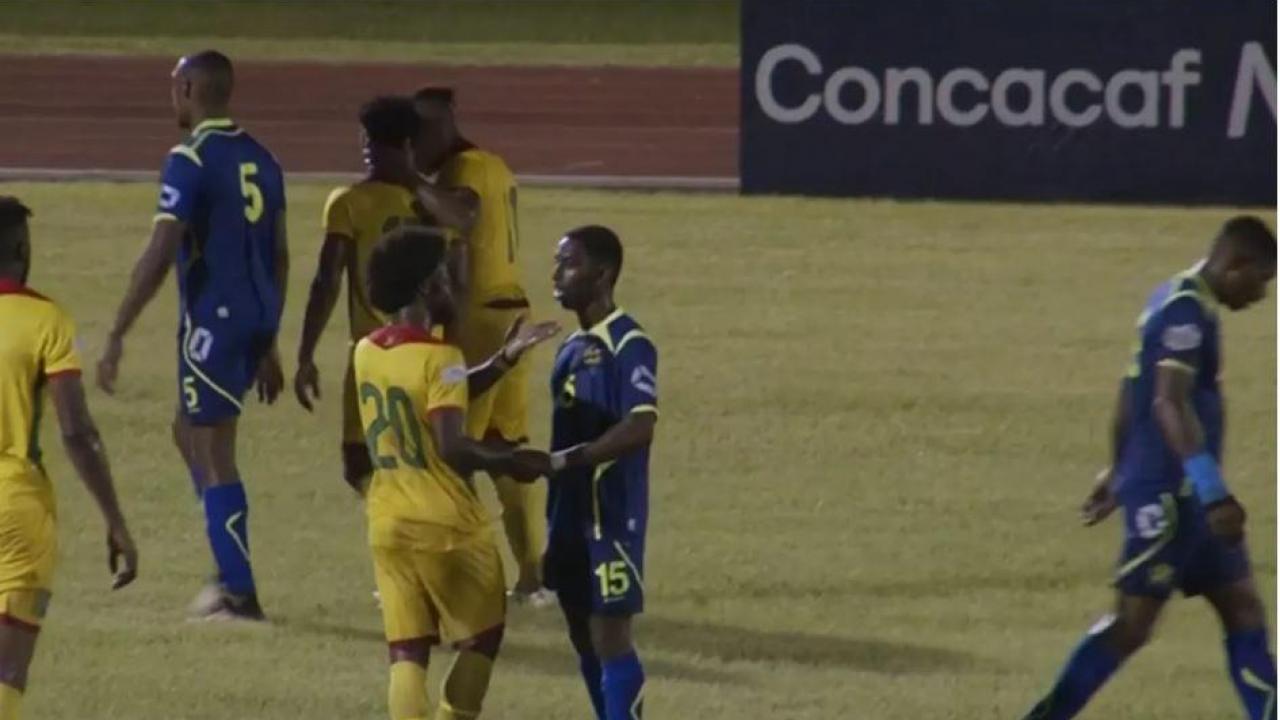 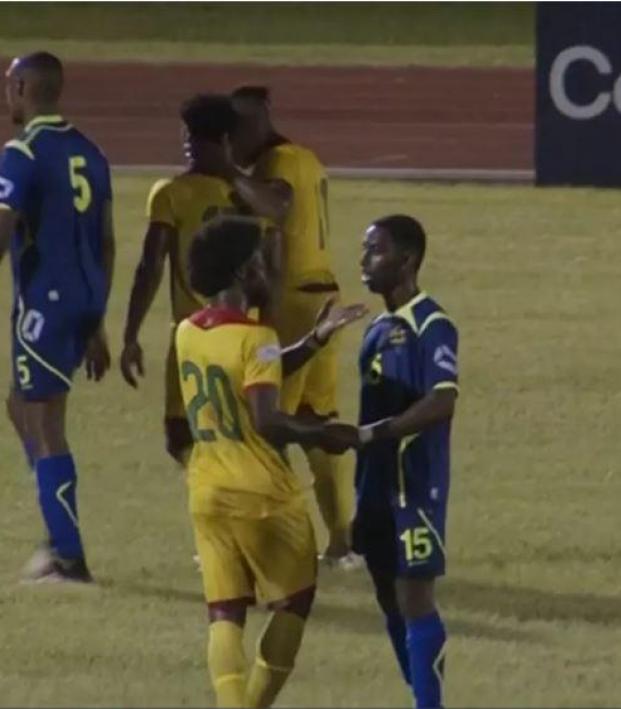 Travis Yoesting September 7, 2018
Aside from the top six nations in Concacaf, qualifying for next year’s Nations League starts now.

Lost amidst the scratched Frenchmen and bashed Irishmen during the opening day of the UEFA Nations League on Thursday was the start of the Concacaf Nations League. Kind of.

The 2019-20 Concacaf Nations League began on Thursday afternoon and evening with two matches, both ending in draws.

Historic day for the Concacaf Region! The Nations League Qualifiers are off!

With the exception of the six participants in the 2018 World Cup qualifying Hexagonal, the remaining 35 teams (well, 34 because Guatemala was suspended) are starting qualification for the inaugural Concacaf Nations League, to officially begin in 2019.

Mexico, the United States, Costa Rica, Panama, Honduras and Trinidad and Tobago all are exempt from qualifying and will be placed in League A by virtue of reaching the final six of Concacaf World Cup qualifying. Everyone else, however, must qualify for League A, B or C.

The remaining teams, ranging from Canada and Jamaica in Pot A to Anguilla and the British Virgin Islands in Pot D, will be placed into a giant 34-team table. It’s as absurd as it sounds. 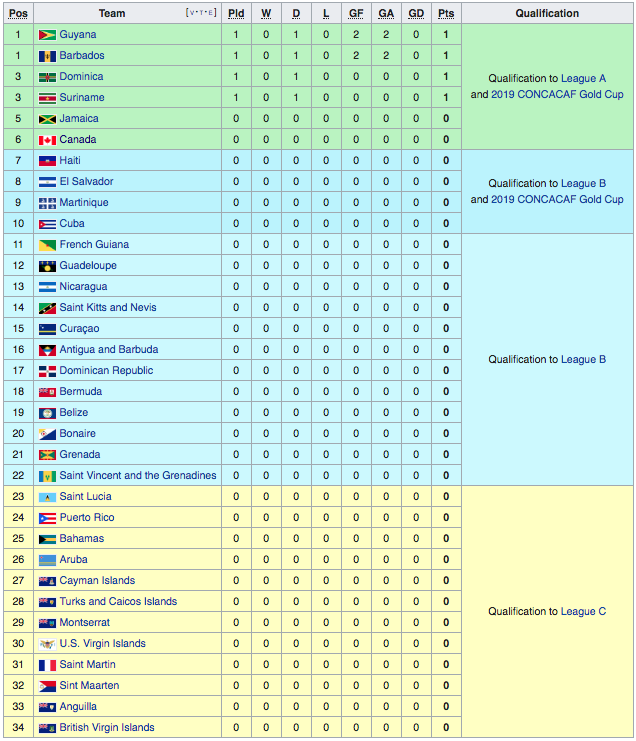 But it’s not a complete free-for-all. Each team plays one team from each pot, including its own. So Canada (and wonderboy Alphonso Davies) will play the U.S. Virgin Islands from Pot D, Dominica from Pot C, Saint Kitts and Nevis from Pot B and French Guiana from Pot A. Not exactly a tough road into League A for the Reds, though with so many teams there won't be a large margin for error.

After the four matches, the top six teams will go into League A with the six from the hex and automatically qualify for the 2019 Concacaf Gold Cup. Teams finishing seventh through 22nd in the table will be placed in League B, with the seventh through 10th teams earning Gold Cup berths as well. The final 12 nations join League C.

So Thursday’s two matches marked the official start of the Concacaf Nations League, though the official group stage won’t begin until Sept. 2, 2019.

Thursday’s matches began with a 0-0 draw between Dominica and Surinam. Here are the highlights, but if we’re being honest it might not be worth the 60 seconds of your time.

The second match of the day, between Guyana and Barbados, at least had some action in it. The first two goals of the Concacaf Nations League were scored by guys named Bobb and Hope.

If you’re wondering when we’ll get some interesting matches to watch, you might be waiting a while. Match Day 4 is when Pot A teams face off against each other, with those matches scheduled for March 21-26. But even those matches aren’t super exciting outside of maybe Jamaica vs. El Salvador.

Once all of the qualifying is complete, the Concacaf Nations League will divvy up all of its teams into four groups in each league, with promotion and relegation just as with the UEFA Nations League.

Leagues A and C will include three teams per group while League B will have four teams per group. The inaugural Concacaf Nations League Final Championship will be in March of 2020, featuring the four League A group winners.

What does it all mean?

Right now, not too much if you’re a fan of the U.S. or Mexico, which won’t become involved until Sept. 2019. Canadians will be drawn into the competition to ensure their team qualifies for the Gold Cup. With the Canucks already qualified for the 2026 World Cup, the process of creating a competitive team eight years down the road begins now.