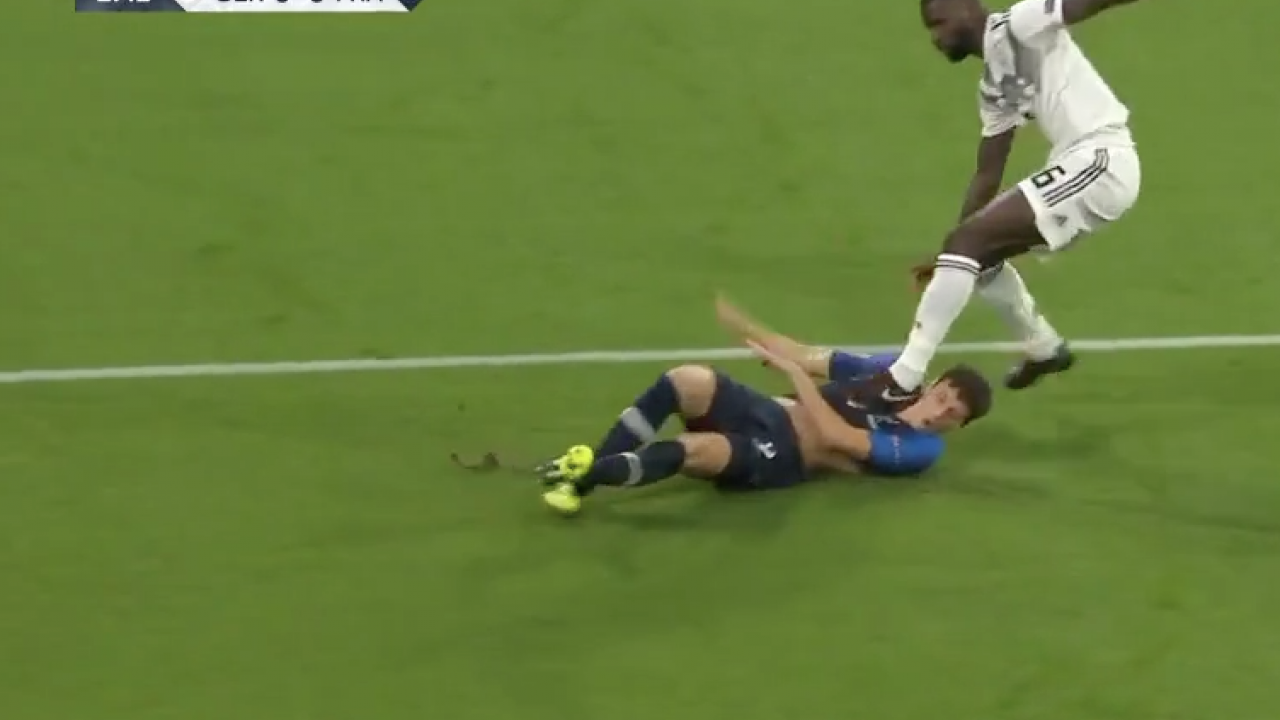 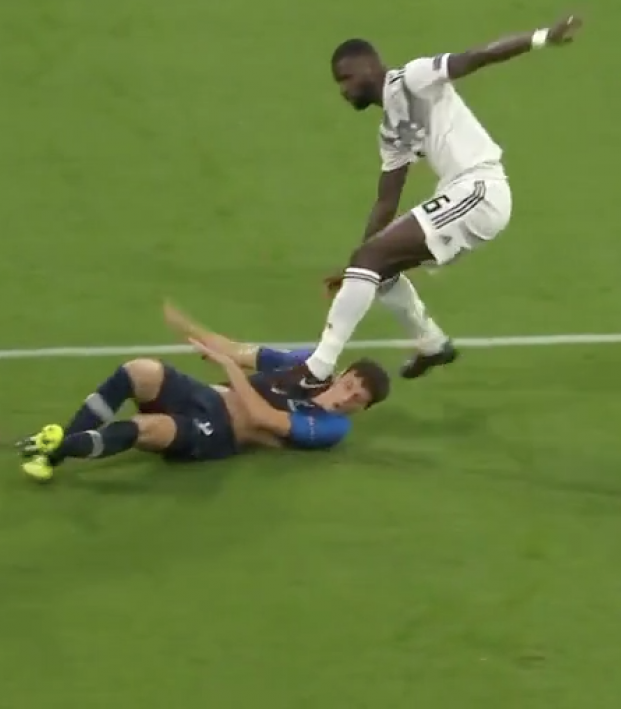 It was supposed to be the best matchup of the first match day of the UEFA Nations League, the last two World Cup champions going at it on the first day of the new competition. Unfortunately, aside from a few lively moments from Kylian Mbappé early and Germany late, the match was mostly tepid, finishing in a 0-0 draw.

While the match was without breakthrough, one player did have a breakthrough or three — on his neck. France’s Benjamin Pavard was surprised to find the cleat of Germany’s Antonio Rüdiger on his neck early in the match, and it left a mark.

Benjamin Pavard has some battle scars after Antonio Rudiger accidentally stood on his neck... pic.twitter.com/nLN0tGqJ70

The painful stomp occurred in the third minute, with Rüdiger, for some reason playing left back, charging up the flank before being dispossessed by a sliding tackle from Pavard. Rüdiger’s momentum took him into Pavard and the Germany defender’s cleat ripped up Pavard’s neck.

It’s debatable whether or not Rüdiger’s stomp was intentional. It looks intentional in slow motion but less so at full speed. Rüdiger was not punished for stomp.

Afterward, the scratches looked like Pavard had either lost a fight with a wolverine or gone through a night locked up in a haunted house with Zak Bagans and the Ghost Adventures crew. You know the show on Travel Channel, where three or four bros overreact to inaudible noises and claim to be scratched by supernatural beings. If you’re unfamiliar, here’s a cat reenacting the show, which is far more entertaining. (Now if we can just get some cats to reenact the Rüdiger stomp on Pavard.)

It’s also possible Rüdiger didn’t actually stomp on Pavard and the Frenchman merely got bit by this spider that later invaded the screen.

This gives a new meaning to Spider Cam.

Fortunately, Pavard was able to continue on and had a solid game. Pavard is one of the top young defenders in the world and even scored a brilliant goal against Argentina during the World Cup, which was voted the best of the tournament.