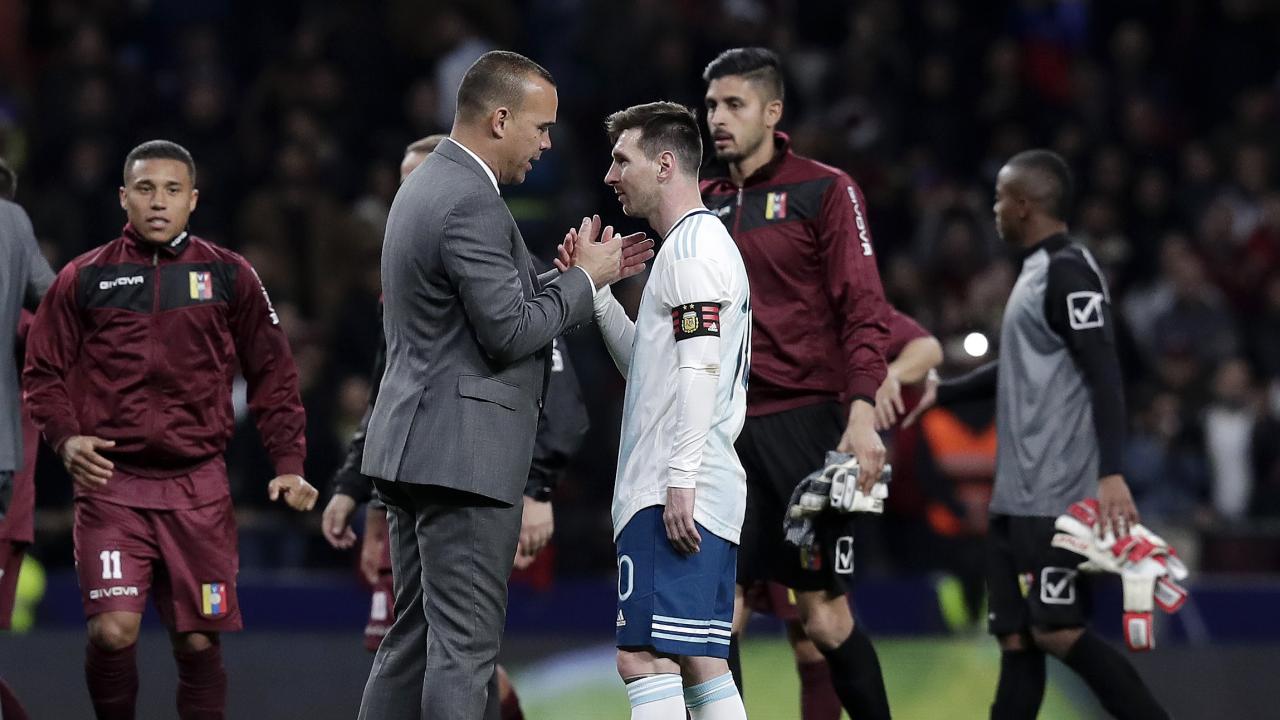 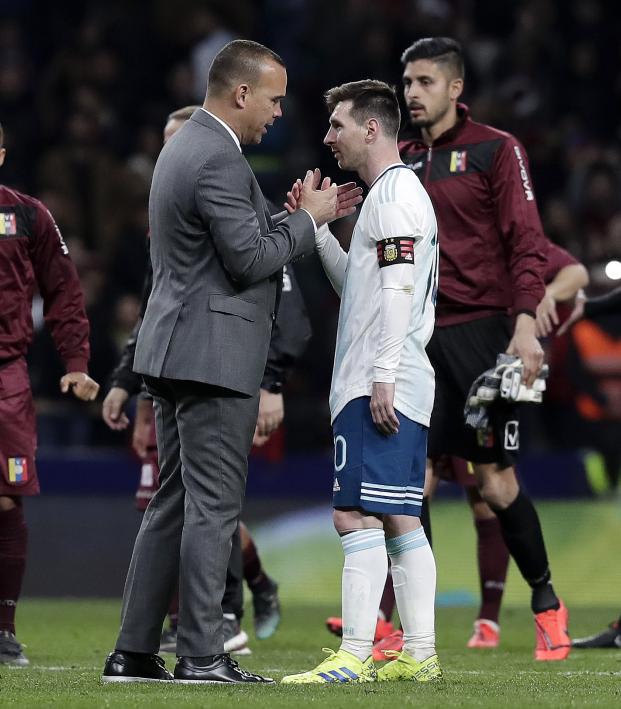 Travis Yoesting March 23, 2019
Rafael Dudamel said he felt denigrated for being used politically despite having just made Messi look human.

After the match, he said he was offering his resignation as Venezuela national team coach.

Dudamel said he felt he was used politically after meeting with Antonio Ecarri, the pick of Juan Guaidó to be ambassador to Spain. Guaidó is the head of the National Assembly who is opposing Nicolas Maduro’s presidency in Venezuela, with some countries recognizing Guaidó as the acting president of the country. Maduro's re-election in 2018 was deemed illegitimate by some foreign governments.

The meeting between the Venezuela national team coach and players and Ecarri was supposed to be private, Dudamel said, but Guaidó posted the meeting to social media.

After the meeting, Venezuela went out and beat Argentina 3-1 in a friendly at the Wanda Metropolitano, La Vinotinto’s first win over La Albiceleste since 2011.

The match was the first time Lionel Messi played for Argentina since the 2018 World Cup, but it wasn’t a happy return for La Pulga.

Once again, the rest of the team struggled around him, while he spent the whole game looking like he regretted his decision to return.#ARGVEN #Messi  pic.twitter.com/CXknC1KJgw

Jhon Murillo then made it 2-0 just before halftime.

Messi did spark the attack that led to Argentina’s lone goal in the 59th minute.

GOOOAAAL: @Argentina break free and Lautaro Martínez cuts the @FVF_Oficial lead in half

But Major League Soccer star Josef Martinez put the match away with one of his trademark hop penalty shots in the 75th minute.

GOAL: A skipping Josef Martinez converts from the spot to put @FVF_Oficial up - over @Argentina

“Today was denigrating; it’s unfortunate how they have acted,” Dudamel said.

Dudamel did say he would stay on for a friendly against Catalunya, a national team not sanctioned by FIFA or UEFA, on Monday in Girona. He'll then speak with federation officials to discuss his future.