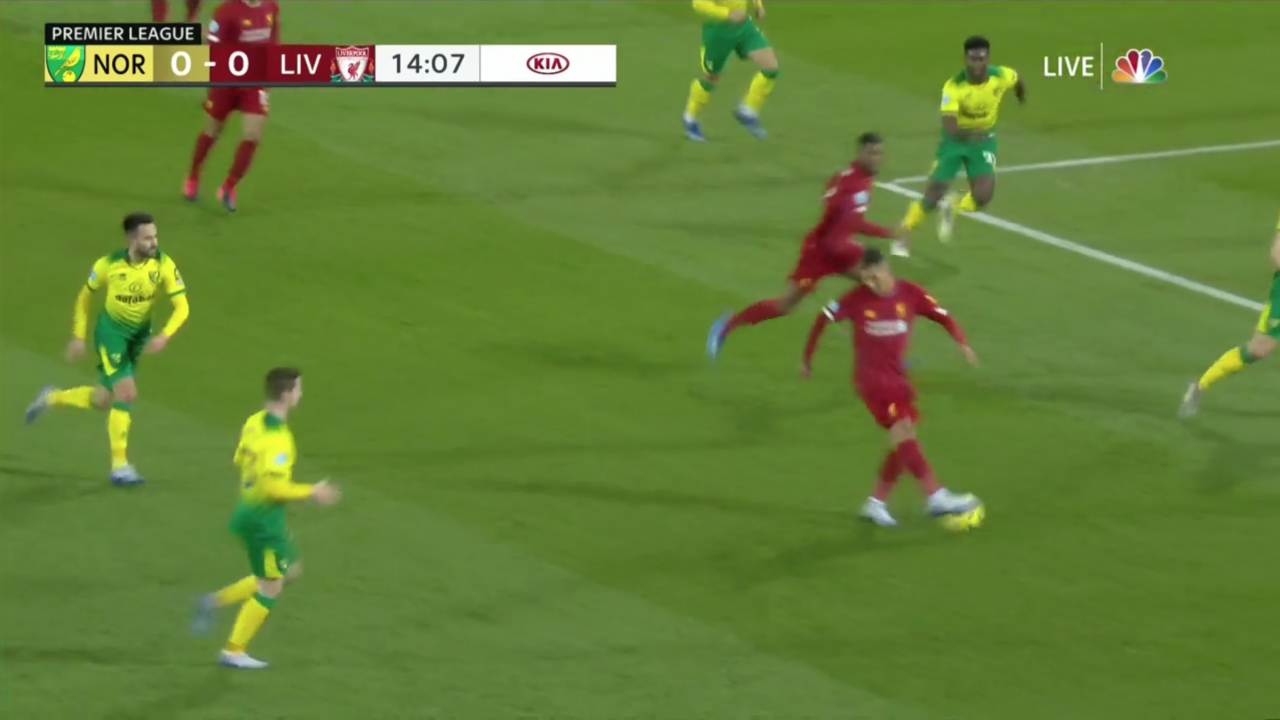 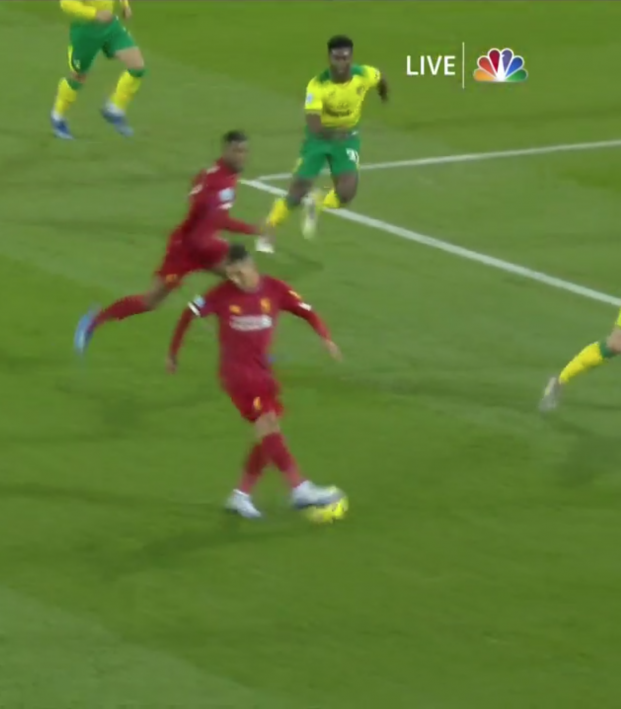 Forget Man City, Bobby Firmino Should Be Investigated For These Dark Arts

Travis Yoesting February 15, 2020
Liverpool’s Roberto Firmino did Norwich dirty with a ridiculous trick in the first half.

Liverpool marched on to yet another win, scoring late and great to eventually see off last-place Norwich City 1-0 in a match that was much harder than the Reds might have expected on Saturday at Carrow Road.

Liverpool has now taken 76 points from a possible 78, which is just stupid if you think about it. If this happened in any other league in Europe (or the world), detractors would use it as proof to say the rest of the league is no good. But in England, Liverpool is hailed as one of the greatest teams of all time, and it’s hard to argue against that.

The Reds’ 43-match unbeaten run includes 17 straight Premier League wins, a streak that continued despite Jurgen Klopp surely having an eye on a Champions League showdown with Atlético Madrid on Tuesday.

But a day after Manchester City, Liverpool’s nearest rival in England, was handed a two-year Champions League ban, might we suggest that UEFA investigates Reds forward Roberto Firmino next?

What the Brazilian did to Norwich on Saturday was nothing short of magic and should probably be banned from the beautiful game, lest defenders quit en masse.

In the first half, Bobby Firmino set up a chance for Georginio Wijnaldum with a flabbergasting no-look pass.

Despite the hocus-pocus from Firmino, Liverpool struggled to break down Norwich. Much like PSG’s 4-4 draw with 19-place Amiens earlier in the day, the league-leading Reds couldn’t put away a motivated home team.

The match remained scoreless for more than an hour because of some heroic goalkeeping from both sides.

In the first half, Alisson was able to use his big paw to knock the ball away to deny a two-on-one opportunity.

Tim Krul one-upped the Brazilian in the second half with this remarkable double save.

Neither side can find a goal at the moment  pic.twitter.com/Y2AdTDoocz

Liverpool fans, always feeling aggrieved over something, felt the Reds should’ve had a penalty kick in the 67th minute. Lukas Rupp clearly impedes Virgil van Dijk on a set piece but neither the referee nor the VAR felt it was enough to award a spot kick. While it looked like a foul, van Dijk gets away with physical play like that all the time, so we’ll call it karma, especially given what happened later in the match.

Alexander Tettey nearly scored the opener in the 73rd minute when he struck the post with a shot that seemed to catch Alisson off guard.

In the end, it was Sadio Mané who netted the winner, finding the same sort of fortune in the box Rupp found at the other end of the pitch.

As Jordan Henderson played a long ball over the top, Mané shoved Norwich center back Christoph Zimmerman to create enough space to bring down the ball with one brilliant touch and fire home the winner with his second.

It was a beautiful goal if you ignore the push on Zimmerman, which the referee and VAR did.

Immediately after the goal, our website was flooded with people looking up our story about when Liverpool can win the league, with fans clearly counting their chickens before the eggs hatched. But the eggs did hatch, even if Firmino ran out of magic when he blasted a close-range shot over the bar, and Liverpool won 1-0.