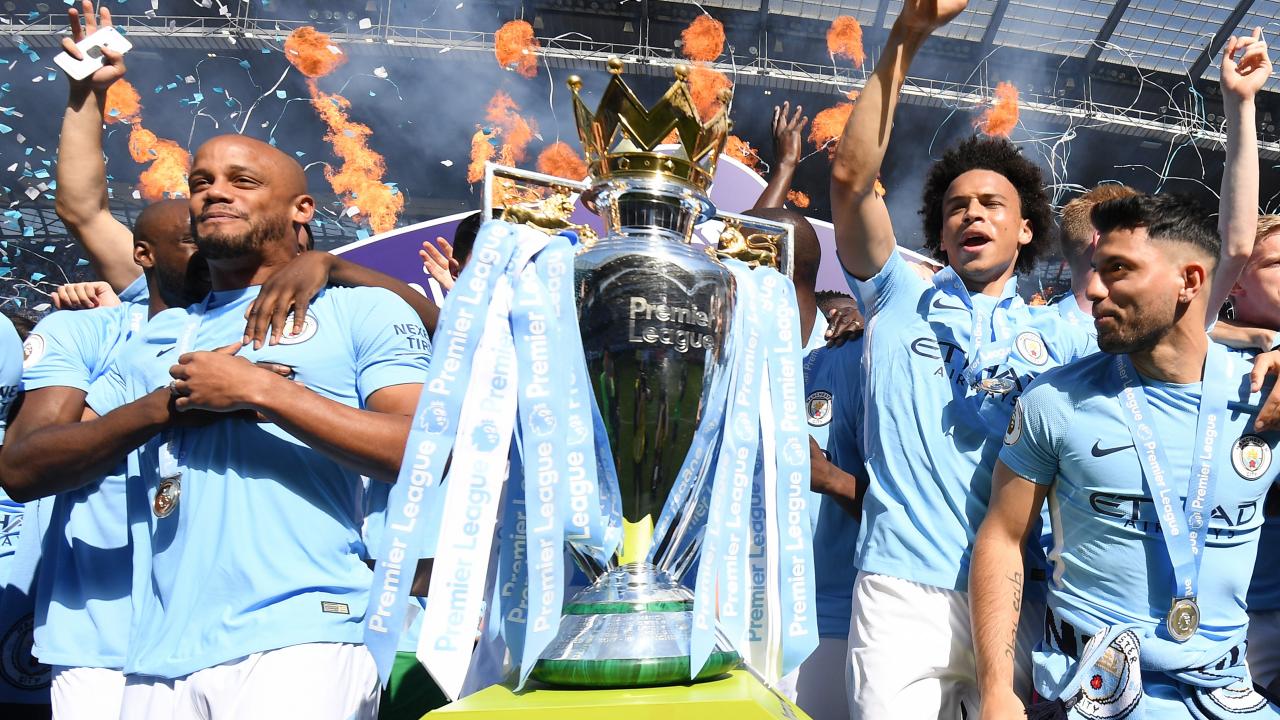 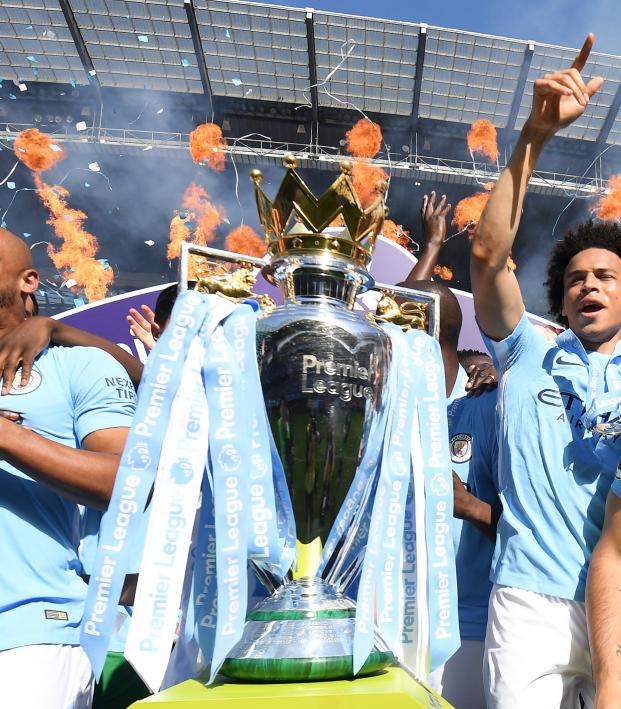 The World Cup is still fresh on our minds but the European club season is already here. So of course it’s time for some 2018-19 Premier League predictions.

Manchester City ran away with the title last year but it’s anyone’s guess who brings home the trophy this season. Pep Guardiola’s side is likely to focus more on the Champions League this season, which could open the door for another team to win the Prem. Can Jurgen Klopp turn his head-to-head dominance of Manchester City into Liverpool’s first ever Premier League championship? Will Jose Mourinho just shut up and let his stars shine? Can Tottenham in contention at the top despite a quiet summer? How will Chelsea fare with yet another new boss? And what the hell is Arsenal gonna do without Arsene Wenger?

At the other end of the table, none of us are expecting much from Cardiff City, but after that it’s anyone’s guess who will be relegated.

The 2018-19 season promises to be an exciting one. Last year our Premier League predictions turned out to be pretty accurate. At least one of us said Mohamed Salah would be the signing of the year, Alvaro Morata would be the biggest disappointment, City would win the title and Liverpool would go the furthest in the Champions League. The only thing we really all got wrong was Arsene Wenger leaving the Gunners.

So our 2018-19 Premier League predictions are sure to be spot on, but not as spot on as our resident chameleon Leon's picks. Below is Leon's quest to eat 19 crickets, leaving one remaining as champion. As you can guess, it take a long time to track 20 crickets frantically moving. So stay tuned to find out his champion!

Which new signing will have the biggest impact this season?

Bryce Badwan (@BBadss): There are some good ones out there. Liverpool got a lot better with pretty much every signing. Fulham threw some cash around and got Seri... Even Filipe Anderson is kind of exciting for West Ham. But I'm going to go a different route and stick with my Uruguayan lad Lucas Torriera finally bringing a solid defensive option in the midfield for Arsenal. His work rate and distribution is something I don't think the Gunners have had for some time.

Connor Fleming (@ConmanFleming): I haven’t seen much of him, so I’m excited to watch Naby Keita play. Any player that draws comparisons with Deco is fine by me.

Which manager will get the axe first?

CF: Neil Warnock. I think Cardiff will spend a lot of time at the bottom, so Warnock could be out the door in a couple months.

TY: Javier Gracia, Watford. The Spaniard doesn’t have a great track record and Watford is likely to battle relegation this season.

Which player will be the biggest disappointment?

BB: I'll go and say Allison. I just don't know if he will really move the needle that much for Liverpool based on the amount that they paid for him.

CF: Riyad Mahrez. I don’t think he’ll come close to matching his totals of 34 starts, 12 goals and 10 assists from last season, but that should be expected of a $78 million signing.

TY: Harry Kane. After a World Cup that was kind of successful, he’ll have a drop off in form trying too hard to win the Golden Boot.

Who wins the Golden Boot?

BB: Probably Harry Kane but that's no fun so I'll say a new name gets in the mix and a full season in the Premier League will see Pierre-Emerick Aubameyang lift the golden boot come seasons end.

TY: Mohamed Salah, Liverpool. I don’t see any reason why he won’t have another spectacular season.

Who has complained more about his team’s chances, Rafa Benitez or Jose Mourinho?

BB: Mourinho. Rafa's complaining is really sad and he has a legit gripe. Jose Mourinho should focus less on the game he plays with the media and more on his uber-talented team that under performs.

CF: Jose Mourinho. Any player in Manchester United’s entire squad would waltz into Newcastle’s starting 11 and instantly be considered one of the club’s greatest players of the last 20 years. Benitez’s complaints the other day were a long time coming — he's won a lot of fans with his work ethic in a role that Mourinho would've walked away from in a matter of minutes.

TY: Jose Mourinho, only because Rafa has legit complaints while Mourinho is just trying to make excuses.

BB: I don't think they will. Last year was absolutely bonkers. And after a record-breaking season (look at the G.S. Warriors) I think M.C. won't go all out in the PL like they did last year. They'll obviously go for it, but Champions League success will be their main focus.

CF: No, I think we’ll have a much more competitive season and City will drop points in more than six matches this time around.

TY: I think if they start off strong, they’ll want to keep it going to break even more records and even challenge Arsenal’s Invincibles. Otherwise they’ll just do enough to win the league and concentrate on the Champions League.

Who wins the title?

BB: Going to go with Liverpool. The Reds and City will be duking it out all season and it will be absolutely glorious. Head-to-head Liverpool seems to have the Citizens’ number. But it will all come down to Liverpool bucking the trend of dropping points to teams they simply shouldn't drop points to.

CF: Liverpool. City’s obviously the favorite here, but what Jurgen Klopp did at Dortmund when wresting the title away from Bayern looks like a very real possibility in England.

TY: Manchester City. The Citizens didn’t get any worse after dominating last season. None of the competitors did enough to make up the huge gulf between City and the rest of the league.

How will the top six look at season’s end?

Who will be relegated?

Which Premier League side will go furthest in the Champions League?

CF: Manchester City. I think they might win it.

Will Arsene Wenger still be with Arsenal next season?

Enjoy the season, even if our Premier League predictions have already spoiled all the drama.