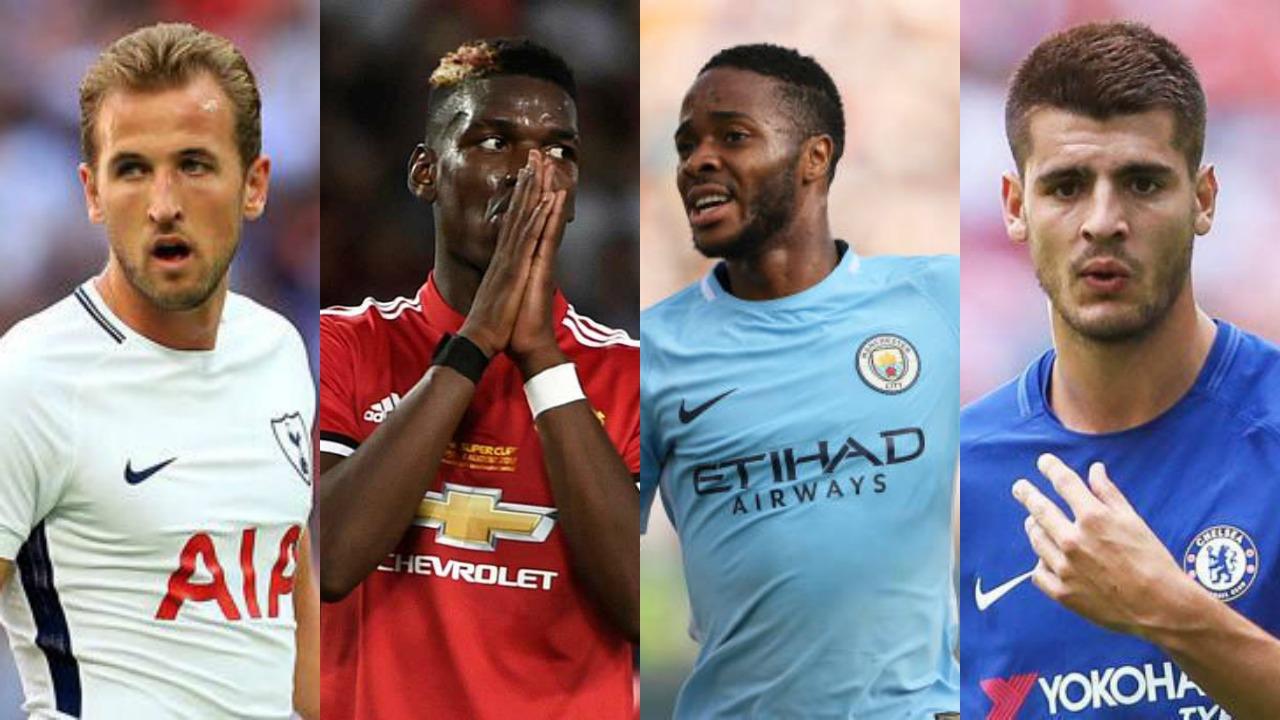 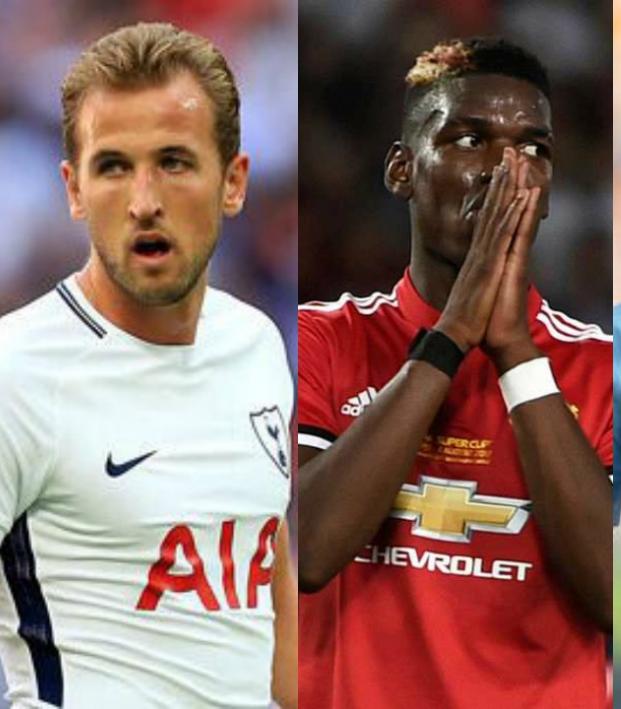 Heroes, Villains And Deviants: Previewing The Latest EPL Season Of All Time

82 days have passed since we put a lid on the 2016-17 Premier League season, but now it’s time to do it all over again. We’ll be treated to the same storylines we’ve all come to know and love (Arsenal in crisis, Newcastle United on the verge of self-inflicted implosion, Manchester City spend a lot of money), but we’ve also been provided with some fresh takes to look forward to.

How will Crystal Palace fare under former Ajax manager Frank de Boer? How will the likes of Brighton and Huddersfield Town perform in their debut EPL seasons? Will Wayne Rooney’s 30 goals be enough to win the title for Everton? Hmm, we wonder.

So let’s get started before the season actually starts and this is late and worthless.

#1. Who will be the signing of the season? 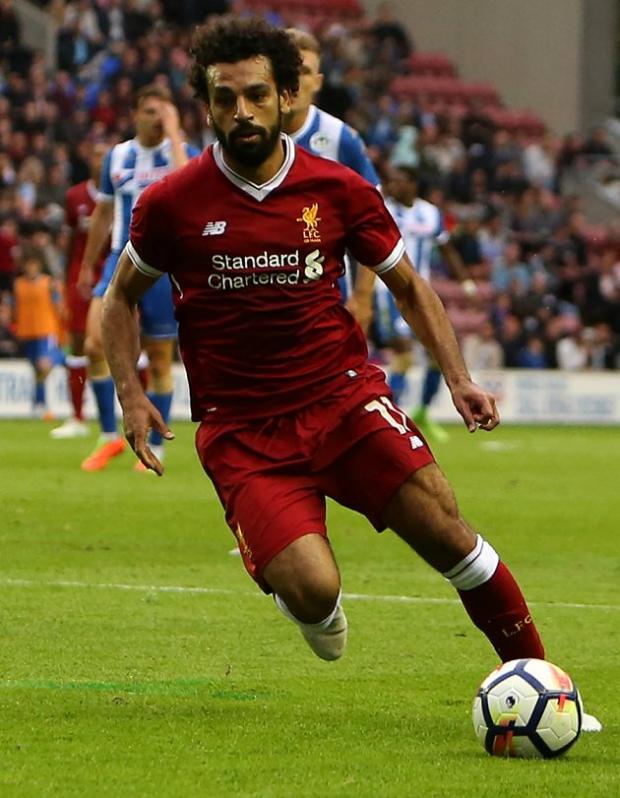 Mohamed Salah will be vital for Liverpool this season. Photo: @LFC_Fanly | Twitter

Travis Yoesting: Stuart Taylor, hands down. The backup journeyman goalkeeper for Southampton has already won the honor because of this:

Bryce Badwan: A tough question, loaded with the expectation of saying Romelu Lukaku. I will resist the urge to say that and go with Mo Salah. Liverpool's attack last season (mostly due to injury) would fall flat on its face after a flying performance. Salah adds another pacey weapon to the attack. He cures the Reds' troubles away from Anfield and helps them beat teams they're supposed to beat.

Connor Fleming: Manchester City’s Bernardo Silva. Having landed the diminutive midfielder back in May, the hype surrounding the former Monaco man has been muted by all the other transfer noise. He’s going to romance the EPL audience all season long.

#2. Which player will be the biggest disappointment? (Doesn’t have to be a new signing) 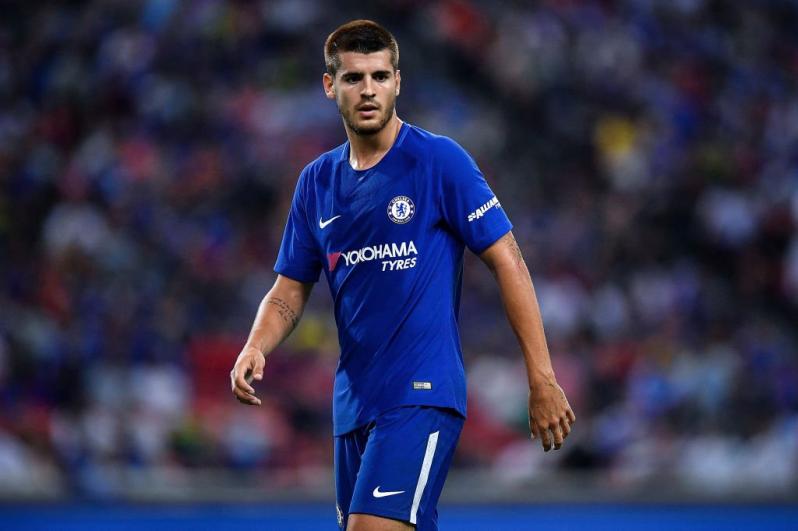 BB: Alvaro Morata is my pick here. It will take time to adjust to the Premier League, and I just think Diego Costa fit the Chelsea mold better than he does. Not saying he will be horrible, but I think by Chelsea standards, he'll be a disappointment.

CF: Alexis Sanchez. He was on another planet last season and can only go down from there. Coming off his third straight summer tournament with Chile, surrounded by transfer noise and with Alexandre Lacazette enlisted to shoulder more of the burden, I sense a stop-start season before a massive performance at the World Cup. 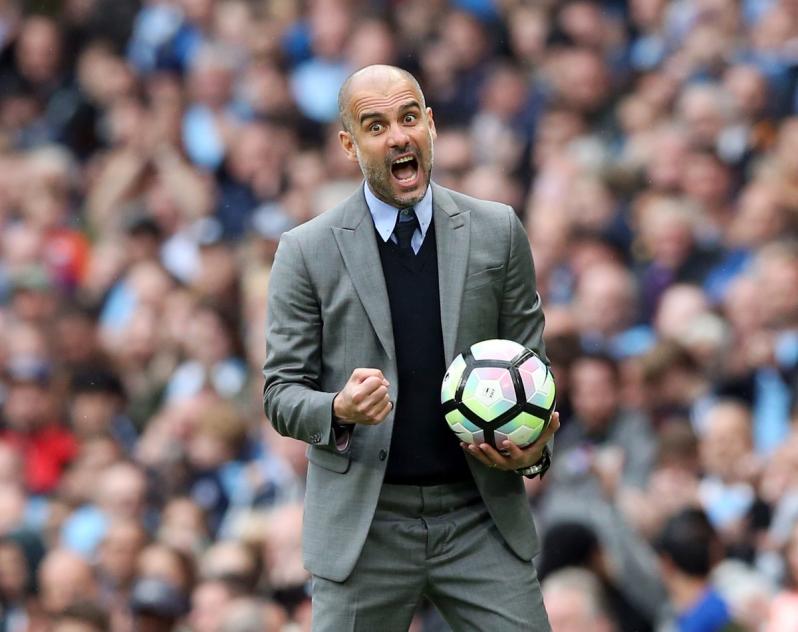 TY: Manchester United. Jose Mourinho has his type of team in place now with Nemanja Matic commanding the middle, Romelu Lukaku battling up front and Marouane Fellaini being Maroaune Fellaini. Both teams have questions in the back, but United has the better goalkeeper.

BB: I might as well flip a coin here. Right when I hype one up, I come up with reasons why the other can be just as good. I'm going to go with Manchester City. It was an up and down season last year, but Pep led the Cityzens to a third place finish. When Manchester City is on, they're GOOD. They'll find more consistency this year. I'll ride with the light blue to finish higher than the Red Devils.

CF: Manchester City. Guardiola has trimmed his squad, he’s strengthened the defense and the law of averages says that Ederson should be a decent enough goalkeeper. 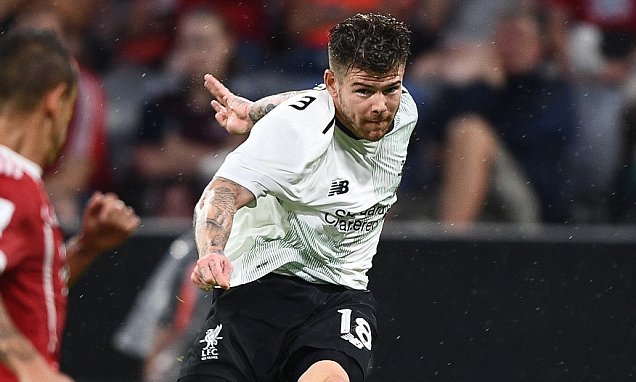 Half of The18 staff has gone with Alberto Moreno's Liverpool. Photo: @ScoopLiverpool | Twitter

TY: Assuming the planet survives nuclear war between the U.S. and North Korea, Manchester United, if only because Jose Mourinho’s clubs typically win the league in his second season. Really, any of the top six could rise to the top (OK, maybe not Arsenal). Every club is flawed in some way, so it should be a fun season.

BB: LIVERPOOL - and that's not because I have a Vegas bet on them. 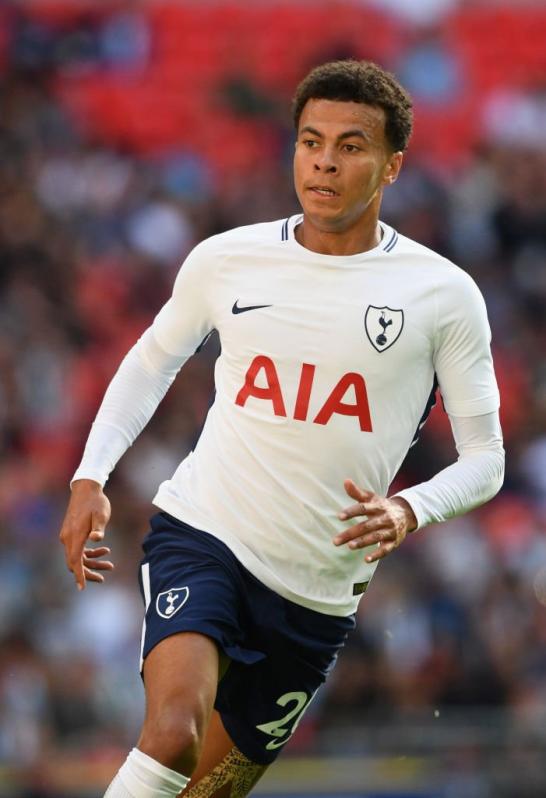 A quiet summer has seen our staff give up entirely on Tottenham. Photo: @WhoScored | Twitter

#6. Is Arsene Wenger still Arsenal manager come the start of the 2018-19 season? 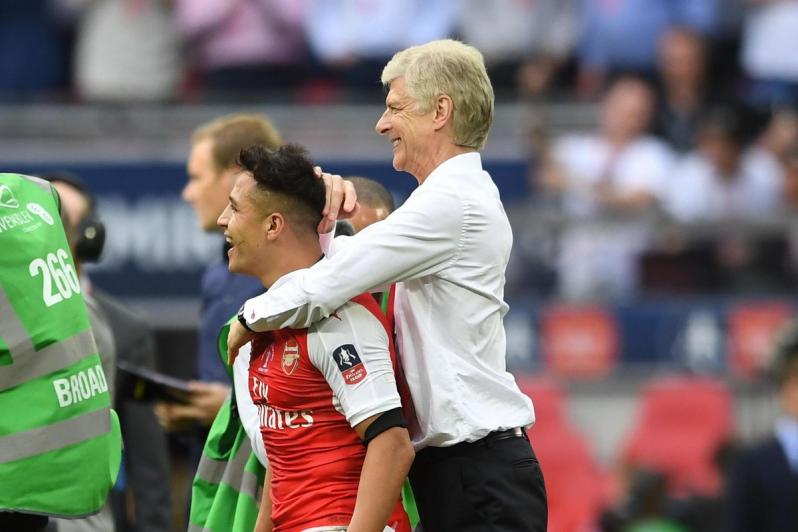 TY: Yes. He’s an institution and won’t be forced out by the weak Arsenal board after signing a two-year contract extension after the 2016-17 season.

BB: Yes, because they finish in the top three. The question is really if Alexis is still there.

CF: Yes, Arsenal return to the top four and secure a trophy in one of their three cup competitions.

#7. Which three clubs get relegated? 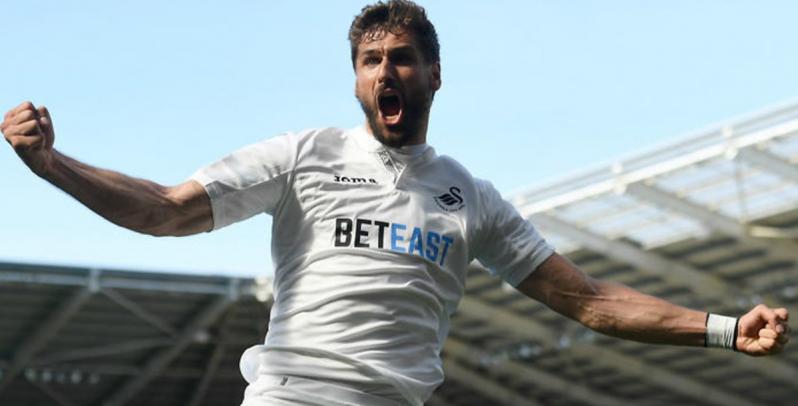 #8. Which of the five English clubs goes the furthest in the Champions League? 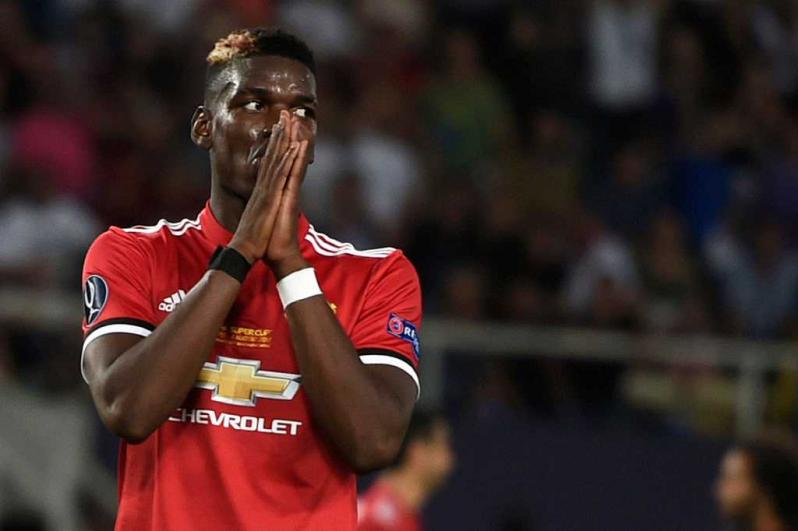 How will the Europa League champions fare in the UCL? Photo: @SquawkaNews | Twitter

TY: Manchester City. Pep Guardiola has one of the deepest clubs in Europe and will use that to reach the quarterfinals.

BB: Based off my rankings you might not expect this, but Chelsea. I foresee a down year for the Blues in the league, but their team suits Champions League football, as long as David Luiz doesn't ruin it for them.

CF: Manchester United. The tactics of Jose Mourinho, the goalkeeping of David de Gea and the game-changing abilities of Paul Pogba and Romelu Lukaku will see them reach the semis. 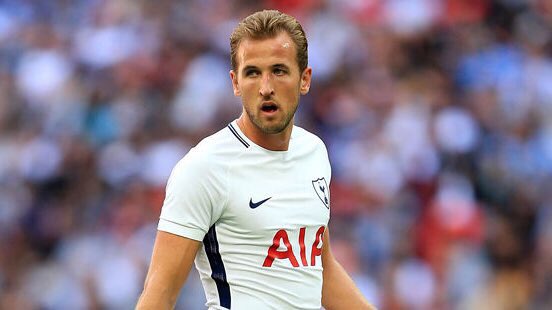 TY: Thibaut Courtois. Did you see that penalty he took in the Community Shield? Pure class.

BB: Gabriel Jesus. Take it to the bank.

#10. Which club has the best chance of doing a Leicester City? 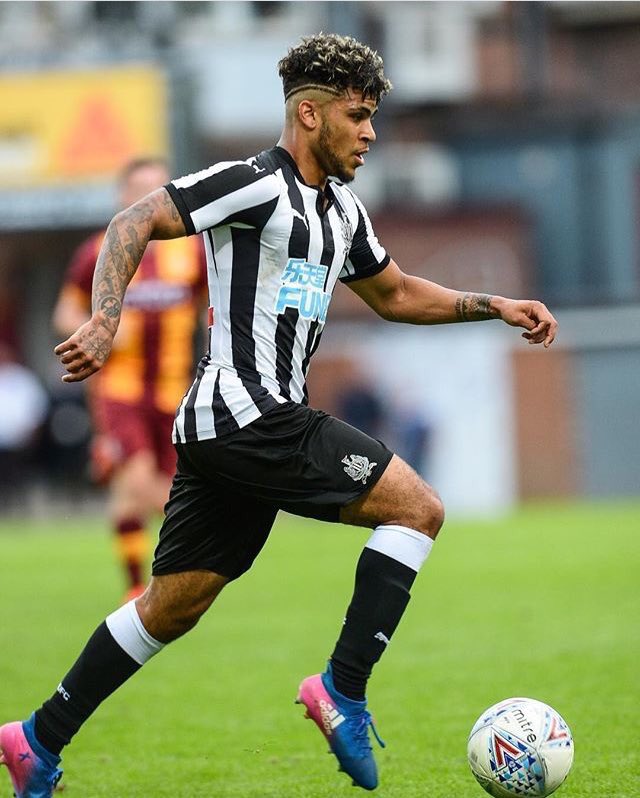 TY: Newcastle United. Rafa Benitez is still one of the best managers in the world and the club has plenty of momentum from winning the English League Championship. Plus, they’ve got DeAndre Yedlin.

BB: Newcastle or West Ham are my choices here. Newcastle for 3 reasons: My colleague Connor Fleming has me feeling good about them, Rafa Benitez is like a Claudio Ranieri, and YEDLIN (USA, USA, USA) +GAYLE.