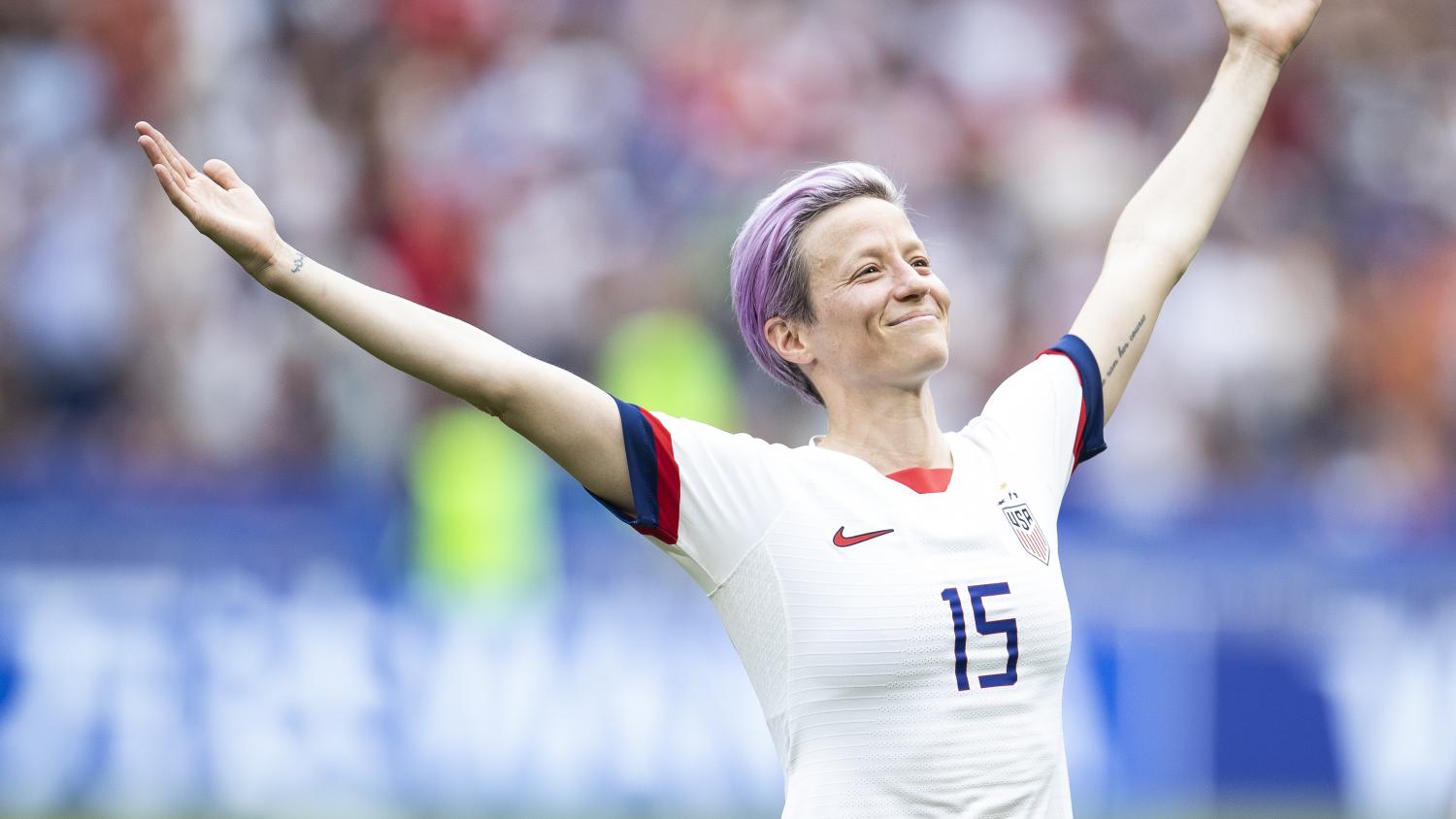 The U.S. Soccer Federation agreed to pay the USWNT players $24 million and equalize pay with the USMNT.
Getty Images

For decades, U.S. women’s national team players have fought for equal pay for equal work. From trailblazers like the beloved 1999ers to the divisive 2019 World Cup winners, USWNT players have long battled to receive pay commensurate to their worth.

The U.S. women have won their fight for equal pay.

Early on Tuesday morning, the U.S. Soccer Federation announced it has agreed to pay an eight-figure sum to USWNT players past and present and promised to equalize pay between the men’s and women’s national teams under the next CBA, a landmark moment in gender equality in American sports.

U.S. Soccer and @USWNT are proudly standing together in a shared commitment to advancing equality in soccer. pic.twitter.com/Sp8q7NY0Up

The USSF agreed to pay the women’s players $24 million. While that’s less than half of the $66 million the players asked for in a 2019 gender discrimination lawsuit, it’s a significant sum that may not have been necessary after a judge had thrown out much of the USWNT’s complaints. The payment can be seen as a public mea culpa from U.S. Soccer, which is now led by president Cindy Parlow Cone, a former USWNT player herself. In exchange, the USWNT players agreed to release the USSF from all claims in the discrimination lawsuit, effectively ending the battle for equal pay.

More important — at least in the long term — for the USWNT is the USSF’s pledge to finally pay the men’s and women’s national teams equally. This process could take months to finalize as the details of the new collective bargaining agreements are hashed out, but it is a stark contrast to past negotiations. Previously, U.S. Soccer has repeatedly made excuses as to why it couldn’t pay the women the same as the men, ranging from the somewhat sensible — FIFA awards men’s teams with exponentially more money — to the inexcusable — men are superior to women — the latter of which cost former USSF president Carlos Cordeiro his job.

The USWNT Players Association congratulated the players on their success, but noted the process isn’t done, as the settlement isn’t official until the new CBA is signed.

“It’s a really amazing day,” Rapinoe said on national TV. “I think we’re going to look back on this day and say this is the moment that U.S. Soccer changed for the better. Obviously, we can’t go back and undo the injustices that we faced, but the only justice coming out of this is we know that something like this is never going to happen again, and we can move forward in making soccer the best sport we can in this country and setting up the next generation so much better than we ever had it. I’m just so excited to have arrived here after such a long and arduous road.”

Morgan said the deal was a win for all parties, a sentiment echoed by Parlow Cone, who said the work isn’t done.

“We still have a lot of work to do with repairing our relationship with the players,” Parlow Cone said. “But we’re on the road to that.”

Tuesday’s announcement ended a six-year fight over equal pay that started with the 2015 Women’s World Cup winners, but the battle began more than 20 years ago when the 1999 Women’s World Cup winners boycotted a tournament over pay complaints. Players nearly boycotted the 2016 Olympics after five players filed a wage discrimination complaint. In 2019 the entire team filed the gender equity lawsuit against the Federation this settlement resolves.

For years the fight for equal pay has played out publicly, reaching a boiling point in 2019 during the Women’s World Cup, when Rapinoe and then-President Donald Trump clashed on Twitter (remember when that dude was allowed on social media?). The dispute became a major topic of discussion in politics, with those on the left arguing the women deserve better treatment and those on the right saying they should shut up and dribble. Often, the USWNT was a litmus test for social issues, with many (but not all) players using their platform to promote equality in all areas, not just pay.

While the landmark agreement is a first of its kind in the U.S., the Federation is by no means the first to equalize pay between men’s and women’s national teams. Norway, champion of the 2022 Winter Olympics, became the first federation to pay its men and women equally after the men agreed to a pay cut in 2017. Norway famously has been without one of the best women’s players in the world, Ada Hegerberg, for five years after she quit the national team over how the women were treated. Other countries, including Denmark, the Netherlands, Australia and Brazil, have also equalized pay among the national teams.

None of this is to say the fight is over for women’s soccer players in the U.S. In addition to negotiating the CBA, the National Women’s Soccer League is reeling from a plethora of abuse scandals. This spring, U.S. Soccer will hold an election for its new president.

Parlow Cone and Cordeiro are the two candidates running to become the next USSF president. Either Parlow Cone will be elected for the first time — she was vice president when Cordeiro resigned in disgrace — or Cordeiro will win a second straight election. If Cordeiro, the man who oversaw the USSF’s legal argument that men are superior to women, wins, it could yet set women’s soccer back. But even Parlow Cone has been criticized for not doing more for the USWNT, though this settlement could change those sentiments.

As Rapinoe noted, a large payout cannot undo the injustices of the past, including decades of being treated as inferior by the USSF. But this is a step forward for women’s athletics in a country that doesn’t exactly have a great history when it comes to equality.  It’s a day to celebrate, even if the work isn’t yet done.