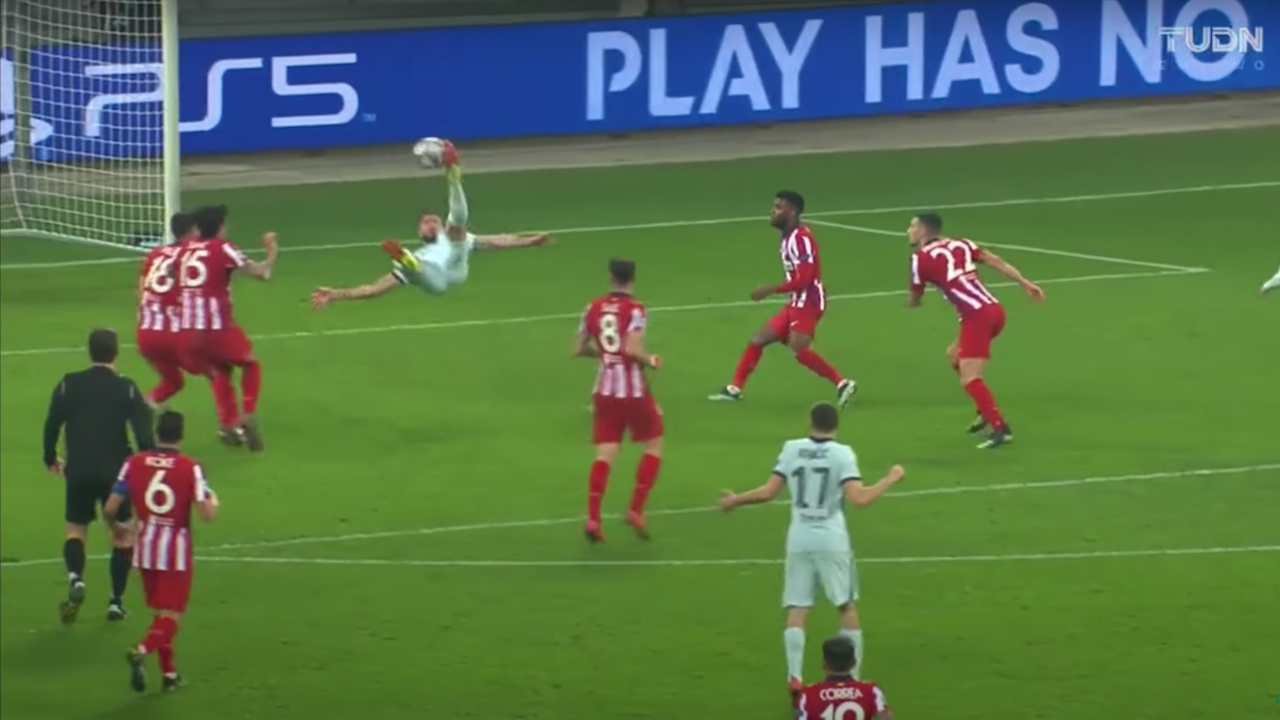 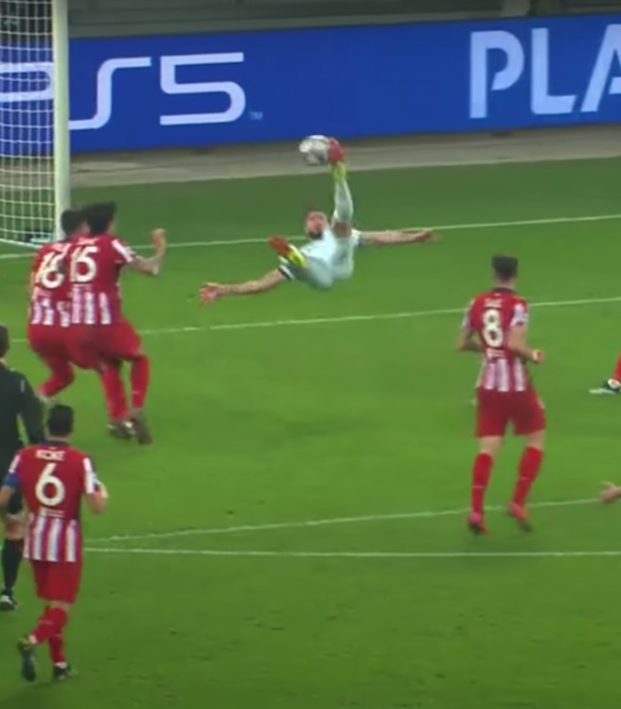 Travis Yoesting February 23, 2021
Giroud can’t help but score sexy goals, and his winner against Atlético Madrid was among his sexiest.

He’s a big beefcake who peaked late, so Olivier Giroud was never going to be given the credit he deserves. But the World Cup winner has scored and created enough golazos that what he did on Tuesday was not at all surprising.

Giroud wasn’t really known outside of France until he moved to Arsenal a few months shy of his 26th birthday, but the late bloomer has thrived ever since. Despite neither Arsenal nor Chelsea really wanting him as their lead striker, all the Frenchman does is wreak havoc on opposing defenses, whether it’s assisting or scoring. His unforgettable scorpion-kick goal in 2017 won him a Puskás Award.

With Chelsea facing a slumping Atlético Madrid in the Champions League on Tuesday, chances were at a premium. Even when Diego Simeone’s side is struggling (one win in the last four coming in), they make their opponents struggle even more. Such was the case for Atleti’s “home” leg in Bucharest. Chelsea dominated possession but rarely challenged Jan Oblak in goal.

But when the moment came, it was Giroud who provided the winning spark, converting a spectacular bicycle kick for the game’s only goal to give Chelsea a vital 1-0 win in the first leg of the Champions League Round of 16. After a rough patch with Frank Lampard, suddenly the Blues can dream again after beating the LaLiga leaders.

While Chelsea hasn’t exactly enthralled since hiring Thomas Tuchel as head coach on Jan. 26, the club has done just enough to remain undefeated under the German. Tuesday was no different, with the Blues struggling to create clear-cut chances but simultaneously preventing Atlético from doing a damn thing offensively.

The difference between the sides was the 34-year-old, 6-4 forward Frenchman.

In the 68th minute, Giroud was clearly in an offside position when the ball looped toward him in the box. The forward’s instincts took over and he launched a remarkable overhead kick that caught Oblak by surprise, beating him at his right post for the game’s only goal.

Initially ruled offside, the VAR intervened and saw that Madrid’s Mario Hermoso, not Chelsea’s Mason Mount, hit the ball to Giroud, and the forward had himself another Goal of the Year candidate.

Was Giroud lucky to be in the right not-actually-offside place at the right time? Sure. But the finish was certainly deserving of a match winner.

Chelsea will be happy to return home with the victory, even if it wasn’t all that convincing. But Tuchel won’t be pleased that both Jorginho and Mount picked up yellow cards that will keep them out of the return leg at Stamford Bridge.

On the balance of play, Chelsea’s win was a fair result. Luis Suárez was up to his old antics back playing a Premier League foe, kicking out at opponents before claiming he was the one hit. While he no doubt unnerved the Blues defense, they’ll have been just fine with the Uruguayan’s inability to really do anything that actually threatened Édouard Mendy’s goal.

The best chance of the first half for either side fell to Timo Werner. The German was played in by a Mount nutmeg before zipping past the slower Stefan Savic. But Oblak was well positioned to deny Werner from close range.

Arguably Atlético’s best chance fell to João Félix, and it was a half-chance at best. Similar to Giroud’s goal, Félix attempted a bicycle kick, but his effort sailed over the crossbar.

So invisible was Félix that even with Atleti searching for an equalizer he was taken off in the 83rd minute, replaced by fullback Renan Lodi. Speaking of invisible, Christian Pulisic played about 10 minutes as an 87th-minute sub.

Aside from Giroud, the best play of the game was Marcos Llorente holding back Werner to prevent the Chelsea forward from surging toward into the Atlético half with only Oblak back. Llorente was given a yellow because the foul took place well within Chelsea’s half, which made it well worth the caution.

The Blues are now well positioned to advance to the quarterfinals, but as Atlético Madrid showed last year, the Spanish club is more than capable of picking up a big win in England.