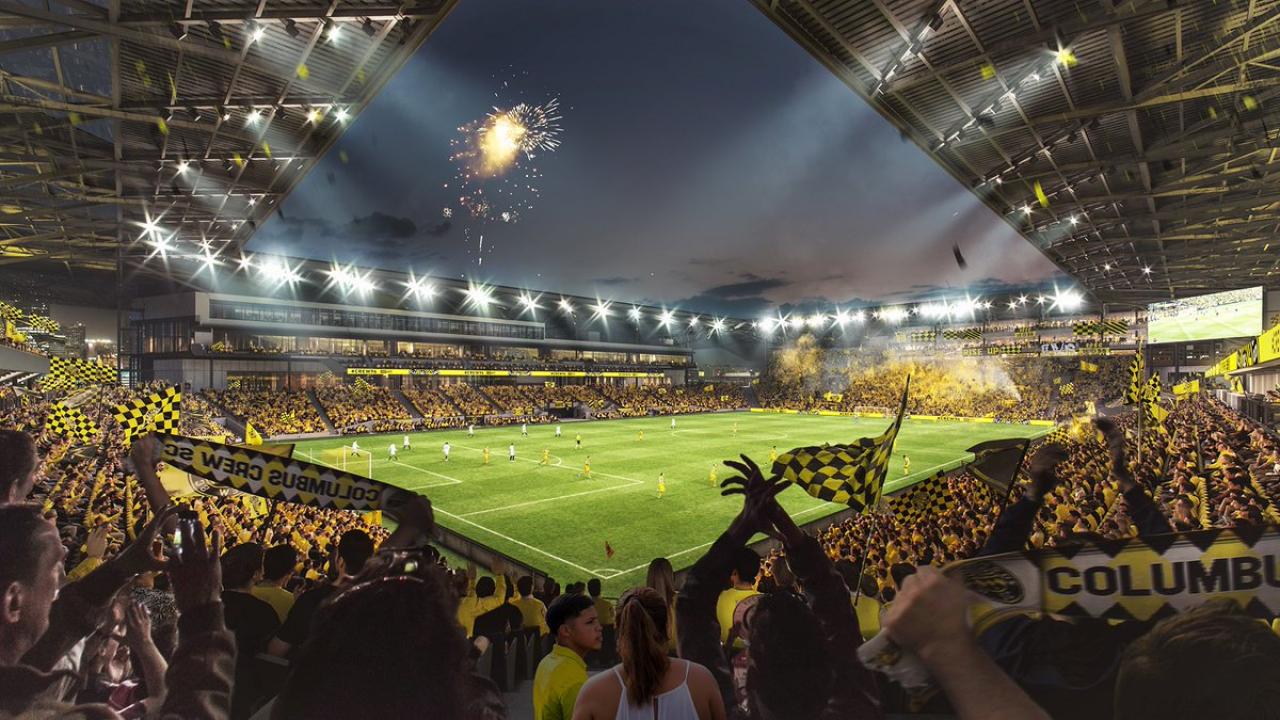 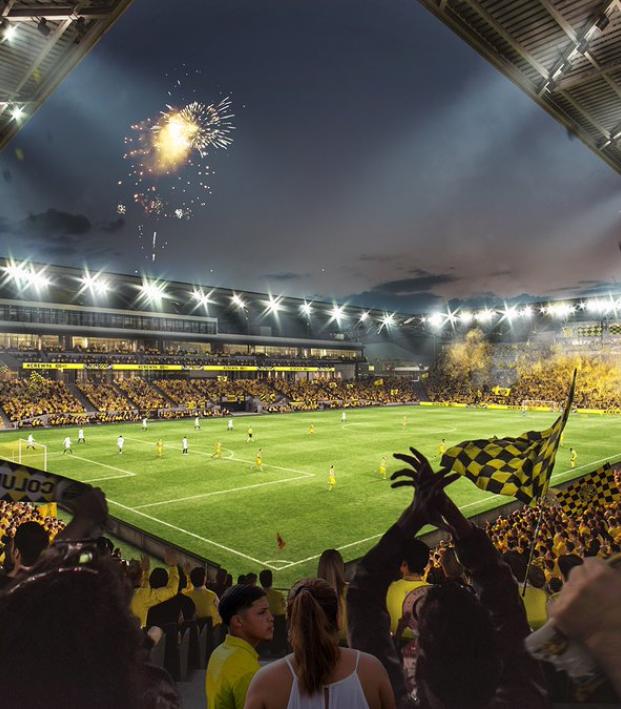 Travis Yoesting September 24, 2019
The Crew were saved and will soon be brought to soccer heaven.

A new Columbus Crew stadium is coming to the city’s downtown Arena District and photos released Tuesday are making the rest of the league envious.

Mapfre Stadium, opened in 1999, was the first soccer-specific stadium in Major League Soccer. In a sign of the times, the current Columbus Crew stadium is now severely out of date, with the scoreboard once catching on fire in a microcosm of the club itself. With the Crew officially saved from Anthony Precourt by the Cleveland Browns owners, the club knew it needed a new venue and investment.

We wrote about the upcoming Columbus Crew stadium — slated to open July 2021 — back in December, but more details and images were released by the team on Tuesday.

Welcome to the future.

Released in conjunction with the club begging fans to put a down deposit now to reserve their seats, the Columbus Crew stadium (the working title is “Downtown Stadium,” but that will obviously change) is looking better and better.

360-degree open concourse, the first supporters’ beer garden in @MLS, and a brew hall that will be open on non-matchdays.

Get to know your new #Crew96 downtown stadium: https://t.co/rEg1UYeRcy pic.twitter.com/pipuIM5hVa

Here are some details on the Columbus Crew stadium, from the club itself:

Of course, since this is MLS in 2019, the arena has to have a brew hall and beer garden, because if you don’t have both you’re not even trying (though we’re not sure about claiming the beer garden is a first). The Nordecke supporters’ section will be integrated with tifo rigging systems, which is useful. There’s a community plaza located outside the stadium (open to the public on game days) that’s a nice touch and could encourage a great gameday atmosphere around the park. And it’s always good to know they remembered to save enough room to make the field regulation size.

The North Side of the stadium includes 3,400 safe-standing seats with a steep bowl rake close to the pitch. pic.twitter.com/N7CdHprqBC

For more info and high-res images of the Columbus Crew stadium, follow this link.