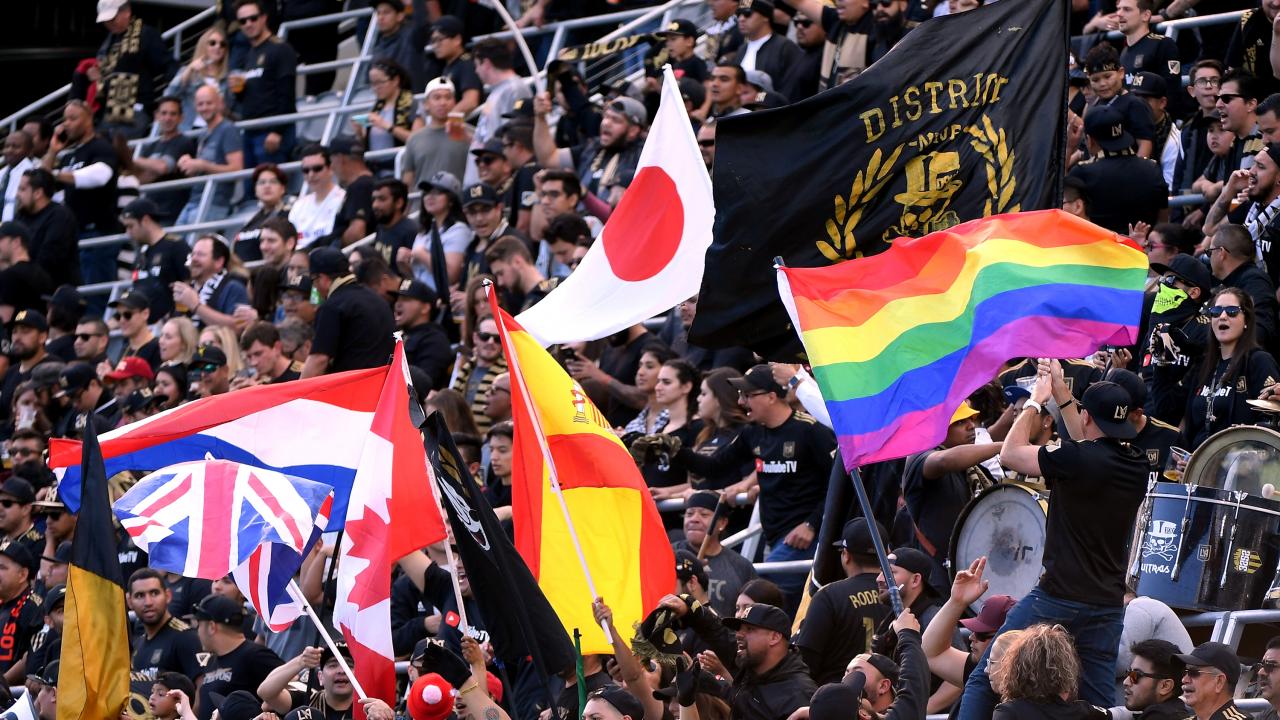 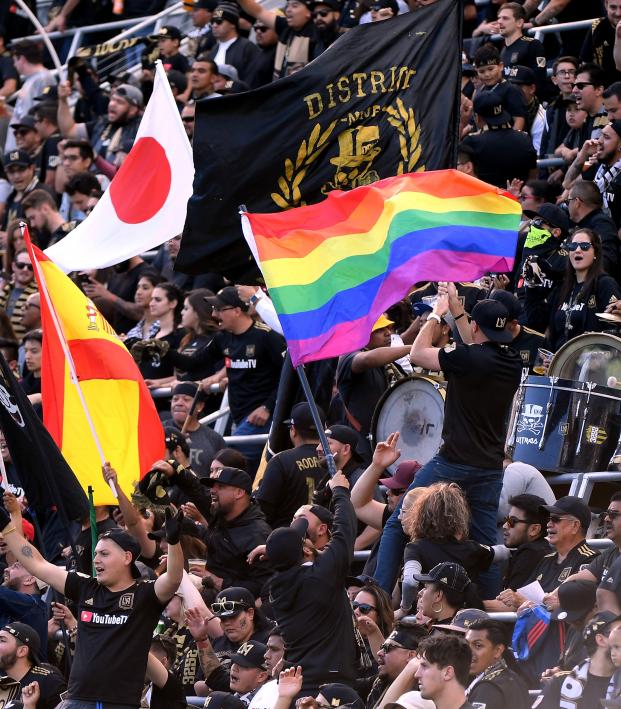 Is MLS Going Too Far In Its Quest For Apolitical Stadiums?

Major League Soccer updated its Fan Code of Conduct on March 1 for the 2019 season, in which it banned the display of political banners and signs at matches. Instead of thwarting political messages, MLS has become a flashpoint for the increasing political polarization of a diverse United States of America.

No one is benefiting.

The 2019 MLS Fan Code of Conduct included a stipulation banning the display of signs or banners depicting “political, threatening, abusive, insulting, offensive language and/or gestures, which includes racist, homophobic, xenophobic, sexist or otherwise inappropriate language or behavior.” At first glance this seems pretty fair and uncontroversial. The problem is with the enforcement of the “political” portion of the rule.

What MLS has decided is political has only further politicized support groups across the league.

On Thursday, a “handful” of members of the Portland Timbers supporters group Timbers Army were banned for three games for displaying an anti-fascist banner. This comes after Real Salt Lake supporters were forced to take down a “Betsy Ross flag.”

Major League Soccer’s broad definition of political has only served to embolden those who feel they are being unfairly persecuted, from those on the right and the left.

So, what is political in the eyes of MLS? Well, pretty much everything that isn’t “go team go!”

One of our banners that was confiscated by @ATLUTD today

Freedom to the fans. pic.twitter.com/jj0L4ChCrZ

Things have been particularly heated in the Pacific Northwest.

In Seattle, a banner that read “Anti-Fascist | Anti-Racist | Always Seattle” was deemed inappropriate.

Tonight an @mls official told me that the "Anti-Fascist | Anti-Racist | Always Seattle" banner is not allowed per league policy because (AND I QUOTE) "we want both sides to be able to come and watch games without politics".

I don’t think anyone would consider anti-racism a political issue. FIFA itself promotes anti-racism, though not enough, and correctly considers it a social issue, which is allowed in stadiums. The problem is clearly with the “anti-fascism” portion.

Is anti-fascism political? In a sense, yes. Fascism is a political ideology, even if it’s one most well-intentioned humans agree is deplorable. Should promoting anti-fascism be banned from MLS stadiums? By the letter of the new code of conduct, yes — it would be the same as displaying an anti-democracy banner. That doesn’t make it right.

The anti-fascism issue has been more prominent just south of Seattle in Portland.

The Timbers have stated their support for anti-fascism, but they have sided with MLS in banning the Iron Front symbol on banners and signs at Providence Park. The Iron Front is an anti-fascist group that draws history from a Nazi-fighting organization formed in Nazi Germany. It’s also been connected to the antifa movement.

Again, by the letter of the law, anti-fascism is not allowed. So when members of the Timbers Army displayed Iron Front symbols during their rivalry match with Seattle recently along with a joint silent protest with Sounders fans, it wasn’t too much of a surprise to see MLS punish the fans who displayed those banners.

I think we can all agree fascism is bad. By its very definition it oppresses minorities, something benevolent governments are designed to prevent. One would think MLS could give anti-fascist banners a pass. But then you consider the fact NYCFC let the Battalion 49 supporters group shout neo-Nazi slogans at matches for years and wonder if MLS is only cracking down on left-leaning politics.

Except it’s going both ways.

During Real Salt Lake’s recent rivalry match with the Colorado Rapids, two fans were asked to take down their “Betsy Ross flag” after complaints from other fans. While most see the original American flag with 13 stars in a circle as a symbol of defeating the British to gain independence, the flag has been used as a symbol by far-right groups along with Confederate flags for its connotations to slavery.

The couple displaying the flag seemed completely oblivious to the far-right usage of the flag and took it down so they won’t face a ban like the Portland fans who displayed the imagery in purposeful violation of the code of conduct.

But now MLS is enraging just about every political leaning out there. The left is upset that anti-fascism isn’t allowed and the right is upset an old American flag isn’t allowed.

Where is it going to stop?

Should MLS ban gay pride flags? The rainbow flag is in support of a social issue, but there are those on the right who incorrectly see it as a political issue. (Google “FIFA on political symbols” and you’ll be bombarded with links to far-right organizations trying to ban rainbows on uniforms in soccer, falsely and laughably claiming LGBTQ rights as a political issue.)

Should MLS ban all religious displays? FIFA rules bar the display of religious imagery on equipment, so why not hand a yellow card to a player who celebrates a goal by praying or kick a fan out who wears a cross?

Should MLS ban any symbols or messages that aren’t strictly related to soccer? No, of course not; all of these ideas are absurd.

Major League Soccer has gotten itself into a shitstorm from which it won’t easily escape. MLS wanted to create a space that wouldn’t offend any possible customers but failed spectacularly, having been accused of not wanting to offend neo-Nazis.

Major League Soccer’s mistake was thinking it could take politics out of soccer.

Soccer — like sports in general — has been a lightning rod for political and social issues almost since its inception, whether it’s starting a war between Honduras and El Salvador in 1969 or Megan Rapinoe getting into a Twitter war with Donald Trump. Politics will always surround soccer and MLS should have taken a more delicate approach to the issue.

By enforcing its new Fan Code of Conduct with a heavy, overbearing hand, MLS has managed to draw the ire from fans all over the political spectrum.

What can MLS do to fix it?

The league should reassess what it considers politically inappropriate. Instead of taking a hard stance on anything political, it should consider the intent and the impact.

Portland and Seattle supporters making a stand against fascism doesn’t hurt anyone with good intentions just the same as those taking a stand against racism. If Atlanta fans want to end gun violence (don’t we all?), they should be allowed to say so. If a fan in Utah just wants to display an American flag with his family, let it fly, but perhaps educate them on the connotations of the flag in the same way you educate people about the connotations of the Confederate flag.

Should any political messages be allowed? I understand if MLS wants to keep current politics out of its stadiums, such as showing support for Democrats or Republicans. Personally, I wholeheartedly disagree and feel fans’ freedom of speech should be protected in stadiums. But it makes some sense to draw the line somewhere if MLS thinks it could create an unsafe environment. Safety of players and fans is one of MLS’ top priorities, as it should be.

Fans are what make MLS different, special even. MLS fans create an atmosphere unlike anything else in American professional sports.

MLS risks ostracizing the people who support the league with shortsighted policies aimed at not offending anyone that instead offend everyone.

Major League Soccer is nothing without the fans, and we just really don’t want to see is MLS stadiums full of signs like this because everything else is banned: