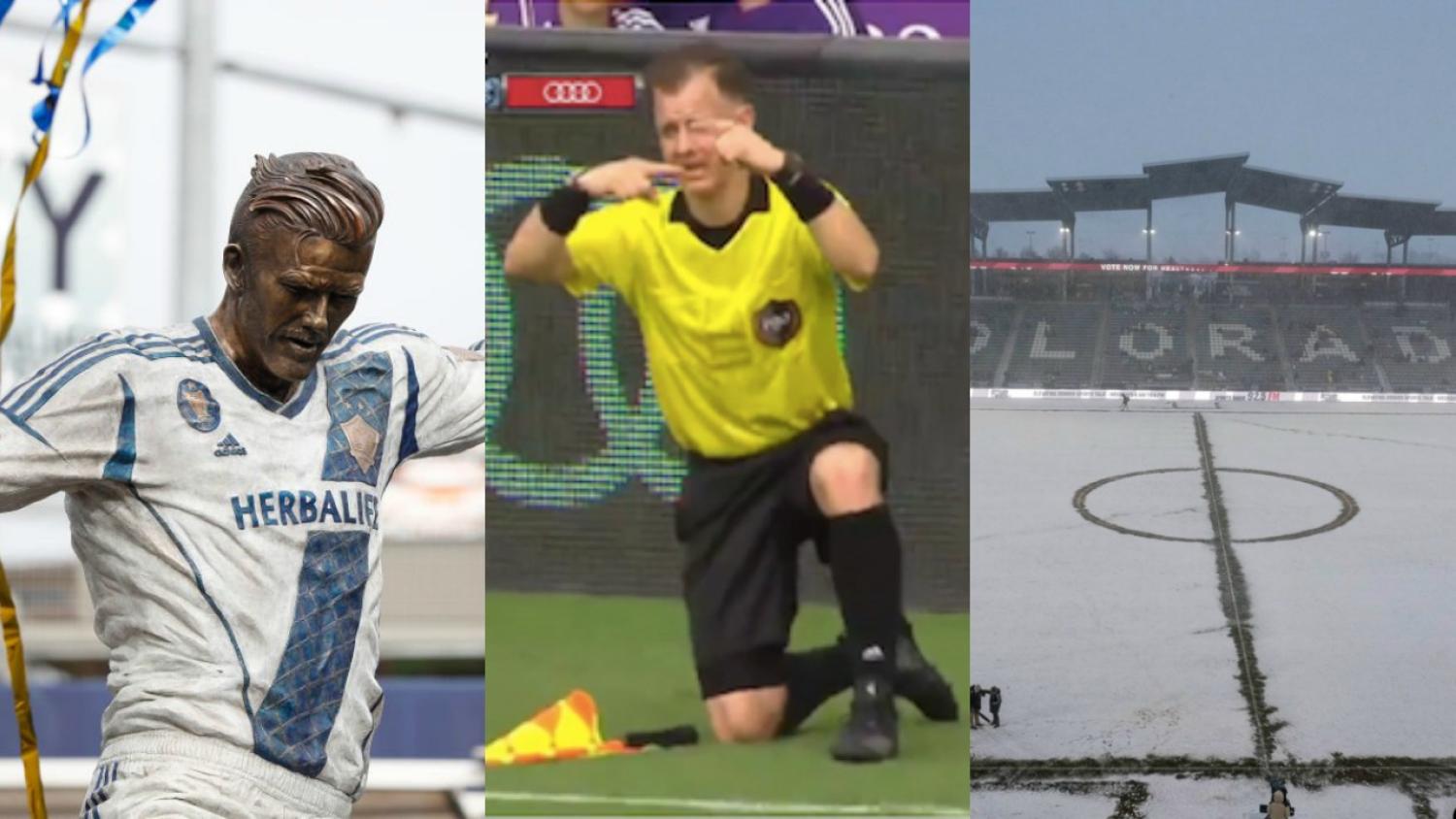 Here’s what you might’ve missed from opening day around the league.
@BBCSport | Twitter

The 24th season of Major League Soccer kicked off yesterday with 20 of the league’s 24 teams in action on opening day. If you weren’t glued to your TV for 12 straight hours, you might’ve missed something. Here’s a quick recap of the major storylines from Day One.

We got things started in Philadelphia, where Mexican international Marco Fabián opened his Union account from the penalty spot, but a Michael Bradley brace helped Toronto FC to a 3-1 road victory.

The second match of the day was between Orlando City and New York City, and although Orlando would come from two goals down to secure a draw, the highlight of the match was probably a linesman going down injured and requiring a substitution.

When #MLSisBACK a bit too fast and you not quite ready. #ORLvNYC pic.twitter.com/MdO4j15PIB

Over in Commerce City, the Colorado Rapids hosted the Portland Timbers in the coldest game in MLS history. The temperature at kickoff was a balmy 18 degrees, and the snow continued to accumulate throughout the match, resulting in an absurd looking 94th minute equalizer from Colorado’s Andre Shinyashiki.

Out in California, the Los Angeles Galaxy hosted the Chicago Fire, but not before David Beckham’s statue was unveiled outside Dignity Health Sports Park.

The first of its kind in Major League Soccer.#BeckhamStatue pic.twitter.com/oKTBUtVaUN

The Galaxy would win the match 2-1. The first LA goal was scored by Daniel Steres, but it was assisted by 16-year-old phenom Efrain Alvarez. Watch him stateside while you can because he won’t be in MLS very long.

The winner was scored by Zlatan, because of course.

The Lion picks up right where he left off.@Ibra_official gives #LAGalaxy the lead! #LAvCHI pic.twitter.com/lDaOLD1rjj

Finally, Seattle hosted newbies FC Cincinnati at CenturyLink Field for the nightcap. Cincinnati opened the scoring with Leonardo Bertone registering the club’s first MLS goal, and it was a beauty.

However, Seattle would win 4-1, and it was Jordan Morris who registered a brace in his first game back following an ACL tear last February.

Jordan Morris makes it a brace in his first 45 minutes of MLS action in over a year. @JMoSmooth13 #MLSisBack pic.twitter.com/eALExZUTke

There you have it: Michael Bradley and Jordan Morris are neck and neck in the Golden Boot race.