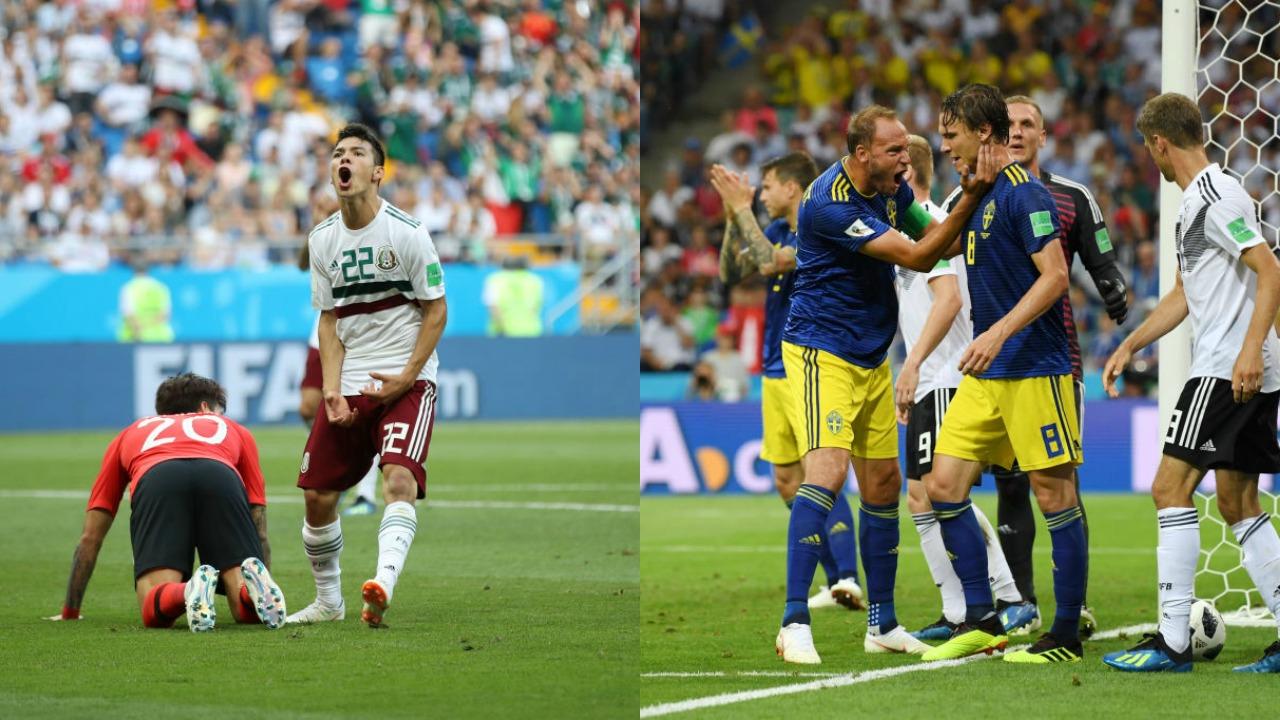 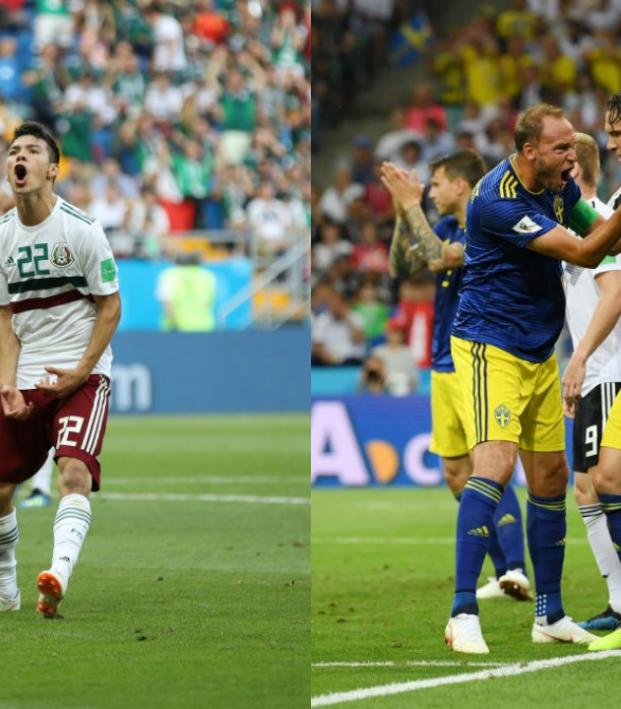 Mexico vs Sweden Prediction: An In-Depth Preview Of Wednesday’s Clash

Connor Fleming June 25, 2018
A preview of Wednesday’s encounter between a desperate Sweden side and unbeaten Mexico.

Mexico take on Sweden Wednesday, June 27 at Ekaterinburg Arena on the final matchday of Group F action at the 2018 World Cup. The match begins at 10:00 a.m. ET on FOX and Telemundo with Sweden needing a big win to advance following that remarkable 2-1 defeat to Germany. For El Tri, a victory or draw secures top spot in the group.

The two teams that advance from Group F will match up against teams from Group E, where nothing’s been decided yet either. Brazil currently tops the group on goal difference while Switzerland is sitting pretty in second, but Serbia could still shake everything up.

The two games from Group F will be played before the two games in Group E on Wednesday. Check out our breakdown of all the World Cup knockout stage possibilities here.

Here’s a preview of the match, including Mexico vs Sweden prediction, tactics, team news, possible starting elevens and key players to watch.

Mexico controls its own destiny heading into the final matchday in what’s proven to be the group of death. Although El Tri’s goal differential stands at only +2 following two single-goal victories, Mexico’s been much more assured and comfortable than those final score lines suggest. For many, Mexico’s been the team of the tournament, which is why a possible group stage elimination seems so implausible at this point.

However, that could still be the case come Wednesday. Sweden must record a famous victory to make it happen, and the fact that they’ve already done as much against France and Italy to even make it here tells you everything. Sweden demands respect, and its match against Germany just confirms that.

But the Scandinavian nation is now in the unfamiliar position of having to take the game to an opponent from the outset — this side isn’t built to do that. What’s more, that favors into Mexico’s devastating ability on the counter.

It should be a fascinating battle with everything at stake.

The biggest news off the pitch concerning Sweden has been the team’s defense of Jimmy Durmaz after the winger was subjected to death threats and racist abuse on social media for his foul in the lead-up to Kroos’ goal.

After giving away the free kick which led to Germany's goal, Jimmy Durmaz stood up to the trolls giving him racist abuse online

The unthinkable, of course, is that a loss to Sweden coupled with a Germany victory over South Korea sends El Tri crashing out on either goal difference, goals scored or fair play points. However, a draw will be enough for Juan Carlos Osorio’s men, it just remains to be seen how the Colombian coach will approach this potentially fraught match.

Viktor Claesson (RM): Before the tournament, it was Sweden’s left-sided midfielder, Emil Forsberg, who garnered the most hype, but it’s the 26-year-old Krasnodar winger who’s consistently performed. Claesson was perhaps Sweden’s best outlet against South Korea, and he registered the assist on Toivonen’s opener against Germany.

Andreas Granqvist (CB): The captain stepped up to bury Sweden’s penalty against South Korea, and the 33-year-old followed that up with a big match in the heart of defense against Germany. Sweden really must keep a clean sheet against Mexico to advance, and Granqvist will be essential to making that happen.

Ola Toivonen (ST): Although it’s strike partner Marcus Berg who’s largely considered Sweden’s biggest threat, Toivonen has played better in both matches so far. Jan Olof Andersson will rely on the starting duo heavily, but if they’re not getting it done, John Guidetti and Isaac Thelin will be introduced sooner rather than later.

Carlos Vela (CAM): Vela was excellent in Mexico’s opening victory over Germany, and the LAFC attacker followed that up with another great performance against South Korea, including a clutch penalty to give El Tri the early lead.

The onus is on Sweden to attack, so Mexico will look to counter with Vela getting on the ball in dangerous areas on the break.

Chicharito (ST): The knockout rounds begin now in earnest, and every match will be tight from here on out. Sweden’s defense bends but it rarely ever breaks. Italy couldn’t find a way past them in the playoff, South Korea couldn’t manage it and Germany needed a piece of brilliance from Toni Kroos to get the three points.

Our Call of the Day on Chicharito's historic 50th goal for #ElTri goes something like this:

There just won’t be many chances in this game, so Mexico needs Chicharito to bury any that come his way. The game-winning goal against South Korea should do wonders for his confidence.

Memo Ochoa (GK): With 14 saves at the 2018 World Cup, Ochoa has recorded more than any other goalkeeper. A two-goal victory by Sweden would guarantee its place in the Round of 16, but don’t expect the Swedes to carve out more than a few chances against El Tri.

If Ochoa makes one or two world-class saves against Sweden, then you’d have to think that Group F belongs to Mexico.

Sweden score first on a set piece for an anxious start, but Mexico find an equalizer through Miguel Layun and top the group.