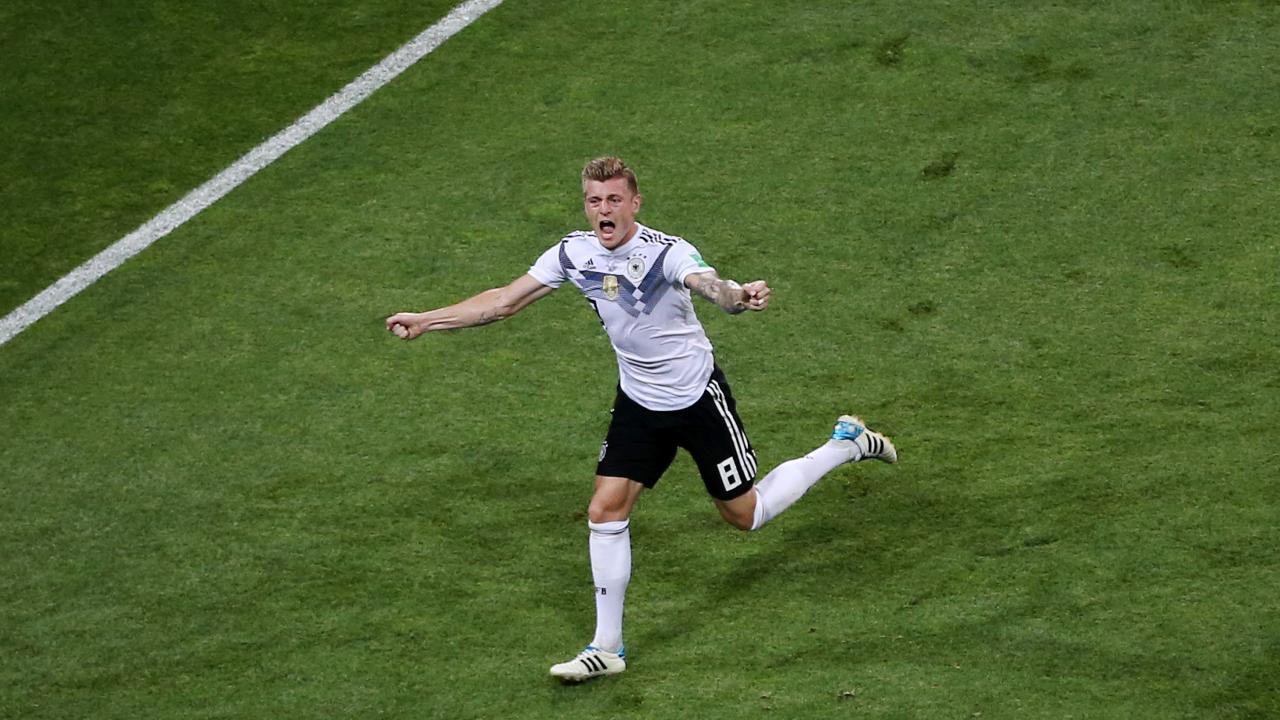 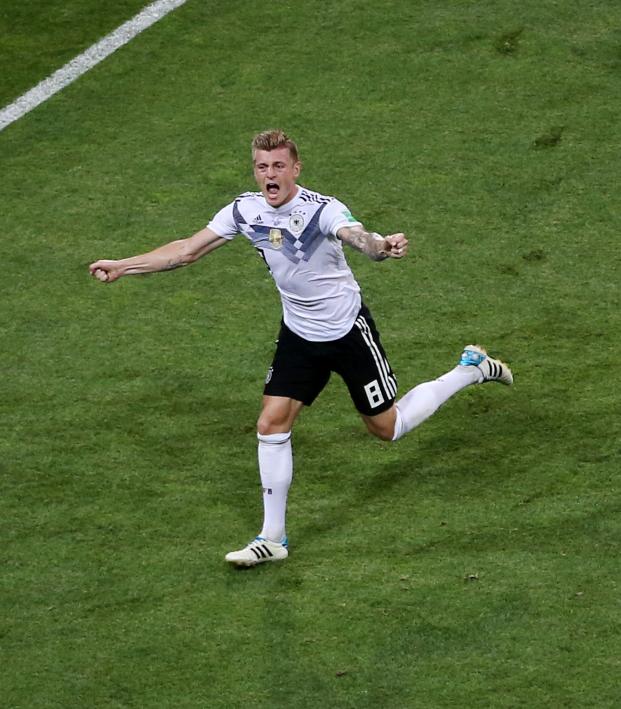 Toni Kroos Sucked On Saturday, Until He Didn’t

Toni Kroos had an awful game for 90 minutes. But holy hell did he come through when his team needed him most. The Kroos goal vs Sweden saved Germany from near certain elimination, shooting from an impossible angle to give Die Mannschaft a 2-1 victory on Saturday.

After losing to Mexico in its opener (and Mexico's win over South Korea), Germany couldn’t afford to drop more points. A tie wouldn’t have eliminated the defending champions, but it would have allowed Sweden and Mexico to play to a wink-wink 0-0 draw so both could advance during the final matches on Wednesday.

So when Sweden went ahead 1-0 on two awful errors from Kroos, things weren’t looking great for Germany.

Watch as Kroos gives away the ball and then allows Ola Toivonen to sneak behind him for the opening goal in the 32nd minute.

It was a shock to Germany, which had dominated the early going. Die Mannschaft outpassed Sweden 122-6 in the opening 10 minutes. That’s kind of nuts against the team that knocked out the Netherlands and Italy on the way to Russia.

But to be fair, Sweden probably should have had a penalty kick earlier in the match when Marcus Berg was taken down on a breakaway.

Sigh of relief for German fans as Berg can't finish on the breakaway! pic.twitter.com/Uj1IMphlLG

Things did get better for the defending champs when Marco Reus opened the second half with an awkward goal off his knee in the 48th minute to equalize. But as we mentioned, Germany really needed a win, so Die Mannschaft kept piling forward.

But Kroos continued to struggle. If Sweden had fresher legs up front, this lazy pass might have led to another goal for the underdogs.

What is going on with Toni Kroos?!?! He's given the ball away more in these 2 games for #Germany, than in the past 2 seasons for #RealMadrid! One of the world's best midfielders, having a really shocking #WorldCup so far. #GERSWE #GER pic.twitter.com/oMUq43MuIK

And it got worse when Jerome Boateng made this rash challenge was already on a yellow to be sent off in the 82nd minute.

It keeps getting worse for #Germany. Jerome Boateng sent off with his 2nd yellow card, for a challenge on Marcus Berg. They'll have to finish the game with 10 men, as they push for a winning goal. #GERSWE #GER #SWE pic.twitter.com/qeMazjxQxf

Needless to say, down 10 men with the clock winding down, it didn’t look good for Joachim Low’s men.

But then Kroos decided to do some good for his team.

On a free kick on the left wing right outside the box, Kroos played the ball to Reus, who stopped the ball to allow a better angle for the Real Madrid midfielder to curl in a wonderful winner in the 95th minute.

With the Kroos goal vs Sweden we can forget all about the No. 8’s awful opening 90 minutes.

@ToniKroos after the match: "The way we fought, we deserved the win at the end!" #GERSWE  #BestNeverRest

Now Wednesday should be absolutely bonkers, with Germany, Sweden and Mexico all trying to get into the Round of 16.