History Behind The #MeTwo Movement Sparked By Mesut Özil 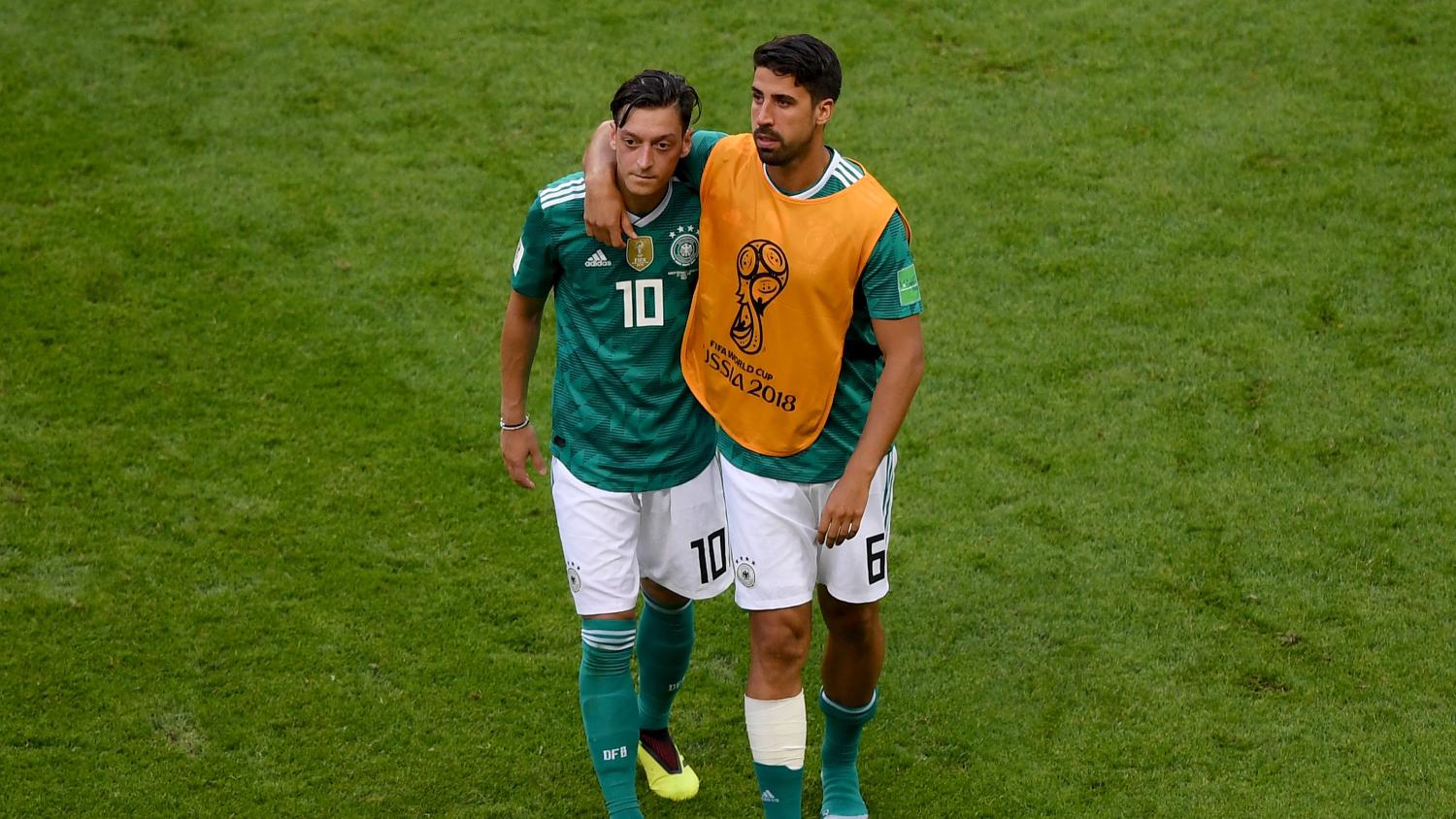 It’s not quite the #MeToo movement, nor is it a Pokémon. But the #MeTwo movement in part inspired by Mesut Özil is evolving into something quite powerful, something that’s been building for decades.

Mesut Özil, a World Cup winner with Germany, retired from international football earlier this week at the age of 29. In doing so, he shot out at members of the German football federation (DFB) and German media. You can read the details here, where he pointed to racism and disrespect.

It’s worth reading Özil’s comments in full; what it comes down to is him saying he’s treated as German when Die Mannschaft win and an immigrant when they lose. This sentiment is similar to the one Trevor Noah pointed out in France after Les Bleus won the World Cup.

In particular, Özil, who was born in Gelsenkirchen, Germany, called out DFB president Reinhard Grindel, who, according to Özil, once claimed “multiculturalism is a myth (and) a lifelong lie” and said Islamic culture is too ingrained in many German cities.

The retirement of Özil, who is currently in Singapore preparing for the upcoming Arsenal season, stemmed from controversy surrounding a photo he took with Turkish President Recep Tayyip Erdogan during a charity event in London in May. Erdogan has been accused of abusing human rights and restricting freedom of the press as he has consolidated his own power. The German media blasted him for posing with a man many say is responsible for pushing Turkey toward authoritarianism and away from a true democracy.

Özil is of Turkish heritage and is proud of it, evidence of which can be seen throughout his house. He claims meeting with Erdogan was about respecting the highest office of his family’s country and not political. All they discussed, he said, was soccer (Erdogan is a former player himself).

This is completely understandable; if someone offered me a chance to meet Kim Jong-un, I would jump at it, even though I realize he is a murderous autocrat. That said, the ramifications of such a meeting probably should’ve been taken into account. Just as Donald Trump’s meeting with Kim gave North Korean media reason to triumph the legitimization of Kim’s reign, Özil’s photo op with Erdogan is a publicity coup for a president who isn’t universally loved in his own country.

Mesut Ozil has pulled the curtain on his international career and called it quits because of racism & disrespect from DFB Pres. Reinhard Grindel & Joachim Low for posing for a photo with Turkish Pres. Erdogan.

"I am German when we win, but an immigrant when we lose," he says. pic.twitter.com/tcF9u77DW9

Özil may or may not have thought he’d be associated with Erdogan’s politics just for posing with him at a charity event. Maybe he agrees with his politics, maybe he doesn’t; that’s not the point. What matters is the criticism he received just for being in a photo with Erdogan. Other footballers have posed with world leaders with similarly questionable politics and received far less criticism. And it stems from tension that dates back to the post-World War II era and has sparked the #MeTwo movement.

More than any other player, Özil was blamed for Germany’s poor showing at the 2018 World Cup in Russia. A hero in 2010 and 2014, he was lambasted as a Turkish-German, not German enough for some. "Turkish pig" is one of the less vulgar epithets directed at Özil. With the rise of the far-right Alternative for Germany (AfD) party, many Germans have been more vociferous over their disdain for minorities. Similar trends have been seen across Europe and in the U.S.

Özil’s international retirement was made as a statement on behalf of all Turkish-Germans who have felt marginalized as not being German enough, something you never hear about of Polish-Germans like Lukas Podolski or Miroslav Klose. And he’s not alone.

On Thursday, #MeTwo was the top-trending hashtag in Berlin as countless other Germans of Turkish descent began speaking up over discrimination.

A play on the #MeToo movement against sexual assault, the #MeTwo movement is based on belief Germans can have two identities: German and Turkish, or another ethnicity.

17k accounts tweeted 45k times about #metwo. I visualized Retweets from early 26.07 to 27.07. afternoon. Each node is an account, each edge a Retweet. No follow relationships this time. #gephi pic.twitter.com/nM377InZuW

Of the 22 percent of Germany’s population with a foreign background, most are of Turkish descent. The reason for this can be traced back to the decades after World War II.

Following the defeat of the Nazi party as the war came to a close, Germany found itself lacking a large portion of its male population as a result of casualties of war. This led to a massive influx of Turkish immigrants coming as guest workers, most of whom ended up staying and eventually becoming citizens. This was the first time Germans were dealing with a large amount of immigrants who were not white Christians. This has boiled over recently due to an influx of refugees in the last four years.

Özil, for all his ability on the pitch, became a focal point for all this angst following Germany’s worst World Cup showing ever.

Every country deals with racism; tribalism runs deep in humanity, a fear of the unknown. Even when born and raised in a country, someone can be seen as different and therefore bad based solely on appearance, creed or sexuality.

Özil doesn’t deserve blame for the World Cup failure — plenty of other players were just as bad or worse. He definitely doesn’t deserve the racial abuse he’s received — no one does.

But the #MeTwo movement shows he isn’t alone.