Mesut Ozil Has A Cute Dog And Way Too Many Shoes

Mesut Ozil is one of the most serene players in world football, able to glide past defenders and place inch-perfect passes while still looking like he gives zero f*cks about being on the pitch. A new video from Hypebeast has shown a bit more what he’s like off the pitch, and while he still doesn’t appear to be giving any f*cks, he sure does have a boatload of shoes — and one cute pup.

The video is a bit of a Cribs-style walkthrough of Ozil’s London home, decked out in Turkish stylings from sultans to obelisks to fancy tic-tac-toe games. But the focus of the video is clearly his insane shoe collection.

His shoe compilation starts with a bunch of Adidas sandals at the entrance for his guests, presumably so no one feels left out without Adidas footwear. This is important, because there’s a lot of Adidas footwear here.

Ozil has a lot of shoes — like, a lot. Most of his closet is full of shoes, most of them Adidas. A good minute of the 3:32-long video was spent on shoes. Here’s some key shoe commentary from the Arsenal and Germany playmaker:

“I have the white ones; this one as well I like.” (As he’s holding a black shoe.)

“They just sent me two colors. Normally I wanted the blue one as well.” (Yellow and red weren’t enough for Mesut.)

“I spoke always to Adidas, let’s do a boot without laces, so those are my favorites.” (Didn’t say if he has any Velcro shoes.)

It’s not all shoes though. Ozil has a large assortment of belts, though he only wears one his mom gave him. But the real impressive items were out front in his driveway. Two Mercedes vehicles and one adorable passenger. 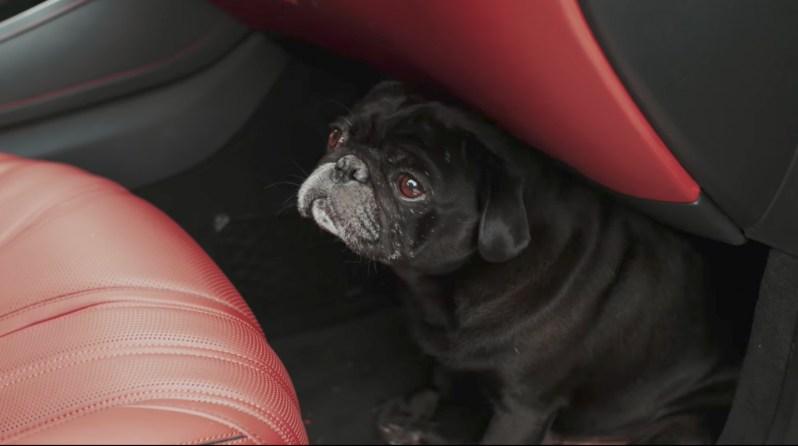 And thus we come to the star of the short video, Arsenal’s pug, Balboa. Balboa has stolen the show in Ozil videos before. Last year Arsenal fans begged Gunners ownership to sign the pup after Ozil posted this clip of his mad skills.

Fun with Balboa Turns out that my #dog has a pretty good technique! #London #NewStar #football

In this video, Balboa merely hangs out in one of Ozil’s two Mercedes Benzes. (Anytime you can pluralize Mercedes Benz to describe your driveway, you know you’ve done something right.) He’s a good dog, and heeds instructions better than Theo Walcott.

The cars, the shoes, the cute pup, it all paints the picture of a wonderful life for Mesut Ozil. There’s just one problem. Ozil’s PlayStation room (different from his TV room, because why not), was loaded up with Pro Evolution Soccer. What sort of self-respecting footballer plays PES instead of FIFA? Yes, it appears Ozil has an endorsement deal with PES, but we all know FIFA is the superior game, right?

Balboa does not approve.