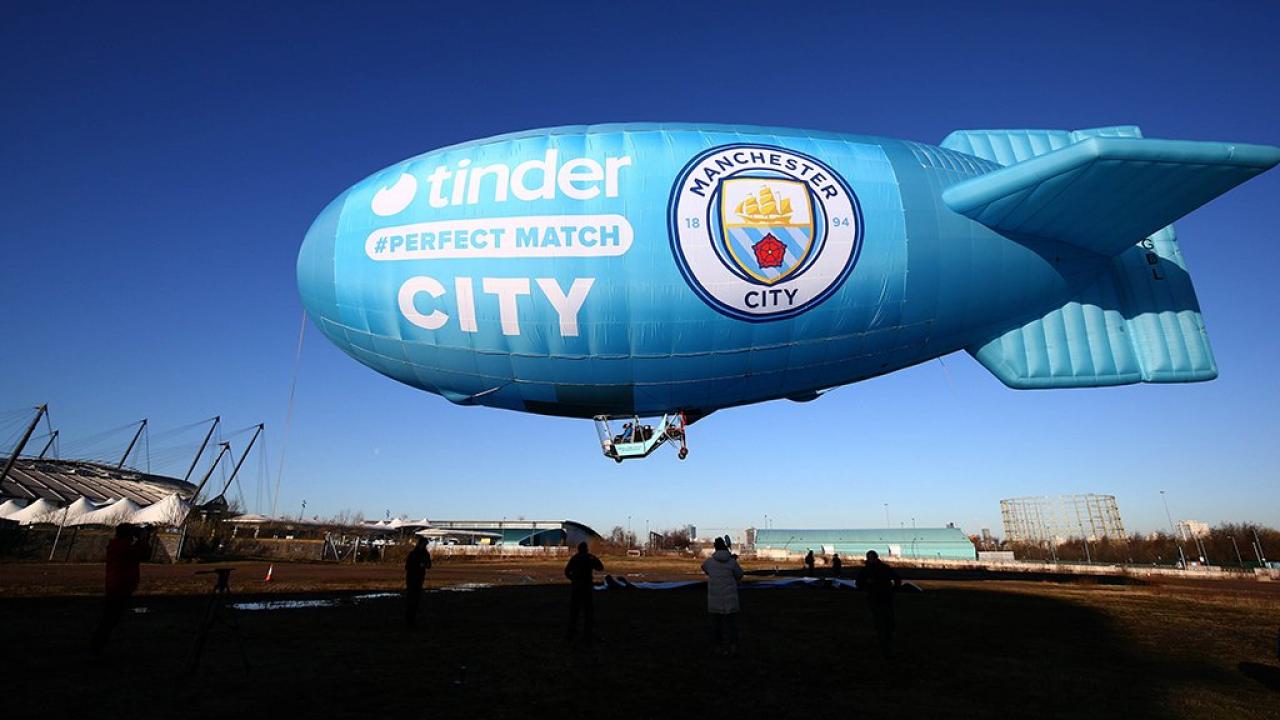 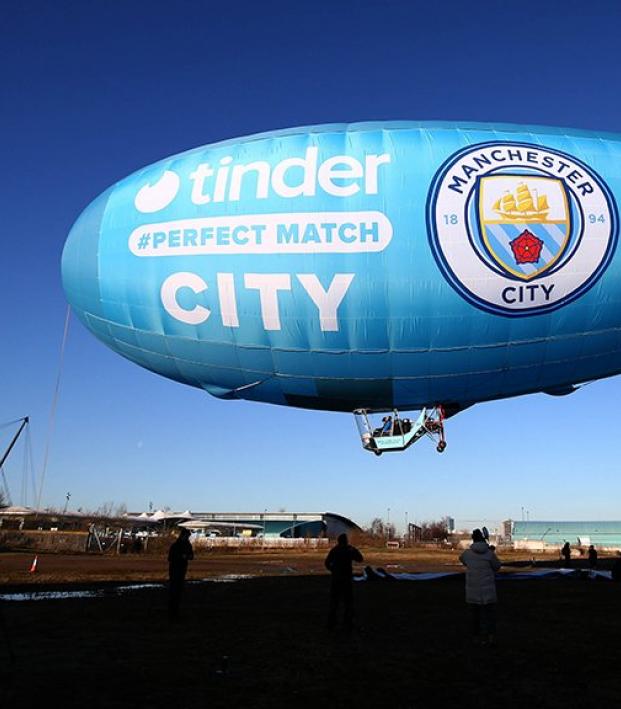 Travis Yoesting April 5, 2018
In the midst of its most important stretch of matches this season, City turned its focus to a business deal.

Manchester City may not have been able to do much in its Champions League match against Liverpool on Wednesday, but on Thursday they found a match that more appropriately suits the club’s tactics — a match for financial gain. The Citizens turned Tinder blue on Thursday, announcing a multi-year partnership with the dating app with a giant, sky-blue Tinder blimp.

Get ready for the #perfectmatch! Tinder has taken to the skies to swipe right on the #mancity family. Today, we kick off an exciting new partnership with @tinder for @Cityzens all over the world! pic.twitter.com/7ZomnKHG7w

The Man City Tinder partnership will include the club’s men’s and women’s teams plus NYCFC in MLS. It also saw the dating app change its logo from the normal red to a sky blue.

Manchester City is coming off a comprehensive 3-0 defeat to Liverpool in the Champions League on Wednesday. Pep Guardiola’s side has another massive showdown on Saturday with the Manchester derby before the return leg against the Reds. A win for the Citizens against the Red Devils would clinch the Premier League title. So this seems like an odd time to announce the Man City Tinder deal.

“Tinder is a huge global platform which, just like football, is bringing millions of people together every day all around the world,” said Tom Glick, City Football Group’s Chief Commercial Officer, in a City press release. “Football is all about a community of fans, sharing moments, emotions and passion for the sport they love.

“Together with Tinder, we have a great opportunity to explore how we can combine Tinder’s significant appeal and reach with our global audience to create even more relationships in a new, fun and creative way. We believe this will be a perfect match for Tinder and for City.”

This Man City Tinder partnership goes in the complete opposite direction of what was reported in August, when it appeared Manchester United was close to signing a deal to make Tinder the sleeve sponsor for the Red Devils. That deal kind of made more sense — Tinder’s logo is a red flame, which is much closer to United’s style than City’s.

But we think Tinder made the right decision to swipe right on these sexy lads instead.

We can’t wait to swipe right on these hunks thanks to the Man City Tinder partnership.