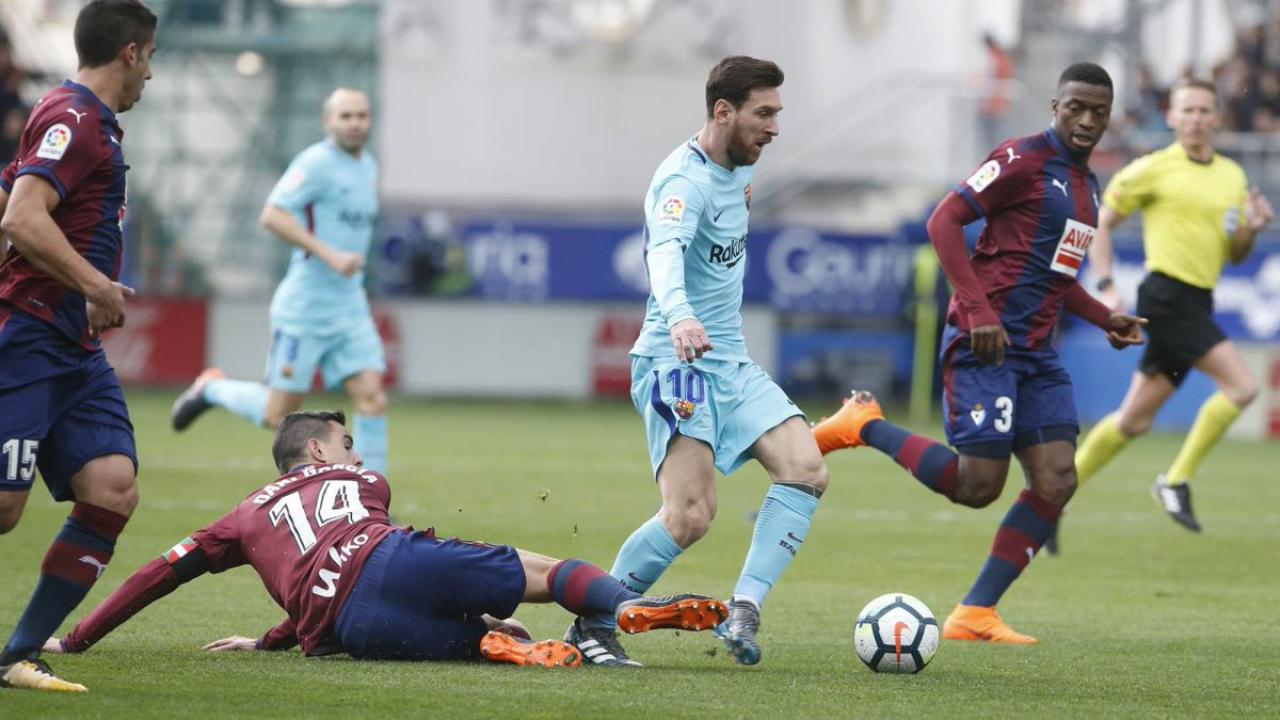 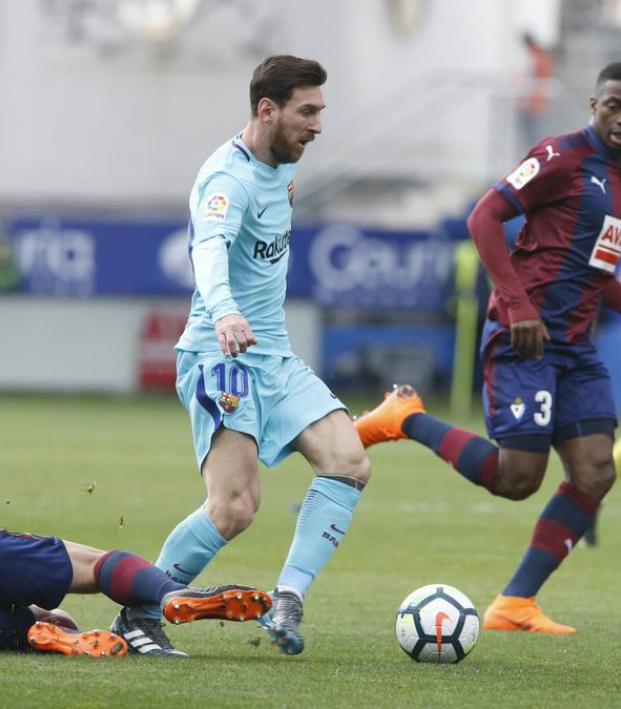 Barcelona opened a 10-point lead at the top of La Liga with a 2-0 victory over Eibar, although Atletico Madrid can again reduce the gap when they host Athletic Bilbao Sunday. The game-winner was scored by Luis Suarez — his 17th in 21 league matches — in the 16th minute after the Uruguayan striker was played through by an inch-perfect ball from Lionel Messi.

Messi’s 11th La Liga assist was absolute perfection, and it was something of a sucker punch for Eibar, who had spent the opening period delighting a packed Ipurua stadium by taking the game to Barcelona.

But the team brilliance of Eibar, like every other side on the planet, struggled to cope with the individual brilliance of Barcelona. Messi came close to adding his side’s second in the 37th minute, but he curled an effort against the post — the 16th time he’s managed that feat this season.

Eibar are challenging for European competition as they sit seventh in the table, although they play their home matches in a stadium that can only seat 7,000 spectators. However, they are a fantastic footballing side and outshot Barca 8-4 in the opening 45. 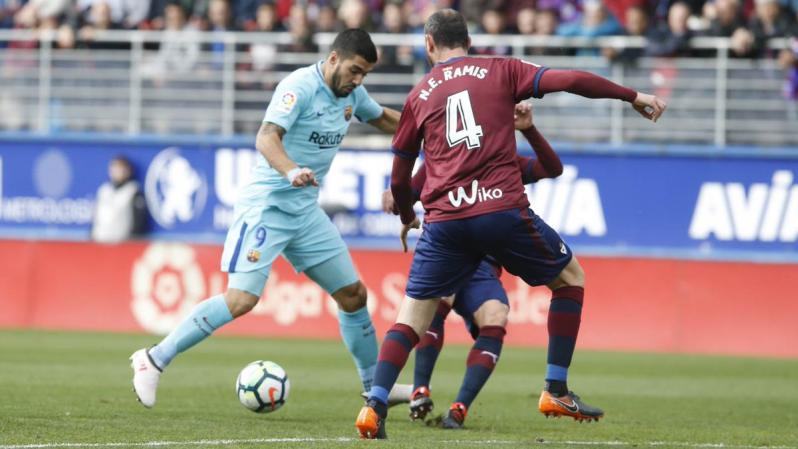 Eibar continued to generate half-chances while playing some lovely stuff in the second half, but Barcelona — smartly fielding their strongest XI although they travel to play Chelsea on Tuesday — held firm.

Philippe Coutinho entered the match for Andres Iniesta in the 63rd minute, but Eibar’s brave performance was killed by their own hand in the 66th.

Fabian Orellana, already booked in the 58th, was given a second yellow for childishly punching away the ball during a stoppage of play.

The match threatened to spiral out of control when Eibar manager Jose Luis Mendilibar was sent to the stands for protesting a similar situation — Sergio Busquets kicked the ball away during a stoppage of play but escaped a booking.

In the end, Barcelona’s man of the match was probably center half Gerard Pique, who made a number of important blocks and clearances.

Barca scored their insurance goal in the 88th minute when they broke with numbers before Jordi Alba applied the finish.