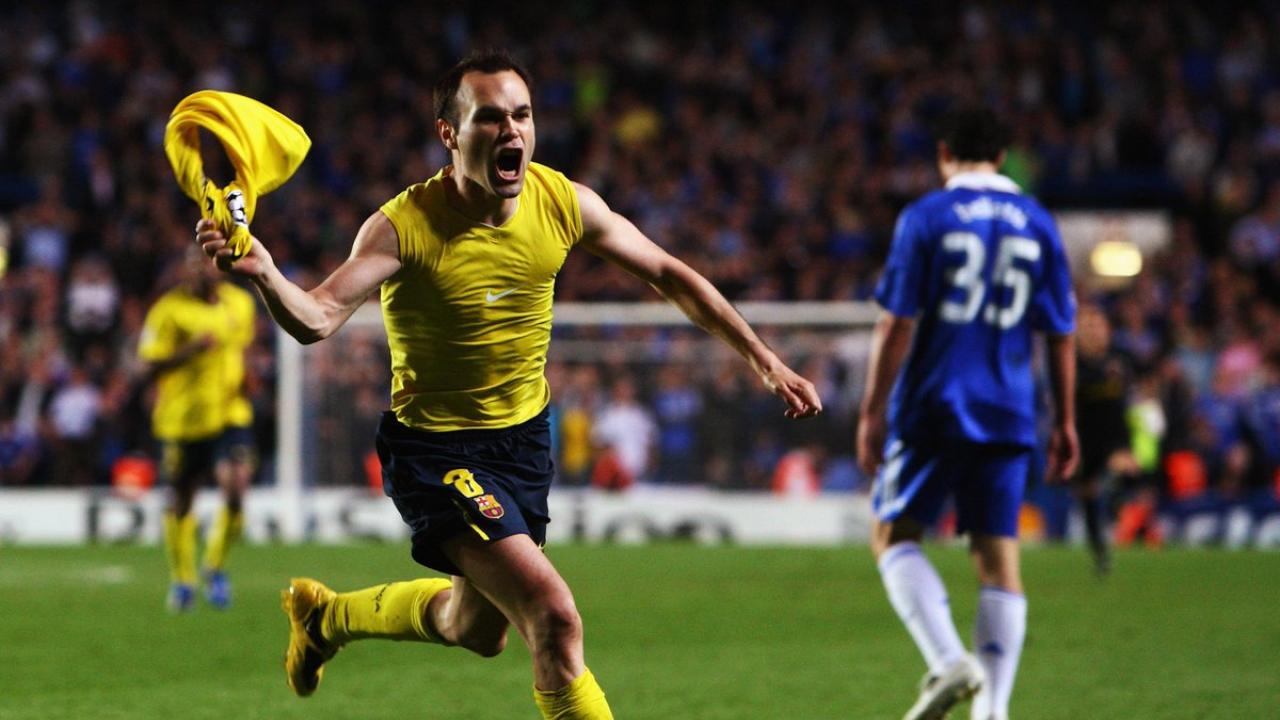 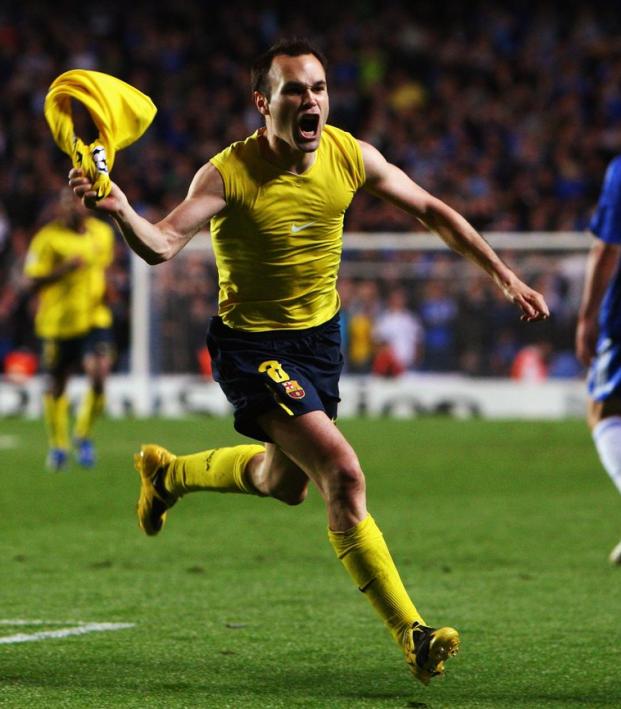 Reliving The Most Infamous Match Ever, The 2009 Chelsea-Barcelona UCL Semifinal

Next Tuesday, Chelsea and Barcelona will renew one of the greatest footballing rivalries of the 21st century. Beginning in 2000 and ending with that Fernando Torres goal scored almost six years ago, Barca and Chelsea met 12 times in the Champions League, including the 2000 quarterfinals, the 2005 and 2006 Round of 16 and the 2009 and 2012 semifinals.

Four of the matches have been won by Chelsea, three by Barcelona and five have ended in draws (although the Catalan side has thrice eliminated the London club in the knockout stages, while Chelsea has managed the feat on their opposite number twice).

Perhaps the most famous encounter between the two clubs (and certainly the most infamous) accounted for two of those stalemates — the 2008/09 UCL semifinals, when a scoreless first leg at the Camp Nou was followed by a 1-1 draw at Stamford Bridge with Barcelona then advancing via the away goal rule.

The clash had it all: captivating backstories, star power through the rafters and an embarrassment of drama.

Heading into the game, Chelsea were reinvigorated. After finishing runners-up in group play and struggling domestically, Luiz Felipe Scolari was given the boot and replaced by interim manager Guus Hiddink.

Chelsea stormed back up the EPL table while also eliminating Juventus 3-2 on aggregate in the UCL Round of 16 before a madcap 7-5 aggregate victory over Liverpool in the quarterfinals, including a legendary 4-4 second leg at Stamford Bridge.

With Petr Cech, John Terry and Ashley Cole anchoring the back, Frank Lampard and Michael Ballack bossing the midfield, and Nicolas Anelka and Didier Drogba leading the attack, this was a frightening Blues side.

Barcelona, meanwhile, were thriving under the leadership of first-year manager Pep Guardiola. The former Barca player stamped his authority on the side by jettisoning both Ronaldinho and Deco before the start of the season, and the Catalan club entered the match at the top of the La Liga table and into the Copa del Rey final. 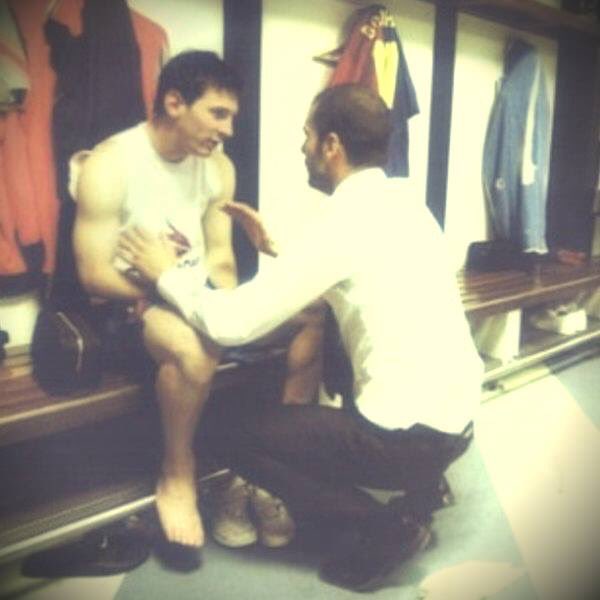 With Victor Valdes, Gerard Pique and Dani Alves in defense, Xavi and Andres Iniesta unequalled in midfield, and an attack spearheaded by Samuel Eto’o, Thierry Henry and Lionel Messi, this was regarded as one of the greatest club sides of all-time.

The first leg at the Camp Nou finished scoreless, although both Drogba and Eto’o were miraculously thwarted by the goalkeepers when presented with great opportunities to score.

A packed Stamford Bridge was crackling as the return leg kicked off in London. In the ninth minute, the magnificent atmosphere was matched on the pitch when Michael Essien scored one of the great UCL volleys.

But that fantastic strike has been largely forgotten in the face of what transpired after.

In the 24th minute, Øvrebø whistled for a Dani Alves foul on Florent Malouda. The infringement happened just inside the box, but the ref instead gave Chelsea a free kick right on the edge.

Three minutes later, Eric Abidal clashed with Drogba in the box after the Ivorian was played through by Lampard. Drogba went to ground, but Øvrebø wasn’t interested.

Ballack and Ovrebo having a nice chat. Photo: @diarioas | Twitter

In the second half, Øvrebø correctly issued Abidal a straight red in the 65’ for taking out Anelka outside the box as the last defender.

However, in the 82’ minute, Øvrebø’s clear angle on a blatant Pique handball somehow led to nothing. 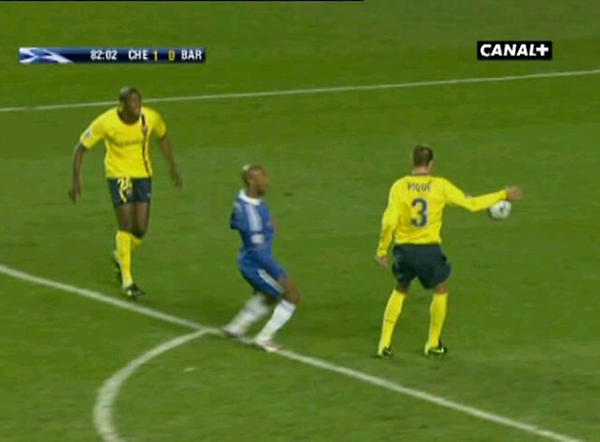 In the 93’ minute, all those perceived injustices would come back to haunt Chelsea.

An Alves cross eventually made its way to Messi. Messi looked up, spotted Iniesta standing unmarked at the top of the box and rolled it into his path.

Iniesta planted his left foot before lacing a right-footed curler into the top corner, giving Cech absolutely no chance in goal.

Chelsea had no time to reply (although they would have a fourth penalty appeal waved away), and the scenes after the final whistle (including Drogba screaming “It’s a fucking disgrace!” into a live television camera) turned ugly.

Barcelona, of course, would go on to defeat Manchester United 2-0 in the final, claiming a historic treble in Guardiola’s first season in charge.