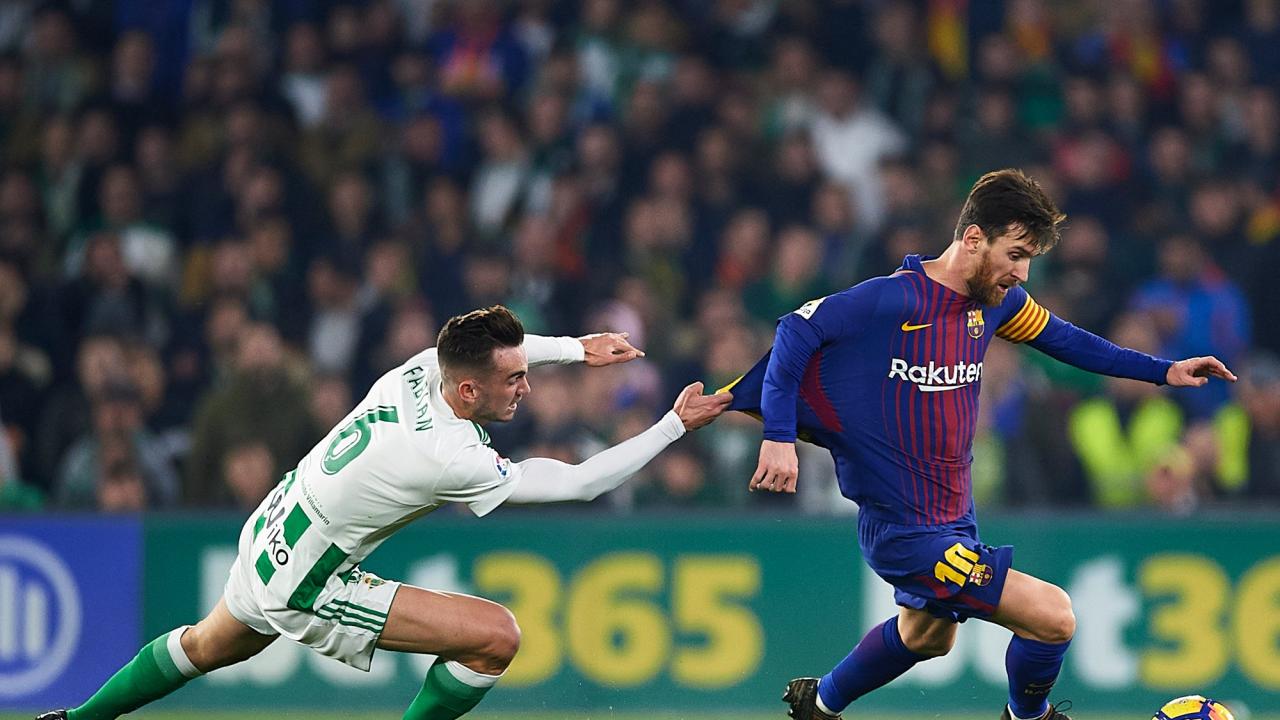 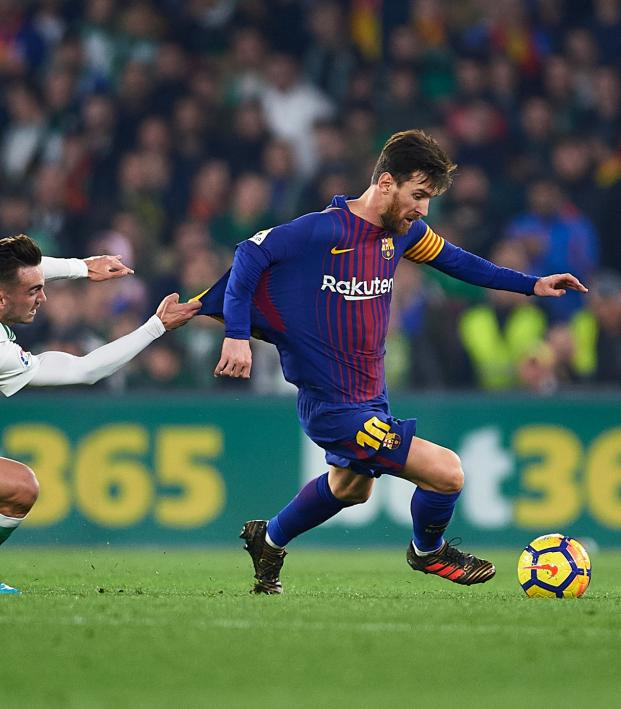 Messi Dribbles Past So Many Real Betis Players, Even Betis Fans Applaud

Matt Jenkins January 21, 2018
Lionel Messi received the ball in his own half and completed 12 dribbles against a hapless Real Betis side, who went on to lose 5-0 to Barcelona

We already know that Lionel Messi's ball control is second to none.

Apparently the folks at Masterclass.com have hired him to teach Real Betis how it's done. During Barcelona's 5-0 thrashing of Betis on Sunday, Messi dribbled at one point past so many Real Betis players that the even the Betis fans started applauding. This must feel really, really good if you're a Betis player. We're just guessing.

According to WhoScored.com, this is the most consecutive dribbles completed in La Liga in three seasons. We're going to be honest: we thought about fact-checking this, but then we watched the highlight again and thought, "Nah, that seems right."

This wasn't the only record that Messi broke. In addition to scoring two goals, he made an assist for his fifth consecutive La Liga game – a personal best for him.

Messi is now the only player to score more than 25 goals in each of the last 10 La Liga seasons. He is also the only extraterrestrial playing professional soccer today. And you can fact check that all you like.