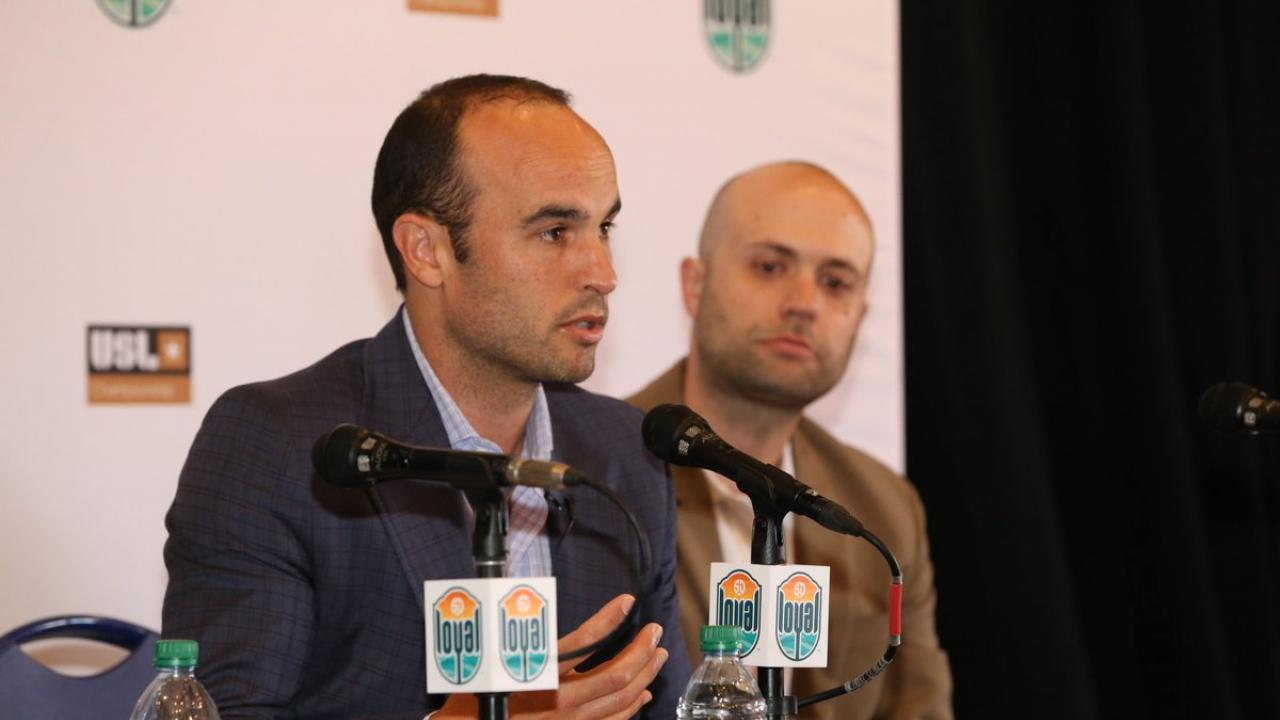 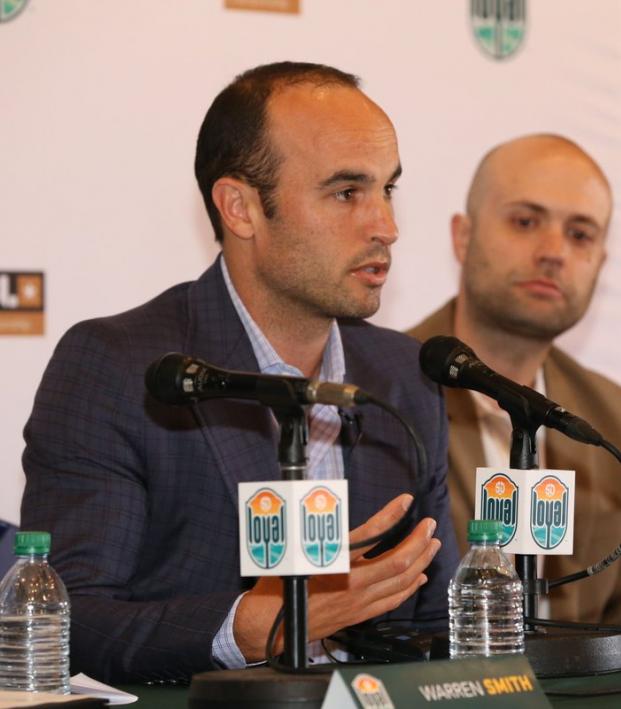 Landon Donovan has secured his first head coaching job at the tender age of 37. And he’s hiring plenty of smart women to help him out.

BREAKING: San Diego Loyal announces Landon Donovan as Manager. Considered one of the best U.S. soccer players in history, Donovan will lead duties as both EVP of Soccer Operations and Manager.

“I am truly honored to be named the first manager in San Diego Loyal history,” Donovan said when announced Thursday. “This is the right place, at the right time, with the right people for me to begin my managerial career. I am extremely grateful to The Locals and all of our amazing fans for putting their faith in me to help build a club that is authentically San Diegan. Together, we will put forward a product that all of San Diego can be proud of and that will bring smiles to countless faces.”

It’s been more than five years since Landon Donovan last suited up for the USMNT, but the face of U.S. soccer has never left the sporting consciousness of the country despite being left off the 2014 World Cup squad. The leading scorer in USMNT history (tied with Clint Dempsey) came out of retirement to play for the LA Galaxy in 2016. He returned again to play for Club León in 2018. Earlier this year, he played professional indoor soccer.

In addition to being the head coach, Landon Donovan is also a co-owner with Warren Smith and the executive vice president of soccer for the Loyal. Donovan will not be a player-coach, which we all would love to see.

While some his age are still playing, Donovan is now stepping into the coaching ranks, becoming a head coach in his first gig. He’s set to finish his U.S. Soccer “B” coaching license in December, with eyes on his “A” license in 2020.

Donovan has also made history by hiring Carrie Taylor as an assistant coach. Taylor, who already has her “A” license, is believed to be the first woman to coach a professional American men’s soccer team, according to Grant Wahl, who first reported Donovan’s hiring.

“Carrie is the most qualified person on our staff,” Donovan said.

In addition to Taylor, other women on Donovan’s staff include Elizabeth Rivas as operations manager, Annemarie Alf as performance director, Brittany Peterson as head athletic trainer, Marielle L’Heureux as assistant athletic trainer and former USWNTer Shannon MacMillan, who will advise the technical side with Paul Buckle and Jesse Saenz.

“I wanted to give people the opportunity that they might not otherwise have,” Donovan said in a podcast with Wahl. “Carrie is qualified for the job in every way, she just happens to be female. She helps me in so many ways to make my job easier. It’s also nice that she’s getting the opportunity and I hope that others will at least consider that.”

Hear from your SD Loyal Manager in this exclusive podcast with @GrantWahl  https://t.co/PDjTogQl1W

(Side note: It’s worth listening to the entire podcast with Wahl and Donovan, including Wahl asking if the Loyal mascot is a Boy Scout or what.)

Donovan will be among the youngest top-flight soccer coaches in the world but not the youngest. That title goes to Julian Nagelsmann, 32, of RB Leipzig. Sean McVay (LA Rams) and Ryan Saunders (Minnesota Timberwolves), both 33, are currently the youngest head coaches in U.S. professional sports.

The Loyal will be the 35th club in the USL Championship in 2020, with David Villa’s recently announced Queensboro FC and Oakland East Bay set to follow in 2021. San Diego will play Torero Stadium on the campus of the University of San Diego.