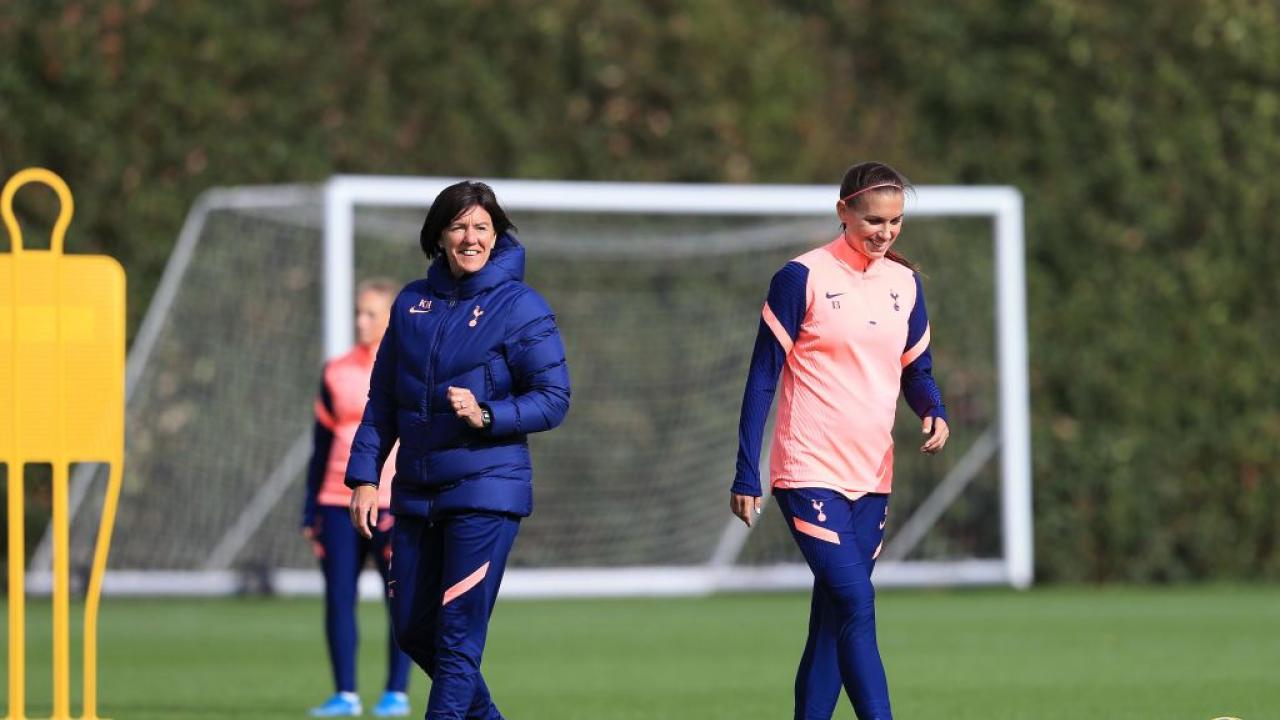 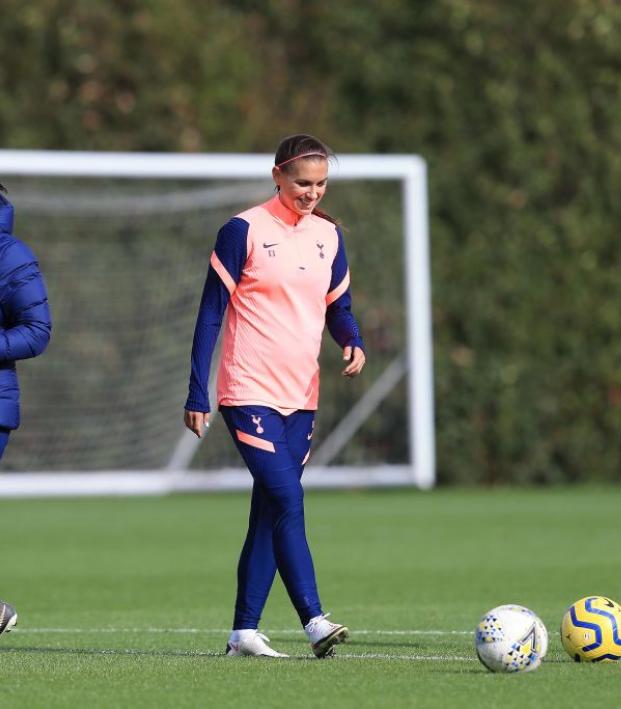 Travis Yoesting September 25, 2020
It’s a good thing Morgan has been training so hard, because Spurs have some big matches coming up.

Alex Morgan, having apparently eschewed any quarantines like Tobin Heath and Christen Press underwent, is set to make her debut with Women’s Super League club Spurs in the coming days. So we thought we’d provide some photos of the USWNT superstar training with her new club, plus provide details on how to watch the Alex Morgan Tottenham debut.

Morgan transferred to the North London club from the Orlando Pride earlier this month, in part because, as she admitted, the WSL in England is more stable than the NWSL right now, as the U.S. has failed to properly contain Covid-19. Having given birth to her first child in May, she hasn’t played since the 2019 Women’s World Cup. But she’s worked tirelessly to return to shape, which could pay off with a huge match in her first time out with Tottenham.

A behind-the-scenes look at @alexmorgan13's first day as a Spurs player at Hotspur Way!#WelcomeAlex   #COYS pic.twitter.com/qsMdjwQEQx

Spurs travel to face North London rival Arsenal on Saturday in the FA Women’s Cup. A derby against one of the best teams in Europe will no doubt make for a tough Tottenham debut for Morgan.

While the men completed their 2019-20 FA Cup this summer, the FA Women’s Cup is still in the quarterfinals. On the bright side, the FA is allowing the women to finish the tournament after not allowing them to finish the WSL season. On the downside, it’s nearly impossible to watch this competition on TV in the U.S.

If you’re in the UK, you can watch the Spurs-Arsenal FA Women’s Cup match on BBC Two, BBC Sport Web and the BBC iPlayer. The only way to get those options to work in the U.S. is with a VPN, which has fuzzy legal implications. We believe the match is also available internationally on the FA Player. We’ll do our best to post highlights of the match afterword, so check back on The18.com on Saturday afternoon. (The match kicks off at 12:15 p.m. ET.)

Then again, coach Juan Amoros said Morgan might not even play in the match.

“We can’t forget that Alex only arrived in the country last week and has only been involved in a few training sessions with the team, having not played in a year,” Amoros told the Spurs website. “We’ll need to make a late call on whether she is involved or not, but she is available for selection and eligible to play in the competition, along with our other new signings.”

While the Spurs-Arsenal match won’t be easy to find in the U.S., Tottenham’s next match will be, and it’ll be another big one.

Tottenham travels north to face Manchester City, new home of USWNT midfielders Rose Lavelle and Sam Mewis, on Oct. 4. This match will be available — for free — in the U.S. on NBCsports.com, Fanatiz.com and Atafootball.com. Unfortunately, it’s a pretty early kickoff at 7:30 a.m. ET (4:30 a.m. in Morgan’s home state of California).

It won’t get any easier for Morgan and Tottenham. Spurs, which finished seventh in the 12-team WSL last campaign, will take on Heath and Press Manchester United on Oct. 10 and Arsenal again on Oct. 18. NBCsports.com, Fanatiz and Atafootball will be showing WSL matches throughout the season, with a few even making it to TV on NBCSN, though we’ve yet to see any match confirmed to be broadcast live on cable TV in the U.S.

It’s a damn good thing Morgan has been training so hard to be ready for this tough stretch. And speaking of Morgan training, here are some pics of her training on Friday ahead of that big North London Derby.