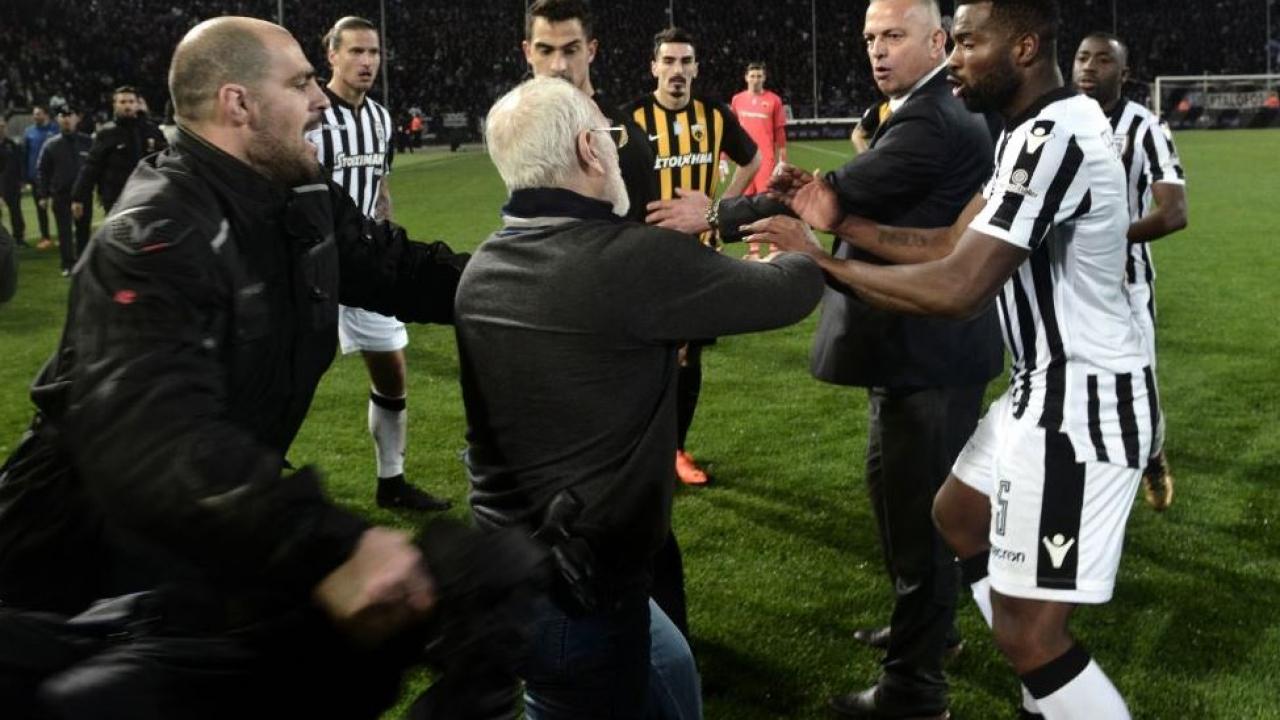 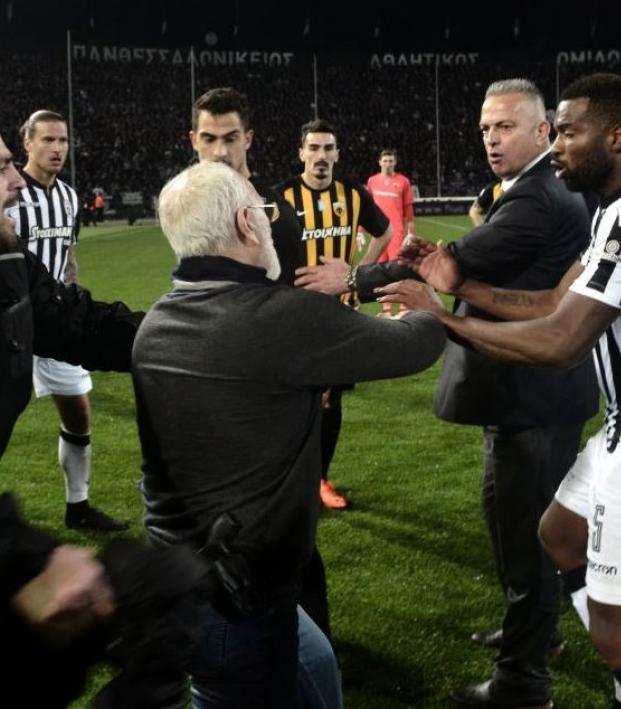 The Greek Superleague has been suspended after a match between PAOK and AEK Athens briefly turned into an episode of Justified.

PAOK owner Ivan Savvidis ran on the field to protest a call the referee had made, and guess what, he had a gun on him.

We are not making any of this up.

Ivan Savvidis, owner of Greek soccer team PAOK, ran on the field after his team’s goal in the 89th minute was blown dead after an offsides call. Savvidis (as seen here) was also carrying a gun. pic.twitter.com/lt0Rr1AqlL

It really takes something to get a whole league suspended, and an enraged owner running on the field to confront a referee is really something.

An arrest warrant has reportedly been issued for Savvidis (not for the gun, but for the pitch invasion). If all goes according to plan here, Savvidis will pop up in Harlan County (perhaps as a former associate of Picker's?) and die in a hail of Raylan Givensi or Boyd Crowder-supplied gunfire.

No word on when the Greek Superleague will start back up.