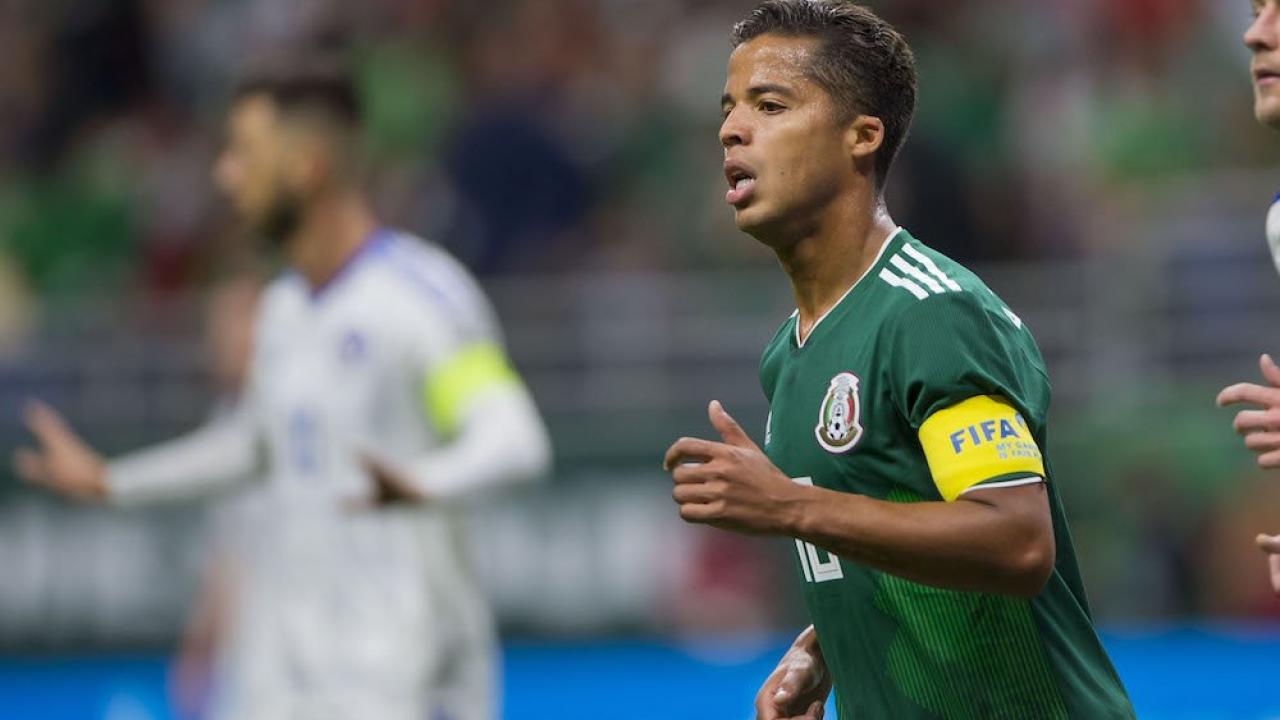 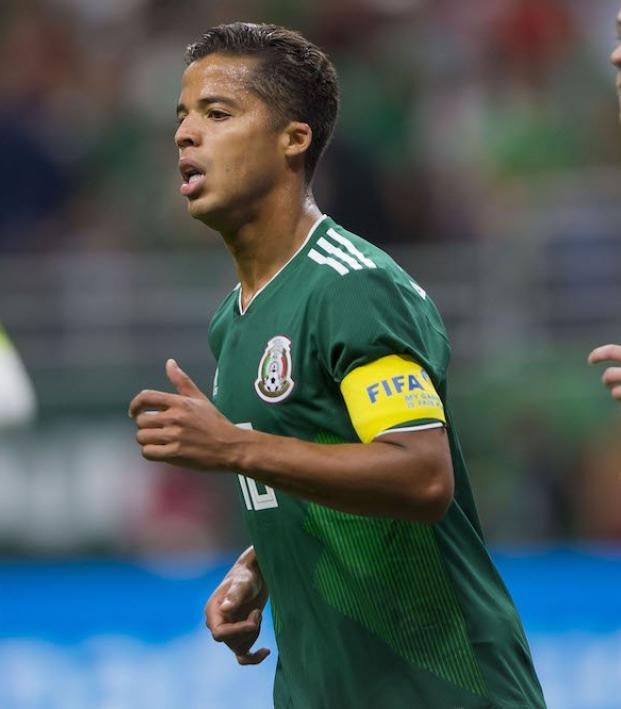 Connor Fleming March 12, 2018
Dos Santos has started 2018 right where he left off in 2017, looking like a terrible Designated Player for Los Angeles.

With 102 appearances, 18 goals and as a veteran of two World Cups, history is on Giovani dos Santos’ side. However, his play on the field over the last year and a half makes his inclusion in Mexico’s 2018 World Cup squad, by Juan Carlos Osorio’s own stated standards, a real doubt.

When Dos Santos arrived in MLS in 2016, his initial return of 14 goals, 12 assists and a place in the MLS Best XI seemed to fully justify a Designated Player salary of $5.5 million per year.

But as the Galaxy tanked in 2017, so too did dos Santos. In 25 starts, the Mexican attacker’s numbers dipped horrendously — he recorded only six goals and three assists for the league’s second-worst team.

For the first time since 2013, dos Santos also failed to register a goal for El Tri in the calendar year.

Osorio has made it clear what he expects from his contingent of players in MLS, saying: “I would prefer my players to play in Europe. In the top leagues. ... We hope that our players take on the league (MLS) with the same responsibility and that when they are required (by the national team), they are in good form.”

Back in January, when Giovani was called up alongside his brother Jonathan and new LAFC signing Carlos Vela, Osorio said he was more than pleased with the physical conditioning of all three.

“The three players who are in the MLS look very good,” Osorio said. “They are players who are not competing, because MLS has not started yet. Jonathan, Carlos and Giovani look great, Giovani especially. As I said last week, I was in Los Angeles and he’s in very good athletic condition, maybe the best of his career.” 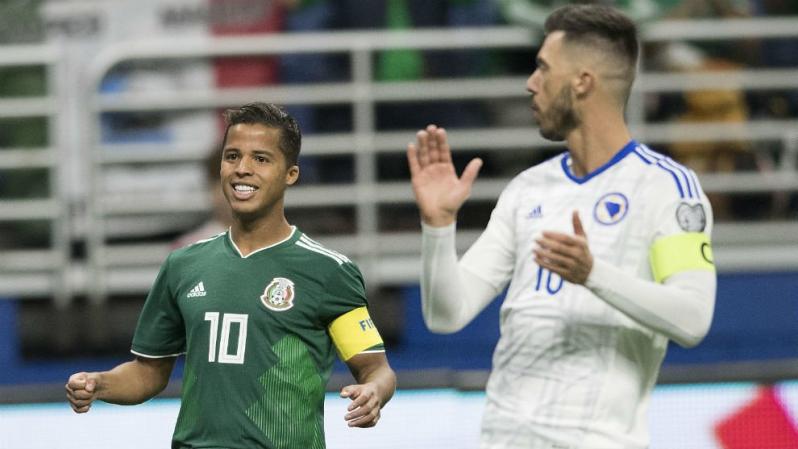 However, the opening two weeks of MLS play have been entirely forgettable for Giovani dos Santos, and there are now questions over his availability for Mexico’s pair of March friendlies against Iceland and Croatia.

In the opening match against Portland, dos Santos was deployed in the No. 10 role without having much of an impact on the match. He landed one shot on target while failing to complete a pass in the final third. He was subbed off in the 72nd minute with Los Angeles looking to protect its 2-1 lead. 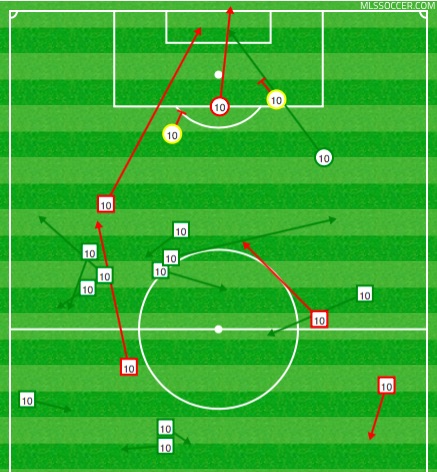 On Sunday, he again started in the No. 10 role and played for 45 minutes before being hooked because of some reported tightness in his right hamstring. Dos Santos was invisible for the opening 45, completing two of six passes as NYCFC cruised to a 2-0 halftime lead. 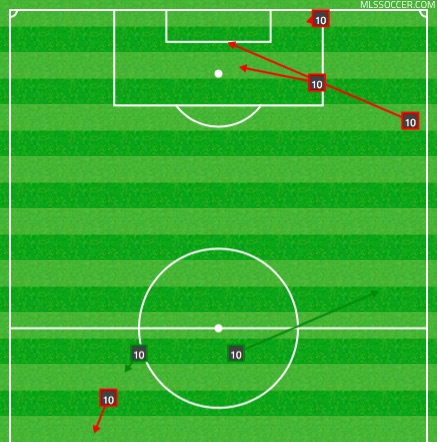 This is what's called an ineffective 45 minutes. Photo: MLSsoccer.com

INJURY UPDATE: Giovani Dos Santos out at the half with a hurt ego. #NYCvLA

In the second half, Jonathan dos Santos was moved into the No. 10 role, and Los Angeles looked hugely improved because of it. This is a change that many Galaxy fans want to see made permanent.

Matthew Doyle, a senior writer for MLS, isn’t sure that Giovani should even be starting for L.A. at this point, a remarkable sign of how far his star has fallen over the past year.

Much better. Truth is GDS hasn't looked to be a DP-caliber player save for a 4-month stretch nearly 2 years ago. Maybe not even a starter at this point. #NYCvLA https://t.co/1h2mbPXgZW

When asked if he felt his place with the national team was safe last week, Giovani replied, “No. Like coach (Osorio) has said, it’s every player’s job to look after ourselves.”

Forget the national team, Giovani might be on the verge of losing his starting spot in Los Angeles (and to his brother, no less).