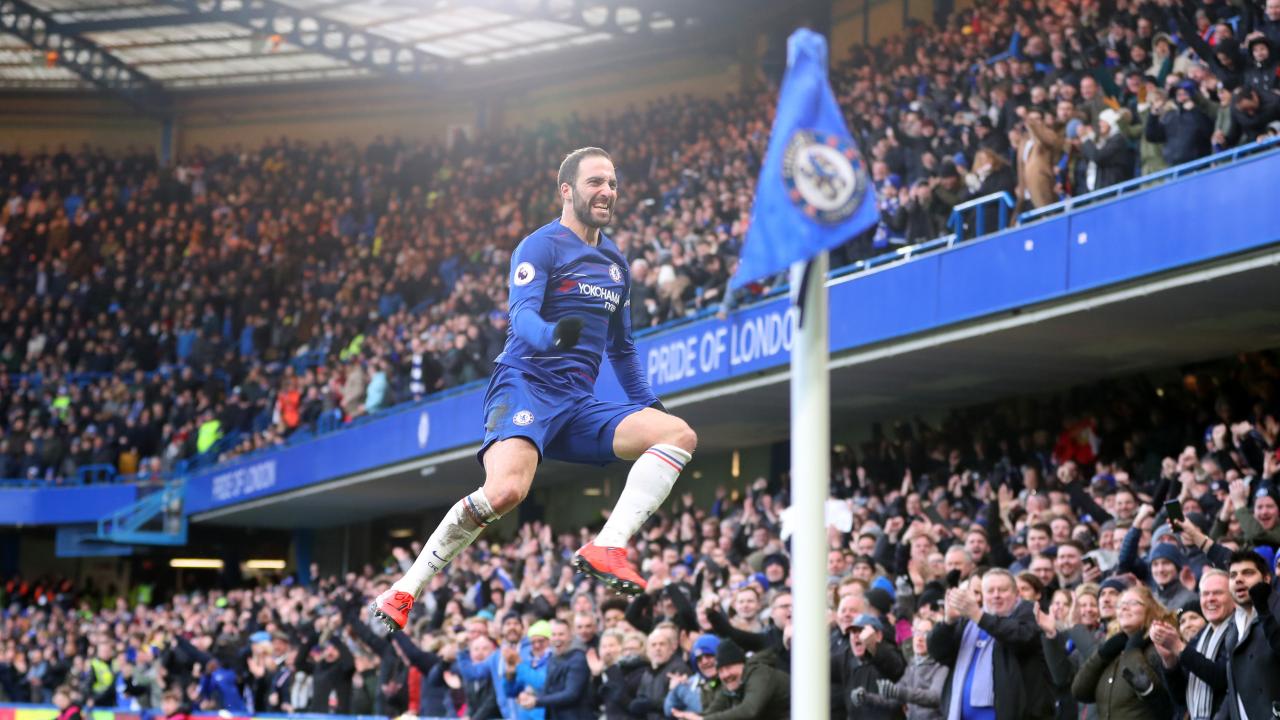 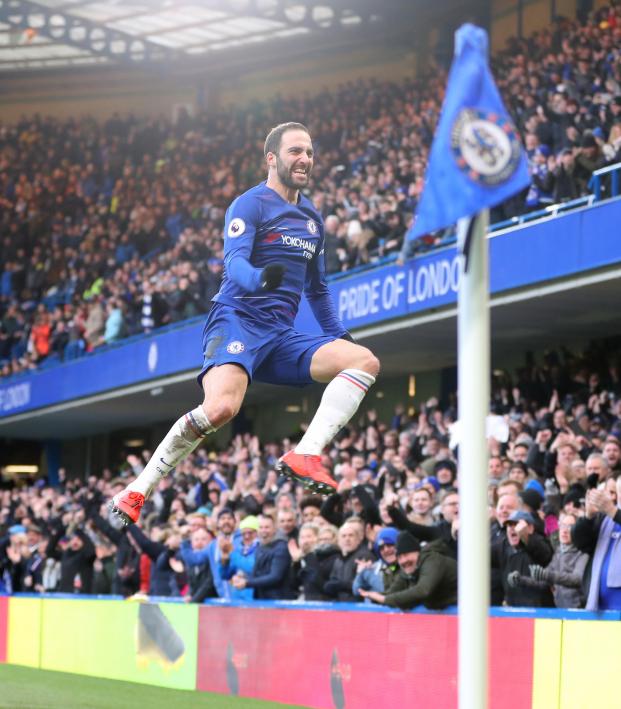 With One Brilliant Stroke Of His Right Foot, Higuain Showed He’s Got What It Takes At Chelsea

Travis Yoesting February 2, 2019
In his second match with the Blues, Gonzalo Higuain scored a magnificent double.

Gonzalo Higuain received his first Chelsea start on Wednesday, a bystander as the Blues were stomped by mid-table Bournemouth. Given another chance against Huddersfield Town on Saturday, the Argentine showed he may actually be the man Maurizio Sarri needs to turn Chelsea’s season around.

Chelsea routed Huddersfield 5-0 to partially erase the taste of the 4-0 loss to Bournemouth earlier in the week. It helped the Blues were playing at home instead of on the road, against a team bottom of the league instead of mid-table. But the performance of Higuain will be encouraging to all the blue-clad faithful at Stamford Bridge on Saturday.

Higuain opened the scoring in the 16th minute, immediately taking pressure off to score his first Chelsea goal. Anyone who remembers Fernando Torres’ January transfer to Chelsea knows how big of a deal that first goal is.

The strike came off an incisive run well spotted by N’Golo Kanté, with Higuain blasting a shot into the roof of the net.

Kanté assisted the second Higuain goal vs Huddersfield as well, though it really was all about Higuain.

The new Chelsea No. 9 made it 4-0 in the 69th minute with a beautiful curling shot from 25 yards out. Andres Cantor, for one, was impressed (we were too).

Higuain isn’t really known for his long-range strikes (more his movement and sometimes clinical finishing), but this was an absolute peach of a goal, even if it took a bit of a deflection.

Those two goals will certainly earn Higuain a little time to fully endear himself to Chelsea fans, even if they did come against a team that came into the weekend 12 points from safety having recorded two wins all season.

We’d be remiss if we didn’t also mention the play of Eden Hazard, who buzzed around the pitch with menace on Saturday, scoring the other two goals.

Hazard made it 2-0 right before halftime when he converted a penalty won by Cesar Azpilicueta, who went to ground awfully easily (and perhaps outside the box).

Make your own mind up. Dive or no dive, don’t even think it’s in the area... #htafc #Chelsea pic.twitter.com/vbji52Y83f

Hazard’s second was more indicative of his talents, using his speed, touch and dribbling to score in the 66th minute.

David Luiz completed the scoring because why not, heading in off a corner, though the shot took a major deflection.

With Arsenal, which had jumped Chelsea into fourth on goals scored earlier in the week, playing at Manchester City on Sunday, the Blues will like their chances to remain in the top four after the end of the week with a comprehensive victory that will improve morale around Stamford Bridge.

But, again, it was Huddersfield, which hasn’t won since November.