George Weah, the 1995 Ballon d’Or winner, was elected president of Liberia on Thursday, beating out current vice president Joseph Boakai in a run-off election. A former Monaco, PSG and AC Milan star striker, Weah was announced as the winner after securing 61.5 percent of the vote from 98.1 percent of the ballots cast.

Weah went the Donald Trump route of getting elected, using his popularity as a celebrity to win over voters, and will bring unprecedented scrutiny upon his administration given his worldwide fame, for better or worse.

A genius on the pitch, Weah’s lack of a formal education has been criticized. He claims a degree from Parkwood University in England, a known diploma mill, and also went to DeVry University in the U.S., a for-profit college. But he is clearly popular and his ideas resonate with the population of one of Africa’s poorest countries, one that has been hard hit by civil war and disease in the past two decades.

Unlike Trump, Weah does have prior political experience. He lost the 2005 presidential election to Ellen Johnson Sirleaf, who became Africa’s first female president. But he then beat Sirleaf’s son, Robert Sirleaf, in a 2014 election to become a senator. 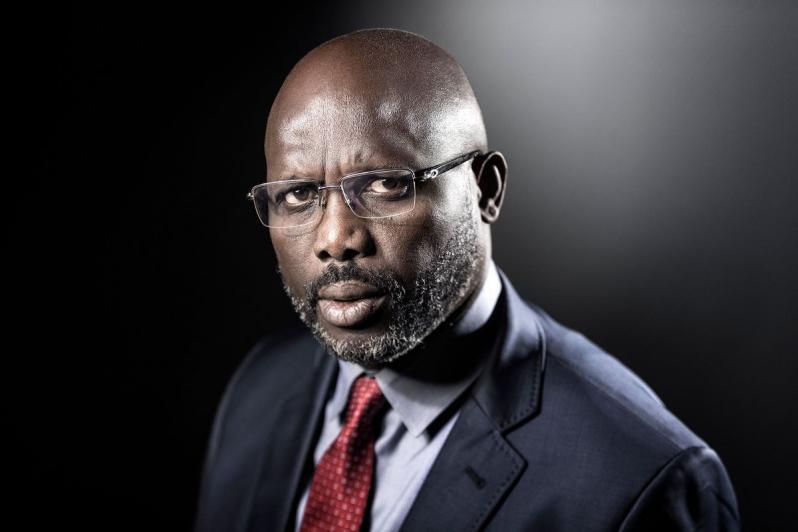 In addition to being a legendary player — the only African to win the Ballon d’Or — Weah is also the father of USMNT youth player Tim Weah. The 17-year-old signed his first professional contract with PSG in July and was a revelation at the U-17 World Cup, including a hat trick in the quarterfinals. Trump also has a son who plays soccer, although Barron isn’t quite at Tim’s level yet.

Keeping with the Trump comparisons, Weah’s running mate Jewel Howard-Taylor has some similarities to U.S. Vice President Mike Pence in her views on homosexuality. Howard-Taylor is a former first lady of Liberia, though she has since divorced former president Charles Taylor, who is currently in a UK prison serving a 50-year sentence for crimes against humanity. As an elected senator, Howard-Taylor introduced a bill that would have made homosexuality a felony punishable by death. While the bill was not passed under Sirleaf, voluntary sodomy is a crime punishable by up to three years in prison in Liberia, a law that is common in many African nations.

But most in Liberia and around the world know Weah as a footballer. Weah scored more than 200 goals in his career, including 22 for the Liberian national team. He made the move to Europe in 1988 when bespectacled Monaco coach Arsene Wenger signed the 21-year-old. He later moved to Paris Saint-Germain where he notched this brilliant goal against Bayern Munich in the Champions League.

Compared to his time on the pitch, Weah will have far greater challenges as president of Liberia. Unfortunately, kicking a ball into a net doesn’t guarantee political success, but we hope for the sake of Liberia he governs well.