DeAndre Yedlin showcased his ever-growing defensive game again on Wednesday in Newcastle United’s 0-1 defeat to Manchester City at Saint James’ Park. The 24-year-old native of Seattle was part of a Newcastle back five that had to contend with Pep Guardiola’s traveling circus of attacking freaks, but the right back won three defensive aerials, two tackles and made two interceptions while also providing the cross that led to Newcastle’s best chance of the first half.

While Newcastle manager Rafa Benitez has certainly helped aid Yedlin’s defensive acumen, the USMNT star continues to display a mental maturity well beyond his youthful age. This part of his game came into focus before the action on the pitch kicked off with a special 10-page interview in Newcastle’s match day program. Speaking with Newcastle club reporter Tom Easterby, Yedlin talked about how his experiences with Tottenham, Sunderland and now Newcastle have forged his fighting spirit.

“At times it was really tough,” Yedlin revealed. “At times I was contemplating ‘Should I just go back to the U.S. and start a new career there?’ I didn’t really have my family there (in England) and I didn’t know a lot of people there. But things became a bit easier.

“One of the reasons that I really told myself ‘No, I need to stay here,’ is that I’d come so far. Just because of a bad six months or a bad year, I’m not just going to throw it all away. Also, it’s not to prove the people who don’t believe in me wrong, but it’s to prove the people who do believe in me right. To prove to my grandparents and my family and all my friends — they always told me I could do it. I think that’s far more important than proving the haters wrong.”

Thank you for your support tonight! pic.twitter.com/bXeUMfrMwe

Although only 24, Yedlin is only one cap shy of a half-century for the USMNT. While he was a revelation at the 2014 World Cup — a string of performances which directly led to his four-year contract with Tottenham — he also spoke about the unceasing anguish of failing to qualify for the 2018 event.

“It was extremely tough,” Yedlin said. “It’s one of those times that you can say, ‘We’ll put it behind us, we’ll put it behind us’, but it will always be there. It’s very hard to put behind you. In your career, you can only go to a World Cup maybe three or four times, so it’s hard to miss out on it.

“But people sometimes miss out on big opportunities, and they have to get over it. All we can really do now is look towards 2022, and prepare the best we can and make sure that the mistake that we made doesn’t happen again.” 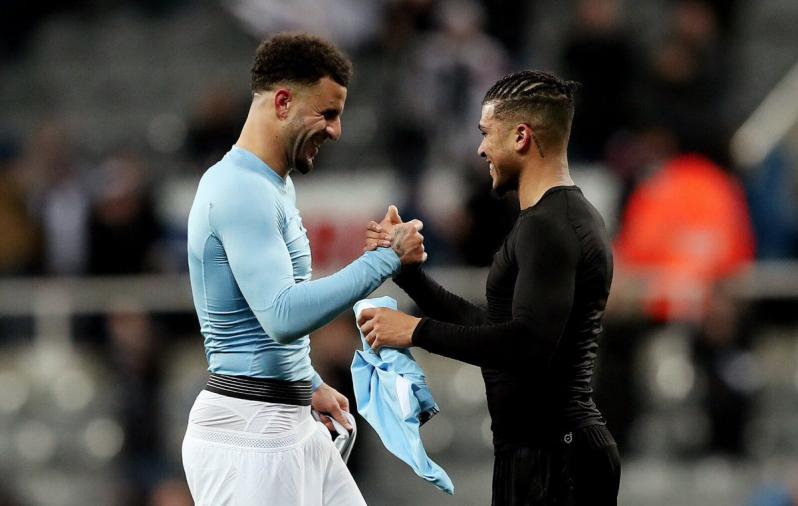 Finally, Yedlin also talked about the points Christian Pulisic made in his article for The Players’ Tribune, particularly youth development in American soccer and MLS:

“I thought he was spot on. I thought what he said was spot on. Coming from a kid who notices the problem, especially with youth soccer and the way we’re developing kids in America, the fact that he can see it at such a young age is pretty telling. It shows that I think a change does need to be made.

“We’ve seen that young players, especially American players, are being put on the bench in MLS. They’re taken out of college, so they’re not going to have an education, and they’re just being put on the bench. Then, say they don’t play for a year, it’s tough. Then maybe you have to go to the second division in America, or stuff like that.

“I think that players need the opportunities. Look at England — there are a lot of young English players who are doing well, because they’ve been given a chance at such a young age. I definitely think that kind of policy needs to be implemented in the U.S.”

Yedlin and Newcastle return to action on Saturday with a massive home match against last season’s Championship rival Brighton. They then travel to Stoke to play the Potters on New Year’s Day.