Connor Fleming December 28, 2017
Cristobal Munoz is regarded as the best prospect in Spanish football, and it’s self-evident as to why.

When FC Barcelona signed 12-year-old prospect Cristobal Munoz from a youth side affiliated with Malaga last March, the deal was heralded by Barcelona-based daily Sport as the capture of “the hottest young prospect in Spanish football.”

Cristobal elected to join La Masia and begin playing for Barca’s U-13 side (Infantil B) over an offer from Real Madrid. According to Sport, Barcelona youth directors Jordi Roura and Aureli Altimira believe he is the most talented player of his generation, “a winger who can play in various other positions, already quite physically developed and with spectacular quality.” 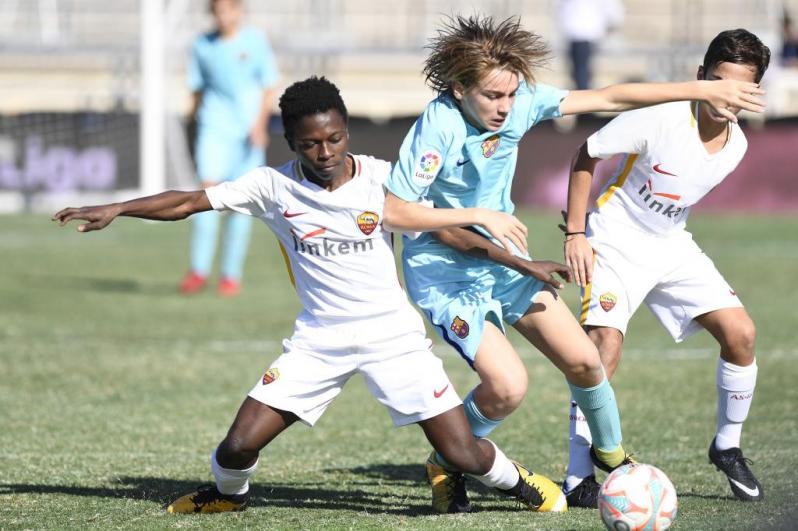 Cristobal and the Infantil Bs are currently in action at the LaLiga Promises tournament in Tenerife, a marquee event featuring youth sides from Roma, Villarreal, Juventus, PSG and Atletico Madrid.

Cristobal scored in Barca’s opening 3-0 victory over Alaves but was kept off the scoresheet in a 1-0 defeat to Villarreal (a rematch of last year’s final). To qualify for the quarterfinals, Barcelona needed to defeat or draw with Roma on Thursday. They won 3-0 with Cristobal scoring an unreal hat-trick.

What?! Is that Leo Messi playing at the #LaLigaPromises?!

Barcelona will now play either Atletico, PSG or Juventus in the quarters.