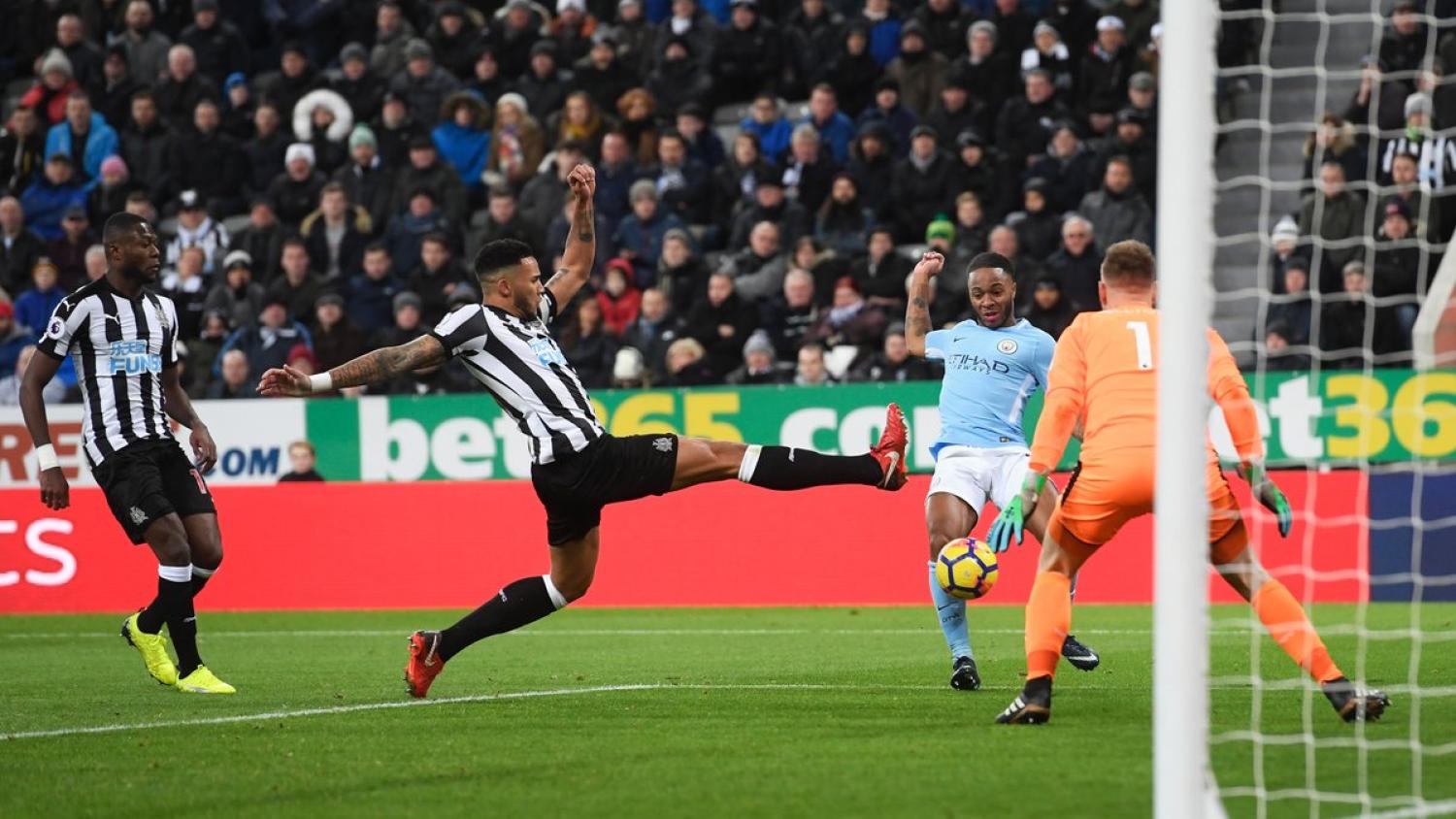 Manchester City out-possessed Newcastle United 78%-22%, out-passed them 824-228 and outshot them 21-6, but Raheem Sterling’s goal off another sublime Kevin De Bruyne assist was the only difference in Wednesday night’s encounter at Saint James’ Park.

City’s winning streak hit 18 matches while the gap on second-place Manchester United grew to 15 points, but Rafa Benitez’s charges could’ve put a halt to their run in a manner which would’ve had Pep Guardiola guzzling his traditional post-match champagne.

Rolando Aarons had a first half effort bravely cleared off the line by Nicolas Otamendi before getting clattered by Joselu, Dwight Gayle was rightly booked for a despicable dive when presented with an excellent chance to equalize and the English striker then sent a free header narrowly wide in the 88th minute to ensure City’s title coronation continued apace.

Newcastle you were SO CLOSE! pic.twitter.com/io7icFBjlg

With three games in six days — including much more favorable matchups against Brighton and Stoke coming — Benitez made a plethora of lineup changes to the side that’d defeated West Ham 3-2 four days prior. With a five-man backline and all 10 outfield players behind the ball, Pep Guardiola opted to bring on Gabriel Jesus after Vincent Kompany’s troublesome calf went out again in the match’s opening minutes.

There was no need for defenders here from a City perspective. And so City went about completing 359 more passes than Newcastle in the opening 45 minutes, but the only one that really mattered was De Bruyne’s beautiful spot of Sterling in the Toon area.

Another goal for Raheem Sterling, and what a ball from KDB! #SharkTeam pic.twitter.com/cVFMeonhIj

It was Sterling’s 13th goal of the season and De Bruyne’s ninth assist. But that would be it for City. Sergio Aguero had five shots, hitting the post twice while having another effort brilliantly saved by Rob Elliot. Their dominance went unrewarded.

The introductions of Christian Atsu and Mikel Merino gave Newcastle life for the game’s closing 20 minutes (Newcastle even began to dictate possession during that period), and with City misfiring and losing steam, this appeared to be the first clear opportunity to get at them in the last four months.