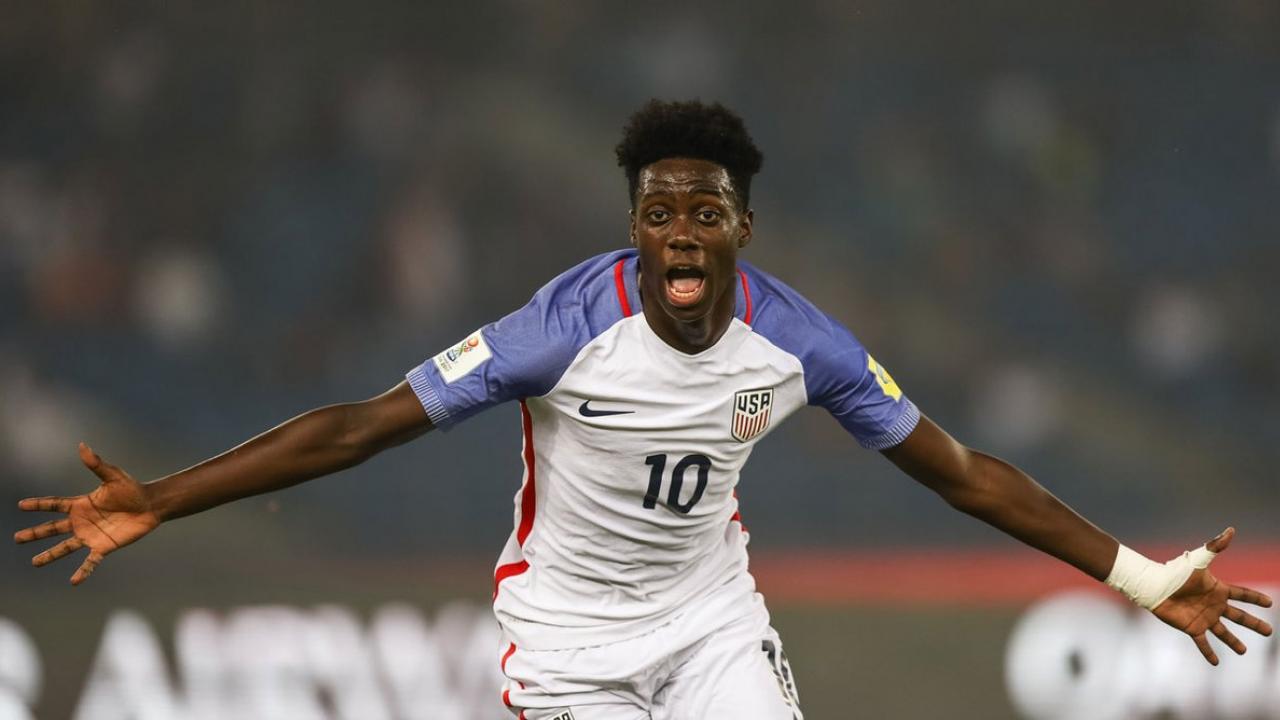 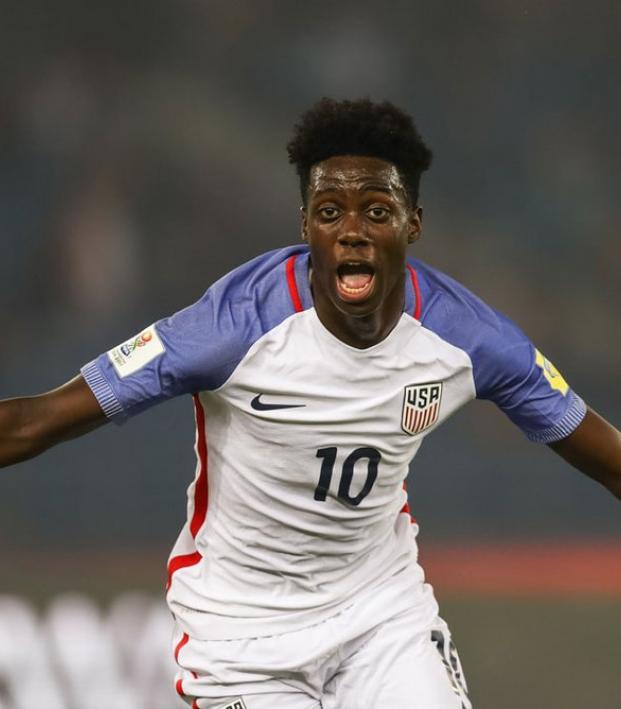 Timothy Weah, son of 1995 Ballon d'Or winner and former AC Milan and PSG striker George Weah, scored the first two goals and the last goal as the U.S. routed Paraguay 5-0 in the Round of 16 at the U-17 World Cup in India on Monday. His second goal was absolutely gorgeous. Please do take a look.

And from another angle.

The U.S. won its first two group-stage games in shutout fashion but a 3-1 defeat to Colombia sent the Americans into third place behind first-place Ghana and Colombia. A late goal from Colombia put them into second place, but their reward was a Germany side that beat them 4-0 in the early match Monday.

So instead the U.S. played Paraguay, a team that won all three group stage games but wasn’t really tested against the likes of Mali, New Zealand and Turkey.

The U.S. youngsters will now play either England or Japan in the quarterfinals. England won every match in Group F and finished with a plus-nine goal differential while Japan took second in Group E behind France.

The U.S. led 1-0 at halftime on Monday thanks to a 19th-minute goal from Weah, who finished a nice move of one-touch football with an assist from Ayo Akinola.

Weah completed his hat trick in the 77th minute, capping the scoring by finishing with aplomb on an assist from Andrew Carleton, who must have eyes in the back of his head.

Tim Weah is the 5th #USMNT player with a hat trick at a men's senior or youth World Cup, and he's the 1st to do it in the knockout stage. pic.twitter.com/TLzoyA9ixO

Weah’s second goal in the 53rd minute and opened the floodgates for the Americans. Carleton, of Atlanta United, and Josh Sargent, soon to be of Werder Bremen, both found the back of the net, the two assisting on the other’s goal.

Looks like some of those guys would’ve been useful last week in Trinidad and Tobago.