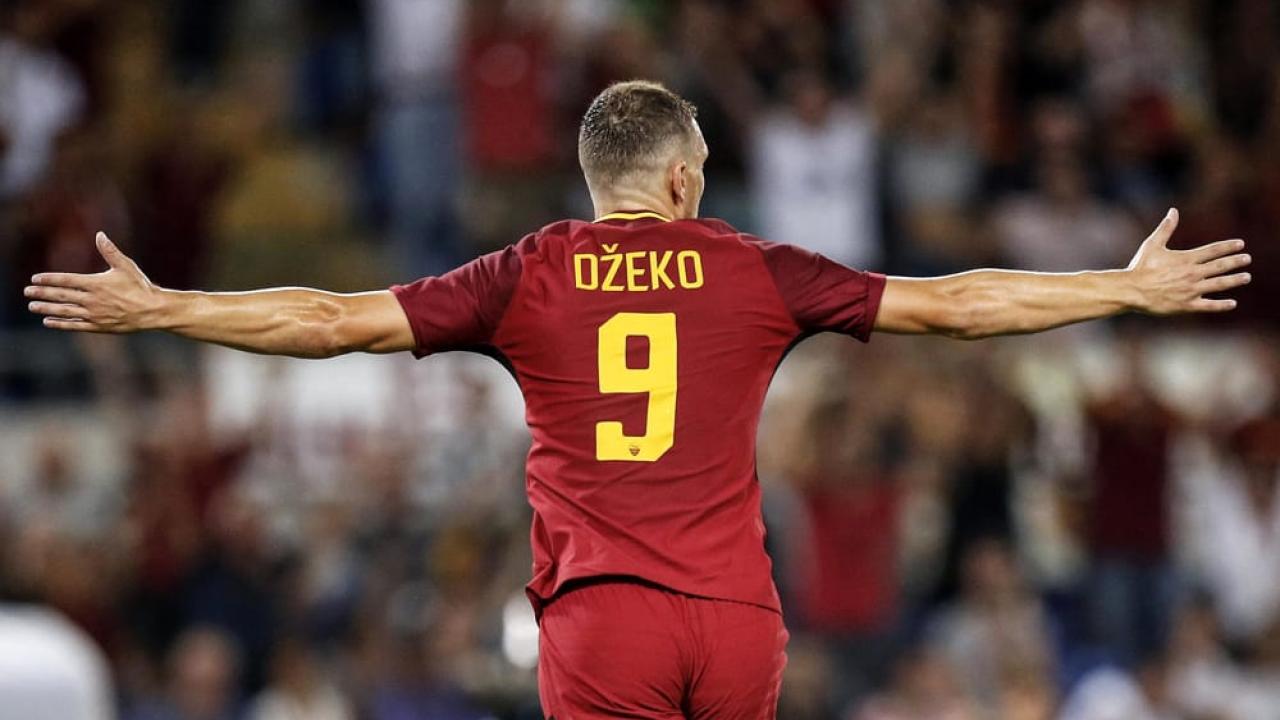 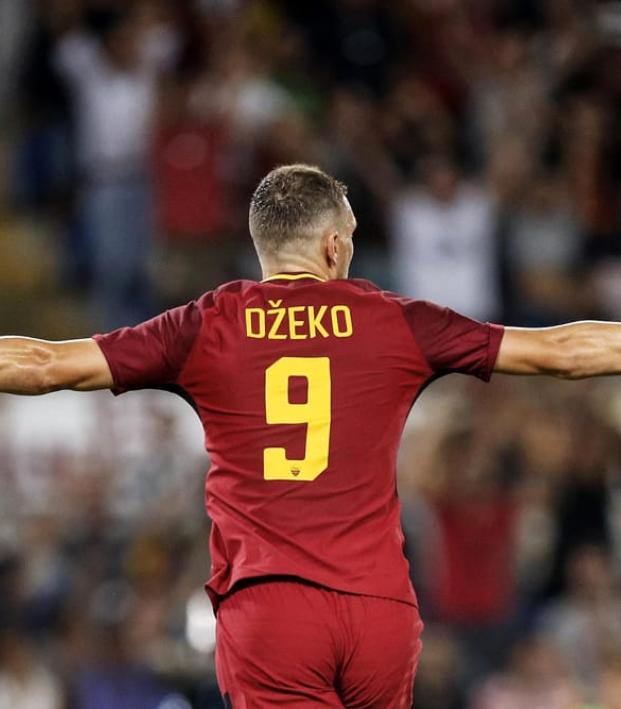 Huw Thomas January 23, 2018
Inter vs. Roma showed us that off-the-field problems will be the real challenge facing these two clubs.

Serie A returned after a short winter break and everything seemed to go according to plan. Napoli won. Juventus won. Benevento lost. Pretty much par for the course.

The big fixture of the weekend took place in Milan, however. Inter versus Roma at the San Siro. Two of the season’s most impressive sides facing off in game filled to the brim with narratives and subplots.

Let’s wind back the clock to the end of last season. Luciano Spalletti parted ways with Roma, leaving after a semi-successful stint with the side. The club wanted to move in a new direction and Spalletti wasn’t the man to carry them forward. With the deep ties between the coach and the club, it seemed inevitable and regrettable.

In came Spanish sporting director Monchi and a new coach, former Roma player Eusebio Di Francesco. This was to be the start of a new era. A young coach and a technical director who’d seen such incredible success at Sevilla. Even after selling Mo Salah for a big sum, the money was immediately reinvested into the squad. Not many people expected much from Roma at the start. This was a long-term project. 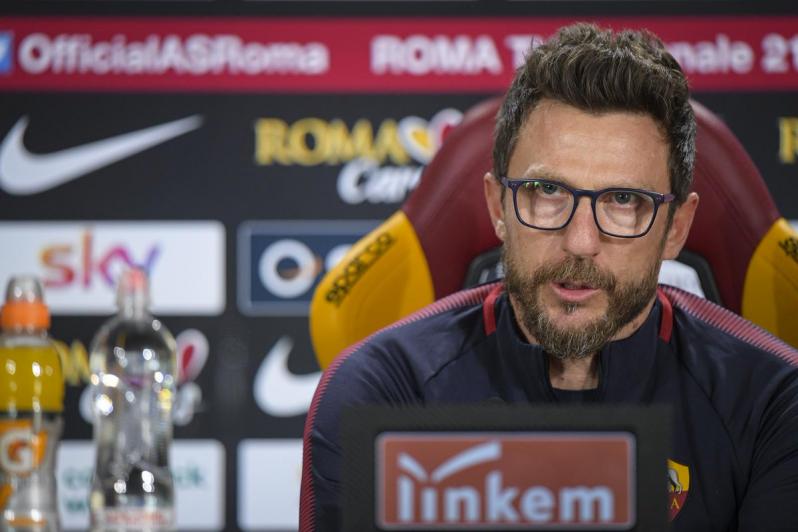 Meanwhile, Spalletti bounced right back. He was hired almost immediately by Inter. While crosstown neighbors Milan were going hog wild with their transfer targets, Inter took a more reserved approach, buying unfashionable yet proven players. They’d spent heavily the season before and now they needed someone to sculpt these raw materials into a winning team. Spalletti was that man.

So there were two teams brimming with potential. But expectations weren’t that high. Juventus, Napoli and Milan were stealing all the headlines.

Nevertheless, both teams started well. Both managers focused on solidity, forging a reliable and tough defense before moving on to the attack. It worked.

Without really dazzling, both Roma and Inter soon found themselves at the top end of the table. Heading into the winter break, Inter were unbeaten and top of the league. Roma weren’t that far behind. Both sides had exceeded expectations.

But over the course of the festive period, everything seems to have changed. Whereas everything seemed happy on the surface, both clubs have now encountered problems.

For Roma, transfers are the biggest issue. Radja Nainggolan, once the imperious midfielder, flaunted his disciplinary problems one too many times. An over-celebratory viral video of the player was deemed unprofessional and suddenly it seemed as though he was set to leave the club. The dressing room was filled with doubt. 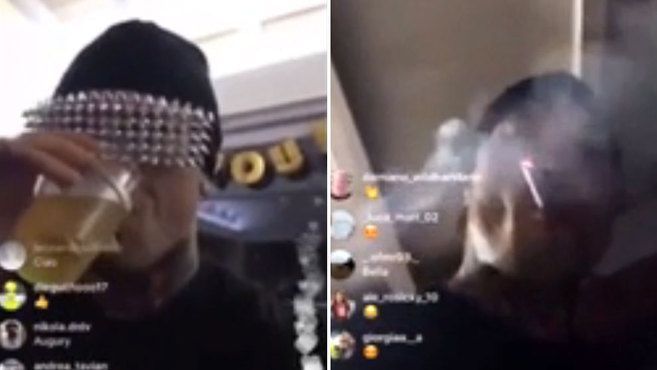 At the same time, far away in England, Antonio Conte decided that he needed a big, tall striker. After asking around for Peter Crouch and Andy Carroll, the Chelsea hierarchy seemed to settle on Edin Dzeko as a potential target — Roma’s main striker and their top scorer.

Dzeko is a very good player. Since moving from Manchester City at a knock down price, he’s proven himself as one of the best in Italy. Surely Roma couldn’t countenance selling him in the middle of the season? Wrong.

The move looks set to happen. The player’s head has been turned and the possibility of getting good money for a player over the age of 30 seems impossible to refuse for Monchi et al. What’s more, Chelsea have also added full back Emerson Palmieri to the deal. While not a first teamer and still brushing off the rust from a long-term injury, the Brazilian is an important squad player.

In the course of a few weeks, Roma could lose their best midfielder, their best striker and a great deal of depth in their squad. Things have moved fast.

For Inter, transfers seem to be moving in the other direction. As the side stumbled in recent weeks, Spalletti has called out time and time again for new players. But they’ve been hard to come by.

So far this season, he’s played the same players over and over. Mauro Icardi dropping to the bench for a rest, for instance, almost never happens. He plays every single minute. Since Inter don’t have European football to worry about, this is less of an issue. But the team is clearly beginning to tire.

As such, the club has moved for Rafinha from Barcelona and Ramires, once of Chelsea and now plying his trade in China. Both add depth to the squad without really bolstering the starting XI. Even former player Esteban Cambiasso spoke out in the press against the Rafinha move, saying Inter had signed a Barca reserve. They should be aiming higher, he seemed to suggest. 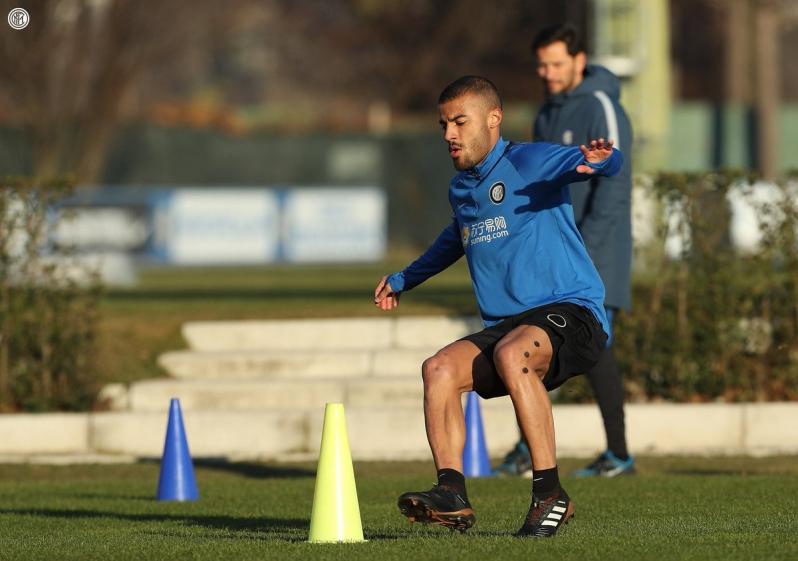 Spalletti may well have been crying out for fresh players but the incoming transfers don’t seem to be up to much.

For both teams, the problems can be traced back to spending. Financial Fair Play, the rules and regulations governing the spending powers of European clubs, was the real sticking point. Both teams are dangerously close to triggering investigations and sanctions, meaning that they can’t really spend without selling first.

At Roma, there’s myriad financial issues. The team do not have a shirt sponsor (and have not had one for years). They want to build a new stadium and desperately want to reduce the age of their first team. This is partly why Monchi was appointed: his buying low and selling high approach at Sevilla made him a man in demand around the world.

At Inter, last season’s huge spending spree left them in a lot of trouble. Already, they had been unable to register players in the Europa League last year and the spending has been dramatically reduced this year as a result.

Furthermore, the players they did buy – specifically, Gabriel Barbosa and Joao Mario – have been decidedly average. Inter payed a lot of money for average players and the repercussions are still being felt.

Compounding this is the fact that neither team owns their stadium. They both rent their ground from the council and share it with the local rival. Both sets of owners have voiced their concerns over this and, indeed, the Roma owners have drawn up plans for a new stadium. But this costs money. Money they can’t then spend on players.

So, even before a ball had been kicked on Sunday evening, the Inter versus Roma match was fraught with worry. Both teams were coming face to face with larger, off the pitch issues which seemed to be limiting their chances for on the pitch success.

Suitably, the resulting game drew a gritty and anxious performance from both sides. Roma put themselves in front with a nice chipped goal from Stephan El Shaarawy on the break and had to cling on to their lead.

Inter fought their way back into the game, though they had the misfortune of coming up against Allisson. The Brazilian keeper has been outstanding for Roma this season and was equally as excellent on the night.

Unfortunately for Allisson, however, a cross into the box in the 86th minute was met by Matias Vecino, who headed in an equalizer. Both teams shared the points. A fair result, with neither side excelling enough to truly earn a win.

While the match may have ended in a draw, there were those who emerged from the fixture thinking of themselves as winners. Juventus and Napoli, for example, will be happy to extend their lead at the top of the table, slowly turning Serie A into a two-man shoot-out.

But the real winners might be Lazio. Roma’s hated rivals and fellow occupants of the Stadio Olimpico, Simone Inzaghi’s men did well to notch up another win this weekend. They beat Chievo 5-2, moving them up into third position in the table, even having played a game less than Inter.

With four Champions League spots on offer this year, the riches of the top tier of European football are there for the taking. With the financial difficulties facing Roma and Inter and the ways in which these issues are hindering their seasons, the clear aim is to finish in the top four.

But a draw between the two teams means their woes might continue. As Inter and Roma draw at the San Siro, Lazio emerged as the real winners.