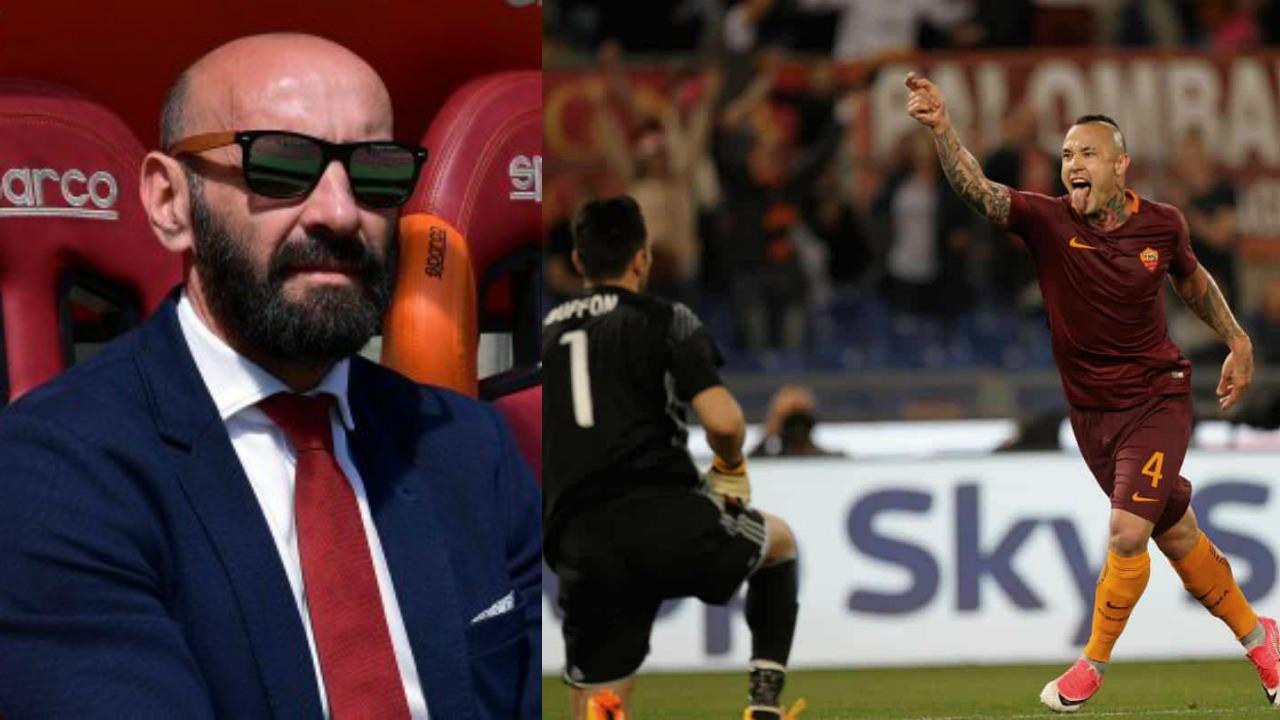 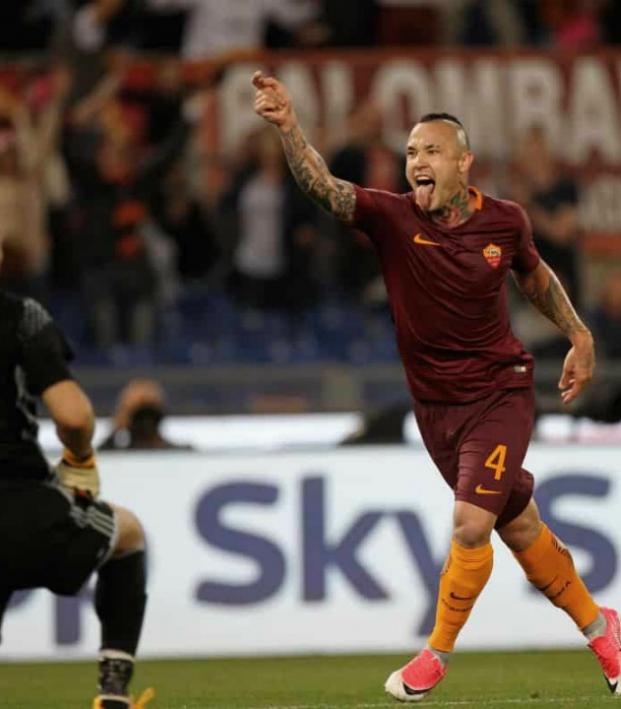 After Historic Year, Roma Raze Everything To The Ground To Find Way Forward

Huw Thomas July 4, 2017
Massive restructuring at Roma means the club could be set for a strange summer indeed.

Last campaign, Roma set a club record in Serie A for most points in a season. They had never reached 87 points before, even when winning the Scudetto. So, obviously, the summer has consisted of parting ways with the manager, the sporting director, the legendary club captain, their most productive attacker and at least one of their coveted center backs. Of course, looking at the departures on an individual basis, they sort of make sense. But it’s still a weird summer for Roma.

Let’s look at those departures in greater detail. Totti should be the easiest to explain. Approaching 41 and no longer able to contribute to the team in the manner he would like, Totti’s retirement has seen him bow out as the club’s greatest player. He’ll likely still be around Roma, with the promise of a board role awaiting him whenever he decides what he wants to do next.

Anyway, on the pitch, Totti has been far from an essential cog for a while now. His role was more that of a public relations outreach tool. Whenever the manager felt the need to get the fans roaring, he could send out Totti for that nostalgia-backed cheer. It worked like a charm, every time. Besides, there’s still a core of super-reliably Roman players. Daniele de Rossi, he of bulging eye and bad tackle fame, will finally take over the role as club captain on a full-time basis.

Totti had become something of an albatross around the neck of a series of Roma managers. Unsure of how to deploy the aging legend, it was perhaps the feud between Totti and Luciano Spalletti which doomed the departing manager. Ever since the Totti albatross swung against him, Spalletti has never been able to count on the backing of the fans. There’s no love lost there.

Despite such a massive points haul – and with the team playing good, attacking football – Spalletti’s departure has been on the cards for months now. We all knew he was leaving at the end of the season.

But the situation seems unfair on Spalletti. There seems little doubt that he is a talented manager. He might only have been Inter’s fifth or sixth choice to take over this year, but he’s certainly an upgrade on what they’ve had in the last few seasons.

If there’s anyone who can overcome the ridiculous nature of Inter’s internal machinations, it’s Spalletti. Especially now that he’s had practice. The bond with the supporters was broken, he had a new position lined up, and Roma never tried too hard to convince Spalletti to stay.

Perhaps it was because they knew they had Eusebio di Francesco waiting in the wings. One of the key men behind the recent rise of Sassuolo, Di Francesco is one of the most promising young Italian managers. He comes in at the perfect time, provided with a blank slate on which to paint his idea of a post-Totti Roma. Spalletti was never afforded this opportunity but the recruitment of Di Francesco ties in nicely with the hiring of another important figure.

Monchi. Monchi, Monchi, Monchi. And there’s the rub. For a period of about five years, we consistently reached a point in April – just as European competitions were reaching their final stages – when a slew of articles would appear regarding Sevilla — the Spanish club inevitably staring down the barrel of another Europa League triumph. The articles would ask how the relatively small club consistently managed to do so well. Always, it seemed, the answer was Monchi. 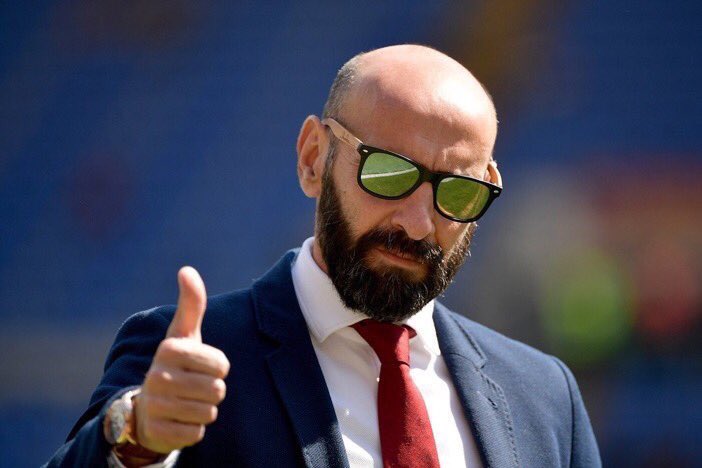 To those in Italy, Germany and England, the name Monchi became famous. He was the mastermind behind Sevilla’s success. Those in the know – or, at least, those who felt themselves to be in the know – would herald Monchi as the last true footballing genius. He bestrode the sport like the Colossus of Rhodes.

Every year, Sevilla sold their best players. Every year, Monchi would pluck some scruffy gems from a tattered bag of discarded, past-it and unknown stones, polish them up, and send them off to win the Europa League. Monchi was the most coveted man in world football. The jewel polisher extraordinaire. An absolute magician.

Plenty of people wanted Monchi to run their clubs. They wanted access to the discarded bag of scruffy gems. They wanted the perpetual and unlikely success, all of it on a seemingly shoestring budget. Of all the teams consistently linked with Monchi, it was Roma who finally convinced the miracle worker to join them.

He replaced Walter Sabatini. To his credit, Sabatini did a very good job with Roma transfers. He recruited well. He made profits on players. He built the squad which reached that record points total. Sabatini’s greatest crime was the fact that he wasn’t Monchi. As it happens, Sabatini will travel north and join up with Spalletti at Inter. Together, they will renew their under-appreciated partnership while Roma try something new.

And they are certainly trying something new. It seems that Monchi’s first order of business was to get some funds in. Thankfully, English teams are still happy to fling about money as though it’s going out of fashion. Enter Liverpool, who need a speedy winger to play on the opposite flank to Sadio Mane. Well, Monchi thinks, we’ve got this lad Mo Salah. Liverpool, in a financial sense, bit his hand off.

Salah has been a good player for Roma. His directness seemed antithetical to Serie A and this allowed him to flourish. Salah was a regular provider of goals and assists, most of which stemmed from his tactic of running very quickly in a straight line and being good at finishing. Despite lacking ‘game intelligence’, Salah is a fantastic weapon to have in the arsenal.

Liverpool’s blunderbuss tactics should suit him well, so they seem happy to have overpaid. Monchi, on the other hand, now has close to €50 million to play with. This got Roma fans excited. Add this huge sum to the existing war chest and Roma might well have enough to secure some really big names.

But Monchi was not done yet. No, sir.

Next up, he was on the phone to Russia. Roma have a long history of selling center backs at premium prices. This year, they were prepared to sell Kostas Manolas to Zenit for a very considerable sum. Added to that, they were prepared to sell Leandro Paredes to the Russian outfit for a fee which far outstripped his performances though seemed in line with the regista’s potential.

Manolas’s move collapsed, however. According to reports, the Greek wanted to be paid in Euros, while the club wanted to pay his wages in Roubles. Paredes went and Manolas stayed at home. Monchi added to the money pile. But he was still determined to sell a center back, it seemed. Barely a day after the collapse of the Manolas deal, reports were rife that Antonio Rudiger was being sold to Chelsea. Again, for a massive fee.

With that deal set to go through in the coming days, Roma will likely have brought in over €100 million in transfer fees. This is classic Monchi – selling players to big-spending clubs at premium prices.

But what of the other side of things? Roma do need to bring in some players, after all. Following a good showing at the Under-21 Euros, Lorenzo Pellegrini has been brought back from Sassuolo. Clearly, the manager will know him well and it’s a good deal at €15 million. Pellegrini is a former Roma youth product, playing once for the first team, and a buy back clause kept the price low. It was an obvious deal to make.

As well as this, Monchi has dipped his toes into the Eredivisie and plucked out Hector Moreno and Rick Karsdorp. Again, two talented players but hardly the names which will set the world alight. 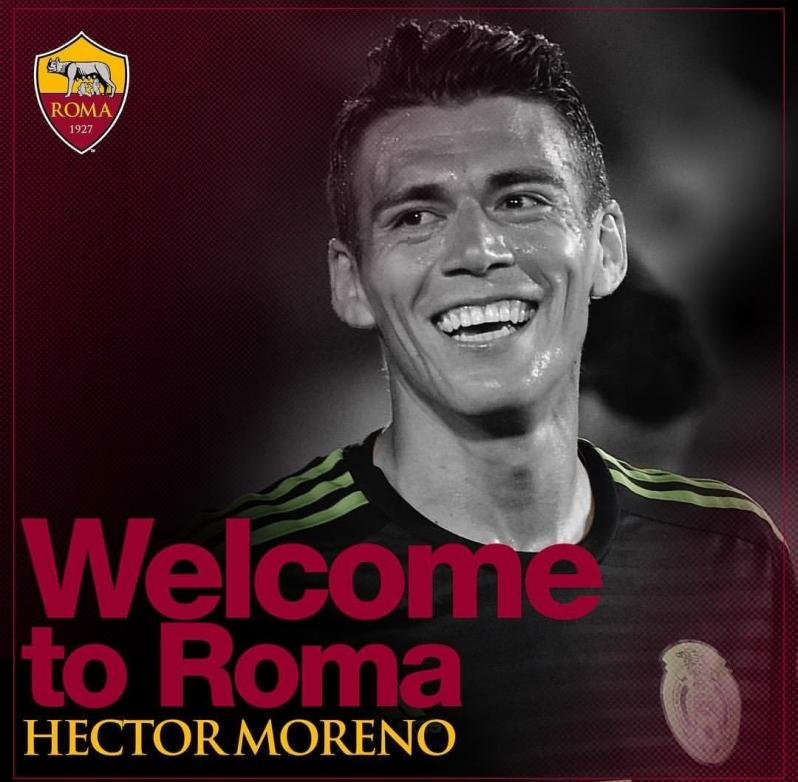 Most interesting is the purchase of Maxime Gonalons from Lyon. A few seasons ago, Gonalons was on the radar of every big club. A midfield enforcer who could more than hold his own in a footballing sense, he seemed ideal for Arsenal, Liverpool or Manchester City. In the time since, however, he seems to have fallen out of fashion.

The current Lyon side seem to have left their former captain behind and the midfielder was struggling for game time last year. Perhaps this is why Monchi could snap him up at the very reasonable price of around €5 million. If Gonalons turns into the player many expected him to become, this could be a fantastic gamble.

But – so far – that’s it. There’s links and rumors, of course. Defrel and Berardi from Sassuolo continue to be linked with Roma and a reuniting with their former manager. Suso, from Milan, has been suggested. They need reinforcements across the pitch. Even the end of Wojciech Szczęsny’s loan has left them light in goal. While Roma have a big bag of money and a paper-thin midfield, the speculation will continue.

Which leads us to the major problems. Year after year, Roma have suffered from their lack of organizational stability. The constant churn of players – especially in defense – means that they are starting each season at a disadvantage, losing essential institutional memory every summer. If they wanted a man to remedy this, Monchi was not the best choice.

From afar, it was easy to look at the situation in Sevilla with an envious gaze. Those who didn’t follow the team closely noticed only the triumphs. They didn’t suffer particularly when players left for good money. They didn’t notice the (quite high) number of transfer flops. Ask any admirer of Sevilla’s about Ganso, for instance, and you’ll likely be met with blank stares. They only saw the success, failing to notice the way in which it was achieved.

This is the way Monchi operates. Sell high, buy low. Bring in lots of players and see what works. When something does work, sell for a hefty sum and reinvest this across a number of potential targets. Seeing as this is Roma’s first summer under the new set-up, there’s likely to be teething problems. Fans will lament the departure of certain players and question the recruitment of their replacements. If you want the success Monchi has previously achieved, you have to put up with his approach.

And so, Roma are facing a weird summer. They’re going to have to get used to this approach, especially if they want to enjoy the Sevilla-like success that everyone envisaged when Monchi was first announced. Essentially, they are doubling down on organizational upheaval.

It’s already been a summer of huge turmoil and it’s likely to continue. Until the start of the season and the slamming shut of the transfer window, who knows what Roma’s first XI will even look like? After a weird enough summer, we could be in store for a weird season indeed. Welcome to the Monchi show.