After Captivating The World, Denmark’s Magical Run Comes To An End 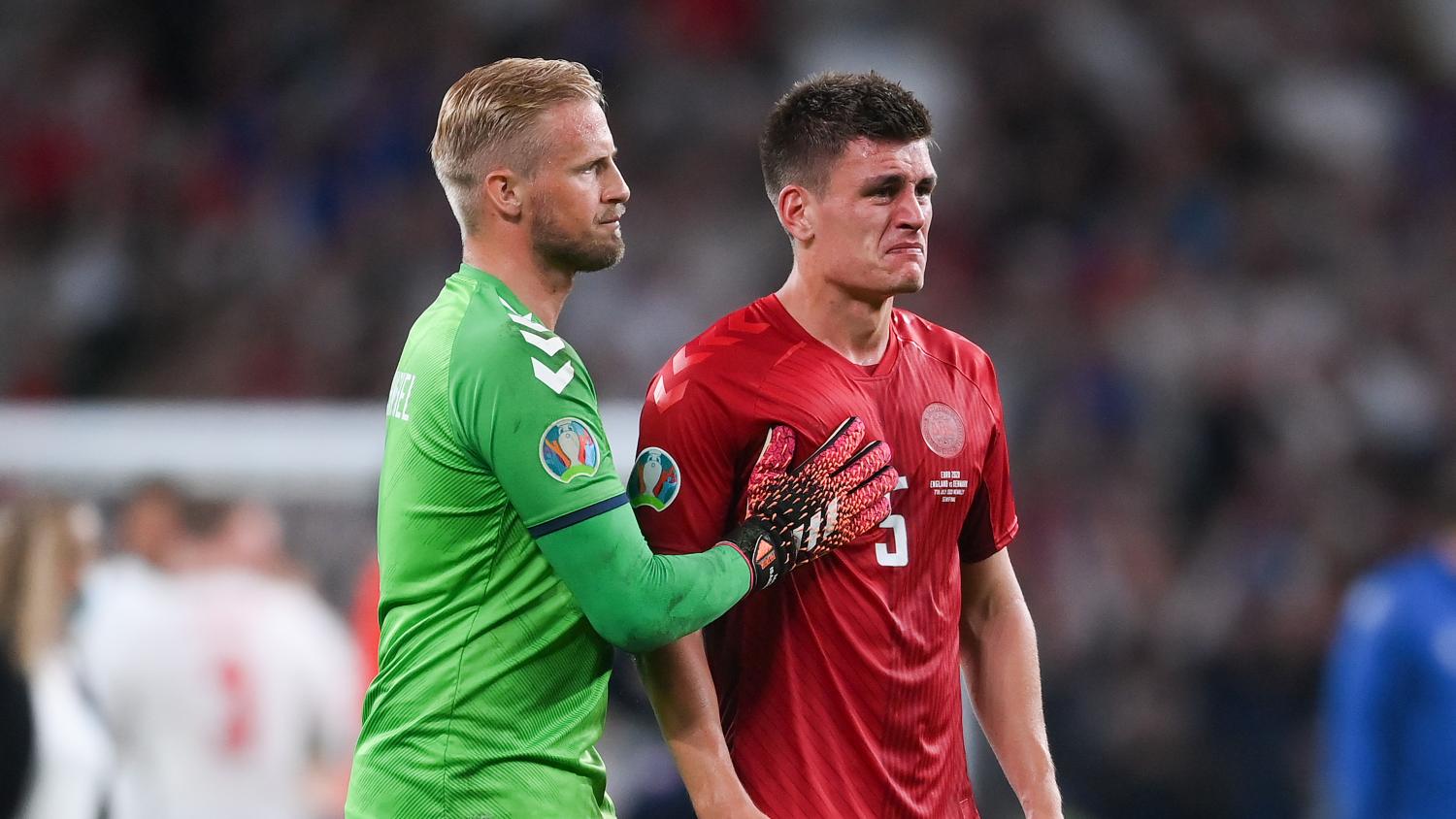 They pushed England to extra time at Wembley, but it ultimately wasn’t to be.
Getty Images

Like Bernie Sanders posted up at a presidential debate, Euro 2020 offered the world a chance to turn into vociferous fans of Denmark. Christian Eriksen’s collapse was numbingly tragic, but the way the Danes responded in the moment and the days after was the sort of archetypal hero story usually only reserved for myths.

The devotion and passion of the side won hearts, but we also quickly realized that this team had more than just emotionally charged momentum. In the narrow defeat to Belgium followed by dominant wins over Russia and Wales, we came to understand that Denmark was a damn good team that could certainly win the whole thing.

It shouldn’t have come as a massive surprise given the team’s FIFA World Ranking of 10th, but there’s no getting over the fact that Denmark’s population comes 114th in the global standings.

The squad’s run started to look a whole lot like the basis of the country’s entire social model, which emphasizes the idea that solidarity brings prosperity. In Danish society, economic resources are organized to maximize the welfare of the least privileged, and Denmark’s team — despite not having the star power of Belgium or England — went toe-to-toe with the European elite unapologetically.

“I don’t like the underdog mentality,” manager Kasper Hjulmand said before the England semifinal. “We are for sure not the favorites, of course, but our mentality is not to play football like underdogs, just defending and hope. Our mentality is to try to take control and be proactive as much as possible, knowing that the opponents are strong and that in phases of the game we just have to work very, very hard to defend. Our mindset is not like an underdog, it is to create and to attack and to be proactive.”

For a few glorious moments on Wednesday, Denmark’s plan came to fruition. In the 30th minute, it was Mikkel Damsgaard who opened the scoring with a blistering free kick that was aided by some extremely clever Danish set piece play.

The defense performed admirably as well. Before the match, Andreas Christensen spoke of how the team admired Harry Kane without fearing him. It was Kane who ended up scoring the winner after Kasper Schmeichel had saved his initial spot kick, but the penalty was only earned by Raheem Sterling low-flying his way into the area in hot pursuit of a leg to brush against.

There’s no denying that England was the better side (xG of 3.18 to 0.27, for example), but it’s hard to imagine any memories from this tournament lasting longer than what Denmark has provided us with.