Against All Odds, Denmark Delivers Legendary Performance To Advance To Knockout Stages 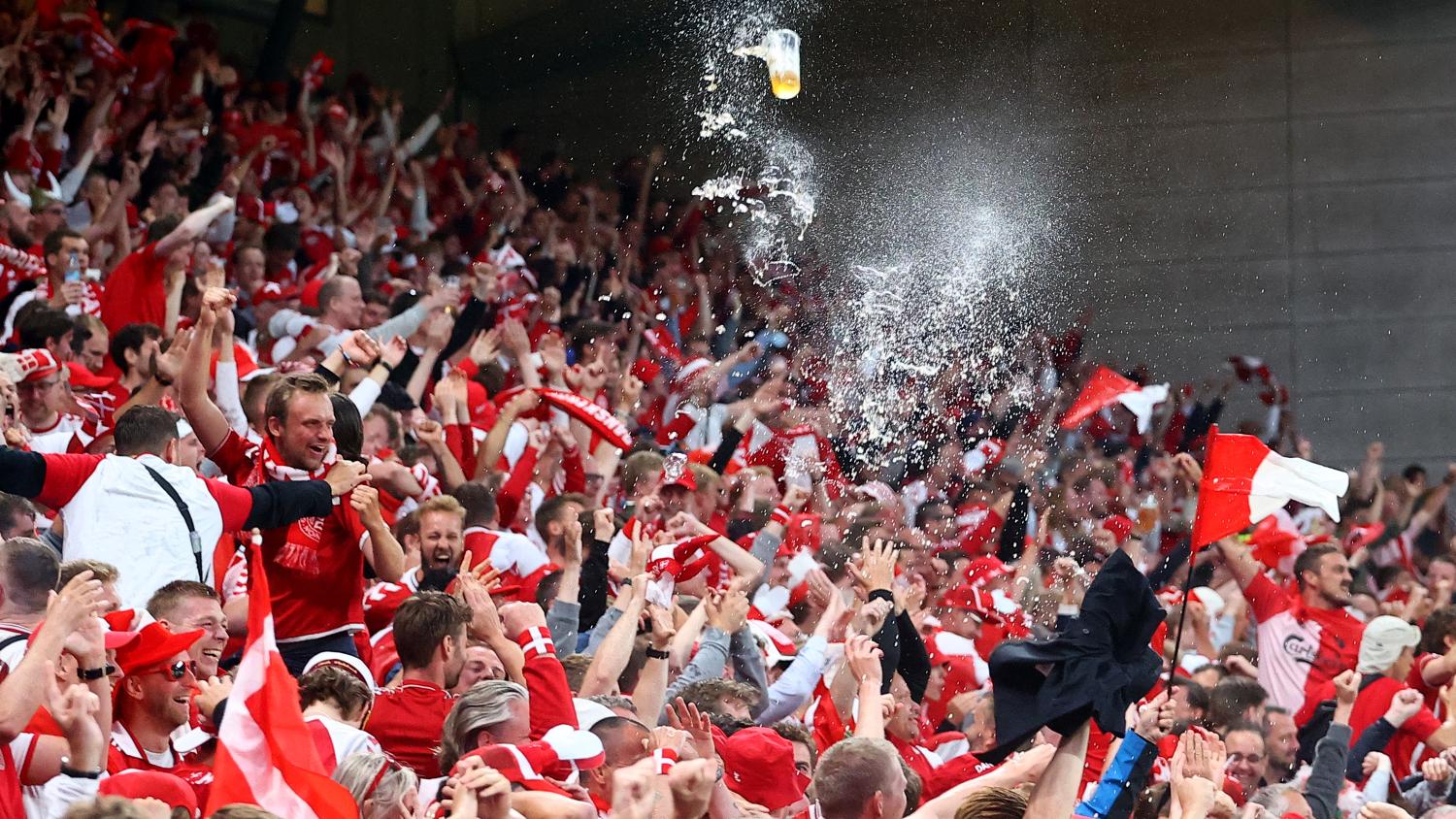 Denmark was fourth in Group B entering the final day. They finished second.
Getty Images

As Danish journalist Tom Carstensen wrote over the weekend, Denmark knew that a victory over Russia on Monday could result in progress to the Round of 16, “but no one really cares about that. We are thinking about what is important: Christian Eriksen is alive.”

You got a sense of that approach last Thursday during Denmark’s stirring 2-1 defeat to world No. 1 Belgium. On Monday, that atmosphere was recreated by 25,000 inside Copenhagen’s Parken Stadium. There wasn’t nerves or a sense of what could go wrong, only an undulating red and white wave in the stands that produced a steady wall of noise fed off of by 11 supercharged members of the Danish Dynamite on the pitch.

The early period saw Denmark control nearly 75% possession, but this seemed to play into Russia’s hands as they looked to hit on the counter and resort to some obscenely early time-wasting.

It was Højbjerg’s ball that split Russia’s compact defensive lines, and Mikkel Damsgaard — the 20-year-old who’s taken Christian Eriksen’s place in the starting lineup — produced a beautiful curling effort into the top corner.

That goal immediately shifted things in Group B with Russia going bottom and Denmark climbing to third, and we were also suddenly confronted with a million different mathematical permutations. However, the most important one was that with a second goal, Denmark’s Round of 16 dream was greatly increased.

Denmark manager Kasper Hjulmand had promised “a magical night” in the buildup, and that can be the only explanation for how the second goal arrived in the 59th minute.

It was a horrendous back-pass from Daler Kuzyayev, played away from his own keeper and straight to Yussuf Poulsen at the penalty spot. The Leipzig attacker passed it into an empty net.

Minutes later, Parken erupted as news filtered through of Belgium opening the scoring against Finland. After starting the day bottom of the group, Denmark was suddenly in second.

But then immediate disaster: Romelu Lukaku’s goal for the Red Devils was chalked off for offside, and Denmark's Jannik Vestergaard was whistled for a soft foul on Aleksandr Sobolev in the area. Artem Dzyuba buried the penalty, moving him level with Aleksandr Kerzhakov for the most goals in Russia national team history (30).

For the first time Parken went quiet, but the noise cranked up again with news of a Belgium goal that actually stood. Denmark’s quest for second-place was back on, and it was the stuff of sound and fury.

In a wave of unrelenting pressure with just over 10 minutes to go, Denmark forced Safonov into a string of impressive saves. Russia seemed to have somehow escaped, but then Andreas Christensen launched a thunderbastard.

Over in Saint Petersburg, Lukaku made it 2-0 Belgium, and Joakim Mæhle made Denmark’s fairytale ascension to second place certain with a fourth.

Denmark now meets Wales in the Round of 16 on Saturday at the Johan Cruyff Arena in Amsterdam. Finland finishes third but is hurt by a -2 goal difference, while Russia is out.