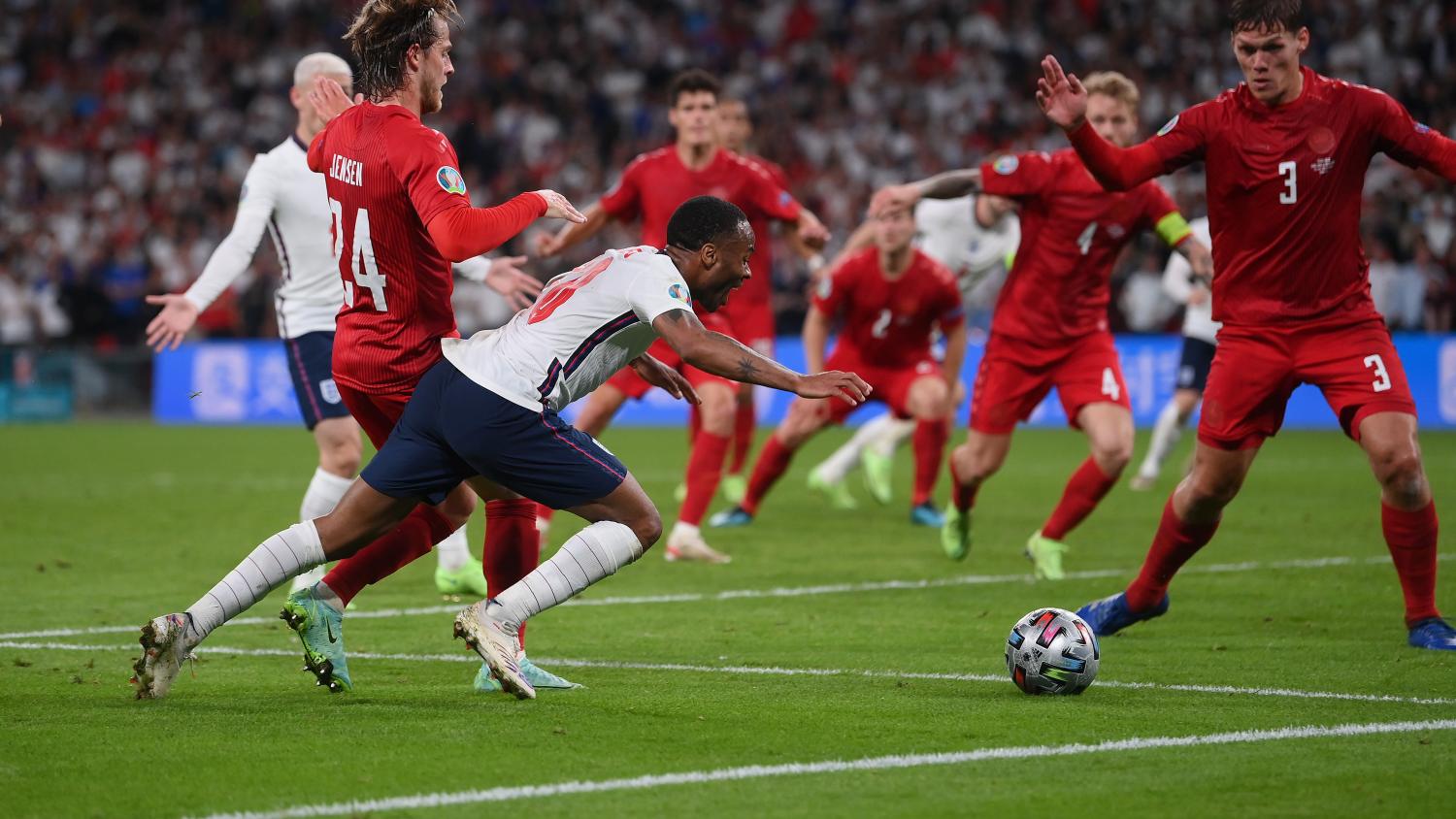 England fans have grown accustomed to seeing their team fall at the final hurdle. The last four times the Three Lions have reached the semifinals of a major international tournaments, including the World Cup three years ago.

But not this time.

England avoided a fifth straight semifinal defeat thanks to some fortunate bounces, seeing off tournament darling Denmark 2-1 in extra time on Wednesday at Wembley Stadium in London, thanks in large part to a controversial penalty kick.

Gifted a cupcake schedule playing mostly at home and mostly against the lesser teams in the competition, England’s final roadblock to reaching a final at Wembley for the first time since the 1966 World Cup was an inspired Danish team playing for Christian Eriksen after his terrifying cardiac arrest during the group stage. Denmark’s magic finally ran out against an England team that, on the run of play, was the better side on the day.

But that doesn’t mean England necessarily deserved to win.

Mexico fans everywhere were triggered when, in extra time, Raheem Sterling did his best Arjen Robben impersonation, making the most of minimal contact to draw a penalty kick. It was eerily reminiscent of Robben’s infamous flop in the 2014 World Cup Round of 16 against El Tri, which resulted in a 94th-minute PK winner.

The VAR looked at the play and did not find enough to overturn the decision. There was contact, but it was mostly after Sterling threw himself to the floor. I’m not one to say Sterling is a flopper — he certainly stayed on his feet better than some of his teammates on Wednesday — but it looked like clear embellishment. (Sterling was crushed by Jannik Vestergaard a few times, the Danish defender a bit lucky to get just enough of the ball to avoid giving up a penalty.)

After the match, ESPN’s referee analyst Mark Clattenburg said he wouldn’t have awarded the penalty but did not argue with the VAR upholding the decision. Regardless, the spot kick was given.

Kasper Schmeichel, whose dad, Peter, led Denmark to its only major tournament success at the 1992 Euros, saved Harry Kane’s spot kick, but the ball bounced right back to the English No. 9, who buried the rebound without hesitation.

In extra time, Denmark simply ran out of gas. Running on fumes after lengthy travel and sleepless nights after Eriksen’s heart stopped a couple weeks ago, the Danes just couldn’t mount much of an attempt to get back in the game. England superbly took advantage, letting the air out of the ball like a team that knows how to win big games, even if they’ve yet to win a big game.

Now England has a chance to win its biggest game since 1966 World Cup final, to date the Three Lions’ only major international triumph. Getting over the semifinal jinx is a massive accomplishment, even if many fans won’t necessarily enjoy how it happened.

Denmark became the neutral’s favorite after Eriksen’s collapse and enjoyed a dream run. After losing their first two matches in the group stage, the Danes won matches 4-1, 4-0 and 2-1 to reach the semifinals on the easier side of the bracket.

The unforgettable tournament came to an end against an England team that did whatever it took to advance, even if that meant a few timely flops. Kane, who dishes out as much abuse as any player in the Premier League, was guilty of a couple of crafty dives to earn free kicks for his team, though you’ll never hear British announcers criticize someone like Kane for flopping. Jordan Henderson tried to flop in the box for a second penalty, but his cries were ignored.

England fans won’t mind. The Three Lions are finally back in a major final.

Make no mistake, England was the better team on Wednesday. Outside of a 10-minute period that included Denmark’s lone goal, England bossed the match, creating 20 shots (10 on goal) compared to six for Denmark (three on target).

But that Danish goal was a beauty.

Mikkel Damsgaard gave Denmark a dream lead with a beautiful free kick from 35 yards, the second longest goal of the Euros and first from a direct free kick. The strike in the 30th minute ended Jordan Pickford’s England shutout streak, which had passed Gordon Banks’ previous England record of 721 minutes without conceding about 10 minutes earlier. Damsgaard made a huge impression on the tournament, the 21-year-old essentially filling the role Eriksen was expected to play.

England pulled back even via the Euro 2020 Golden Boot leader: the own goal. The 11th own goal of the tournament evened the match before halftime after Bukayo Saka’s cross was turned in by Simon Kjær.

England was really the only team consistently looking for a winner and was rewarded with the penalty in the first half of extra time.

Now the Three Lions prepare for Italy in Sunday’s final, a showdown between two of the game’s giants. The Azzurri, who themselves have used the dark arts to reach the final, are probably the favorites, but finals are notoriously difficult to predict.

Based on the semifinal, this England team may finally have what it takes to win it all, even if that something extra is a bit hard to swallow for neutral fans.