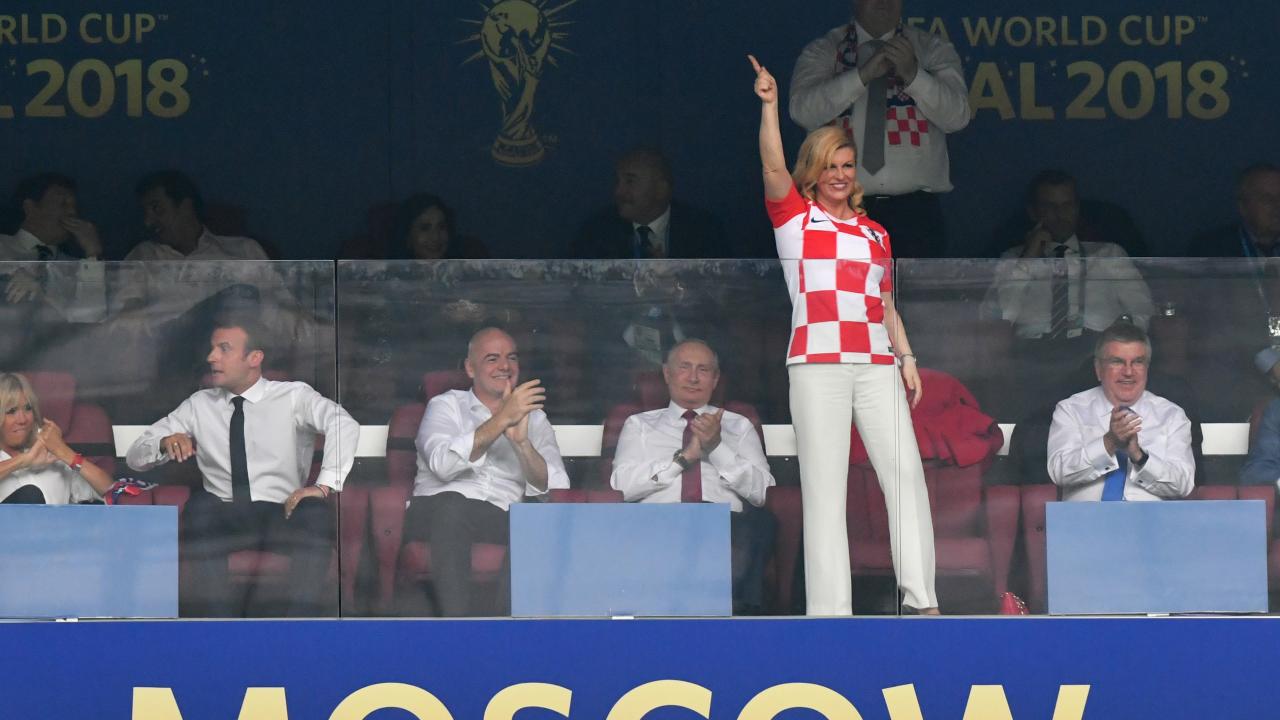 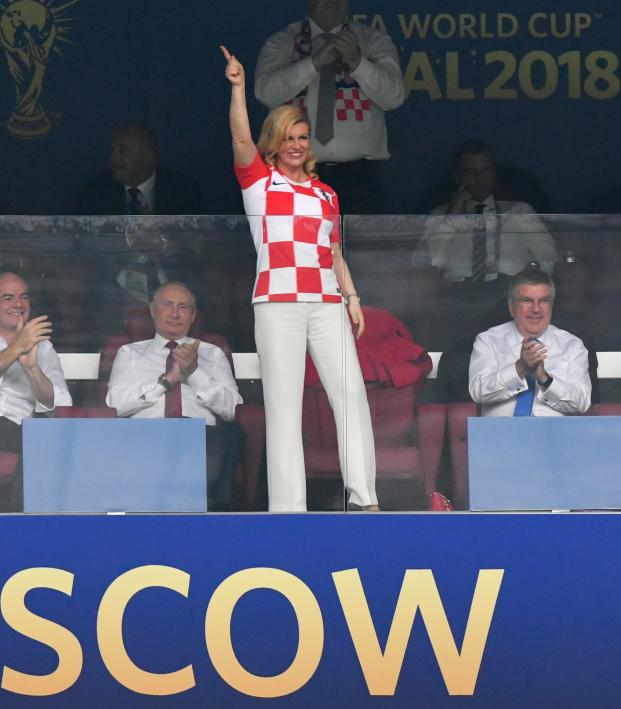 Tabaré Azcona July 16, 2018
The President of Croatia stole the show during the World Cup award ceremony. Learn all about her here.

Croatia President Kolinda Grabar-Kitarovic is now one of the most famous people on the planet because she likes football, hugging people and is able to gleefully stand under heavy rain. Naturally, Grabar-Kitarović is also a prominent and capable politician, but it was her warmth and personal charisma that made her an instant global celebrity at the 2018 World Cup Final.

It’s over. France are the World Champions and Croatia delivered a tournament for the ages. Teenage star Kylian Mbappé was named the Best Young Player and Luka Modric was awarded the Golden Ball. Harry Kane ended as the top scorer.

Top world leaders Vladimir Putin and Emmanuel Macron attended the final and the celebrations. Punk band Pussy Riot invaded the pitch during the second half in a political statement addressing president Putin.

France manager Didier Deschamps became the second man to have won the World Cup both as manager and player. And yet, somehow, it was Kolinda Grabar-Kitarović, the president of Croatia, who stole everyone’s thunder and became the center of attention.

Grabar-Kitarović became popular during the last few weeks not only because she was seen cheering for Croatia at the stadiums, but because she travelled in economy class, purchased the flight tickets at her own expense and asked for unpaid leave to support her national team, often from non-VIP stands and sporting a Croatia jersey.

A Zagreb-based analytics company reported the president gained 25% more focus on her in news stories about the final than any of the players on the pitch, including Luka Modric.

So who is Kolinda Grabar-Kitarović, the woman of the hour?

The new face of the Croatian Democratic Union (HDZ), Grabar-Kitarović was elected President in 2015.

In stark contrast to previous political leaders of the party, notably generals and Croatian war veterans involved in corruption scandals, Grabar-Kitarović offered a “polished” and refreshing face to renew the political scene in Croatia. Grabar-Kitarović’s delightful presence at the World Cup clearly has political publicity uses. One of her tasks as president is to promote Croatian values domestically and abroad.

An Exemplary Female Presence at the Tournament

In an effort to counter sexism, FIFA asked TV broadcasters and cameramen not to zoom in on beautiful women in the stands.

And yet, media and social media users around the world have profusely praised Grabar-Kitarović for her beauty. However, Grabar-Kitarović’s merits extend largely beyond her looks.

Grabar-Kitarović was born in 1968 in the Croatian region of former Yugoslavia. She graduated from Zagreb University and endured the harshness of the Croatian War of Independence in the early nineties.

She is the first female president in Croatian history and previously worked as Assistant Secretary General of NATO.

When the World Cup final whistle blew, Grabar-Kitarović was there to support and comfort Croatian players. She was seen warmly hugging them and uttering words of consolation and admiration.

Grabar-Kitarović also displayed exemplary behavior towards French players and authorities. She even kissed and held hands with French president Emmanuel Macron in a display of unity, fair play and sportsmanship.

Furthermore, Grabar-Kitarović gleefully stood under pouring rain while Putin’s staff held an umbrella over the Russian president and blatantly ignored her.

Putin and Grabar-Kitarović had exchanged presents prior to the final. Putin had gifted flowers to her; in turn, she gave him a Croatia jersey with his name on it.

Prior to the final, Grabar-Kitarovic said it did not matter if they lost the final, Croatia were nevertheless on top of the world and she was proud of her nation.

France won the World Cup, but surely Croatia and its president won everyone’s hearts and admiration.