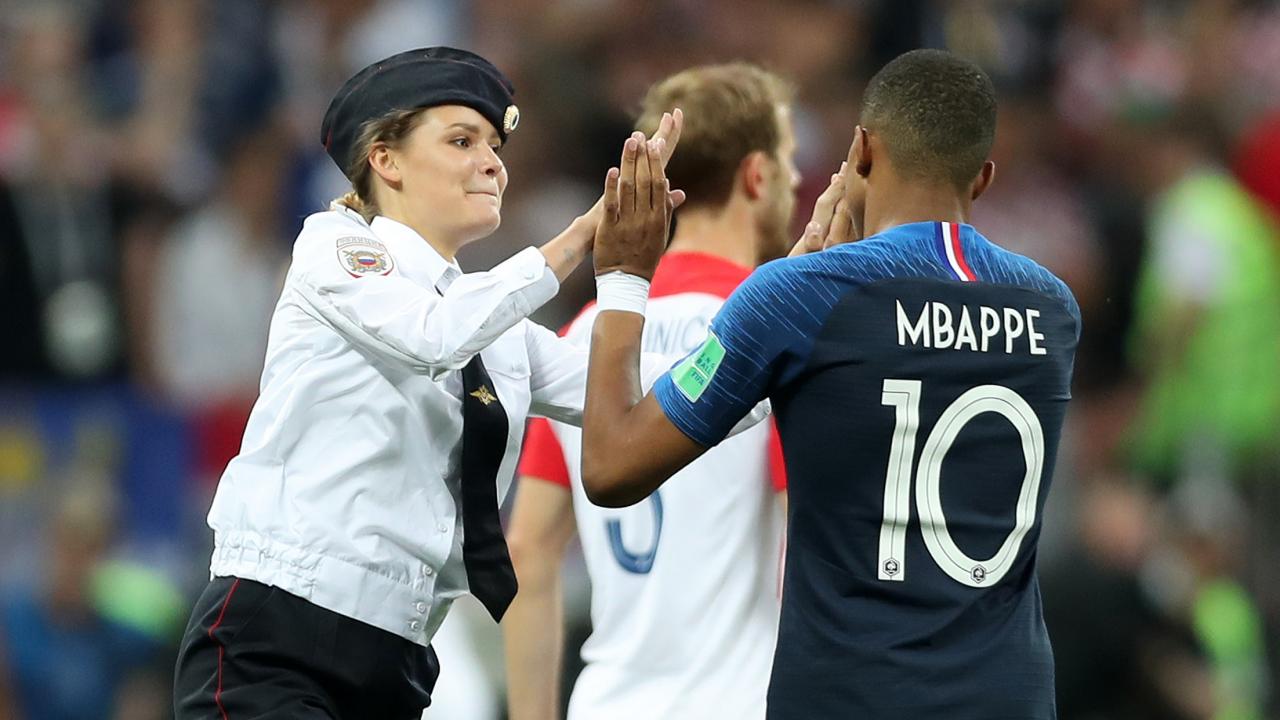 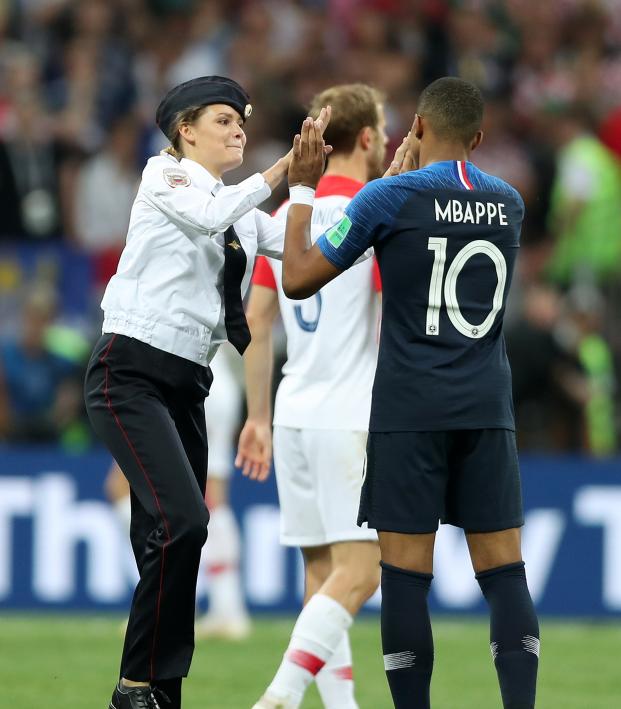 Yousef Alshammari July 16, 2018
The Russian bad girls, and guy, are back in action. And they say punk is dead, hah!

Pussy Riot, the notorious Russian punk rock activist group, staged a show of defiance during the World Cup final between France and Croatia on Sunday. Four of the group’s members, one man and three women disguised in police uniform, ran onto the pitch during the 52nd minute of the second half before being chased and dragged out by security.

Pussy Riot, according to their Twitter statement, had planned the execution of this stunt to highlight a number of societal problems in Russia. The activists also focused on the death of Russian poet Dmitri Prigov, paying homage to both his memory and his poetry concerning the ethics of Russian police culture.

The BBC reported that the four members were accused of two major violations: violating spectator rules at a sporting event and impersonating a police officer. The crimes have a maximum fine of 10,000 roubles and 1,500 roubles, respectively. That’s $161 for disrupting the game and $24 for impersonating a cop . . . and they say Russia is harsh.

On the other side, Croatia defender Dejan Lovren had a not so welcoming reaction to the pitch invaders.

It all seems like fun and games when Pussy Riot’s story is sensationalized, but the reality for the four activists involved is alarming. On Monday, July 16, the four members will each receive a sentencing.

Current situation: the 4 pussy riot members spent the whole night at the police station (note that there are no conditions to sleep, eat, take a shower etc) and are still there — going to be brought to the court. They are facing charges for administrative offenses so far.

One of them already has. Veronica Nikulshina was sentenced to 15 days of “administrative arrest” and is now banned from “visiting sports events.” Three more members await sentencing.

Attention! The court has just sentenced the first Pussy Riot member, Veronica Nikulshina, with 15 days of administrative arrest (will spend them in a special prison) and banned her from visiting sports events. pic.twitter.com/e0hX5fQSzl

In February of 2012, Pussy Riot staged a protest in a Moscow church which led to the detainment of the three founding members. Yekaterina Samutsevich was released after two months, whereas Nadezhda Tolokonnikova and Maria Alyokhina were in prison for over a year — until December of 2013.