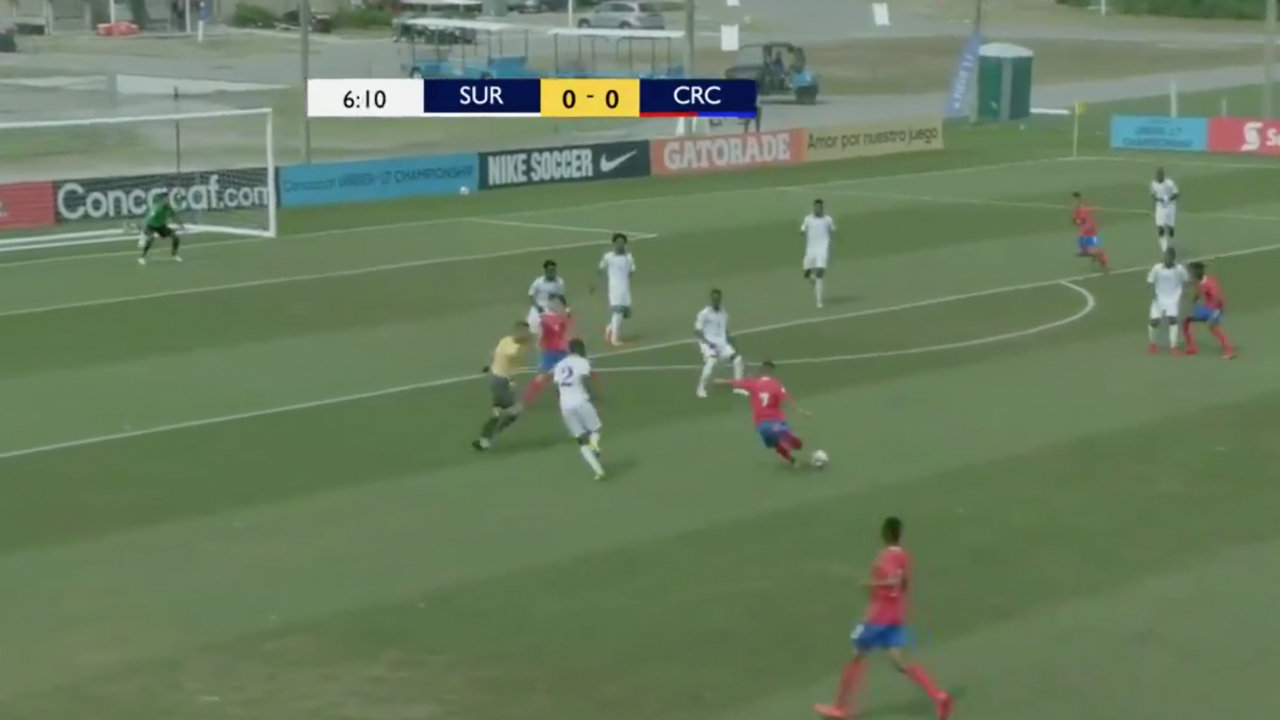 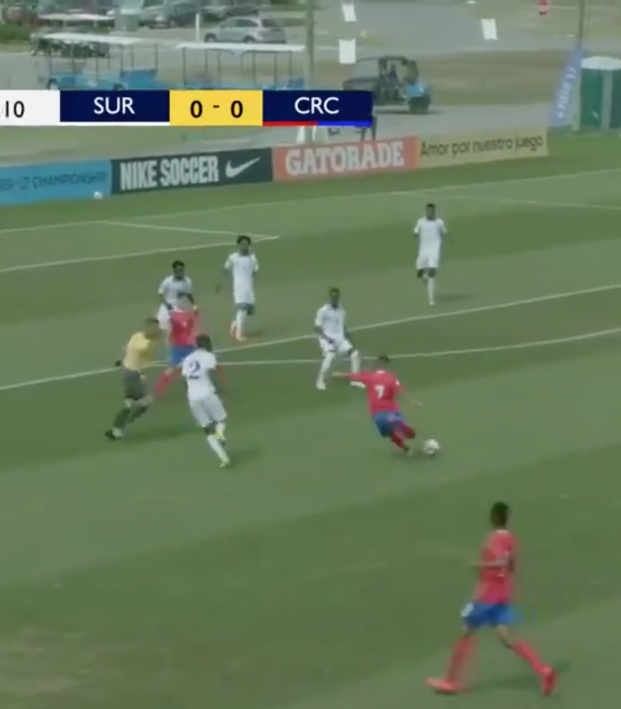 Travis Yoesting May 7, 2019
Geancarlo Castro of Costa Rica has been the most prolific goal scorer so far at the Concacaf U-17 Championship.

Watch a couple minutes of Concacaf U-17 Championship highlights and one thing is clear: There is a lot of talent in the youth ranks at some of North America and Central America.

This isn’t that surprising to anyone who follows MLS these days. Two of the biggest stars in the field are Mexico’s Efrain Alvarez and the United States’ Gianluca Busio, two 16-year-olds who are already making waves in MLS.

Busio has three goals in seven appearances (four starts) for Sporting KC this season after making his scoring debut last season. Alvarez has one assist in two substitute appearances for the LA Galaxy, but the Los Angeles native who could still opt to appear for the USMNT has already impressed Zlatan (and us) with his goal-scoring ability.

Both Alvarez and Busio are having some fun actually playing against kids their own age for once.

Alvarez has two goals for Mexico (second best on the team behind Santiago Muñoz, an El Paso, Texas, native), including this marvelous finish in a 5-0 romp against Bermuda.

Efrain Alvarez with the gol!!!

Mexico cruised to an undefeated romp through Group E without allowing a goal. Bermuda went winless to finish last in Group E, but I think we can all agree it had the best uniforms of the tournament.

The U.S. got off to a slow start falling behind Canada 2-0 in the opening match. Since then, the team has outscored opponents 12-1, including three goals to rally past Canada 3-2.

Busio leads the U-17 USMNT with three goals, including two in a 6-1 win over Barbados. This free kick is one of the best goals of the tournament thus far.

The first of two goals scored by Gianluca Busio which gave @USYNT the victory today is the #CU17 Goal Of The Day presented by @Enterprise pic.twitter.com/RpPDdCJpXw

As great as Busio and Alvarez have been, there’s one player who has come out of nowhere to be the star of the Concacaf U-17 Championship.

Through the group stage, which concluded Monday, no one has scored more than Costa Rica’s Geancarlo Castro.

Geancarlo Castro, a 17-year-old from Alajuela, Costa Rica, is currently a U-20 player for LD Alajuelense in his hometown, nominally listed as a right midfielder or right back.

The No. 7 scored what is perhaps the best goal of the tournament in a 6-0 rout of Suriname, making the best of a bad touch that took him outside the box to rip a scorcher from 25 yards out.

From outside the box, @fedefutbolcrc ’s Geancarlo Castro scored the #CU17 Goal Of The Day, presented by @Enterprise pic.twitter.com/RT6rs7HeXm

Castro has a tournament-best six goals and is getting better each match. He scored once in a 2-2 draw with Panama, twice in a 3-0 win over Curaçao and a hat trick against Suriname. At this rate, he’ll score seven goals in the final, assuming he can get six past the U.S. in the semifinals.

Want some more players to watch?

Canada’s Jayden Nelson and El Salvador’s Saúl Emerson have been impressive, but keep an eye on Haiti’s Michel Pierre, who scored three goals to help his country top Group G ahead of El Salvador and Honduras, including this killer run to decide the match for first place against El Salvador.

Michel Pierre from @fhfhaiti scores the #CU17 Goal of the Day presented by @Enterprise pic.twitter.com/KrfIOqx38d

The Concacaf U-17 Championship knockout stage begins with the Round of 16 on May 8-9. The USMNT faces Guadeloupe while Mexico takes on Puerto Rico. The final, which is set up to see the U.S. and Mexico play for all the marbles, is May 16 at IMG Academy in Bradenton, Florida.

Most importantly from this tournament, the top four teams (the four semifinalists) qualify for the FIFA U-17 World Cup to be played in Brazil later this year.