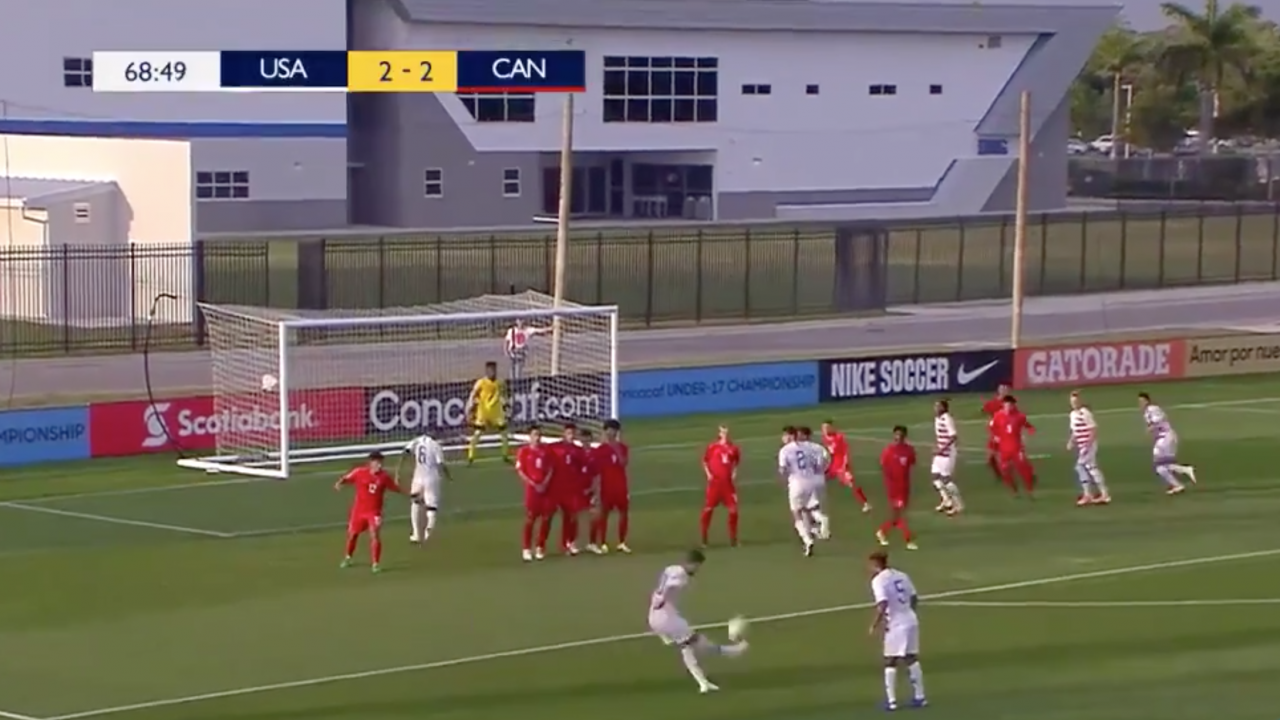 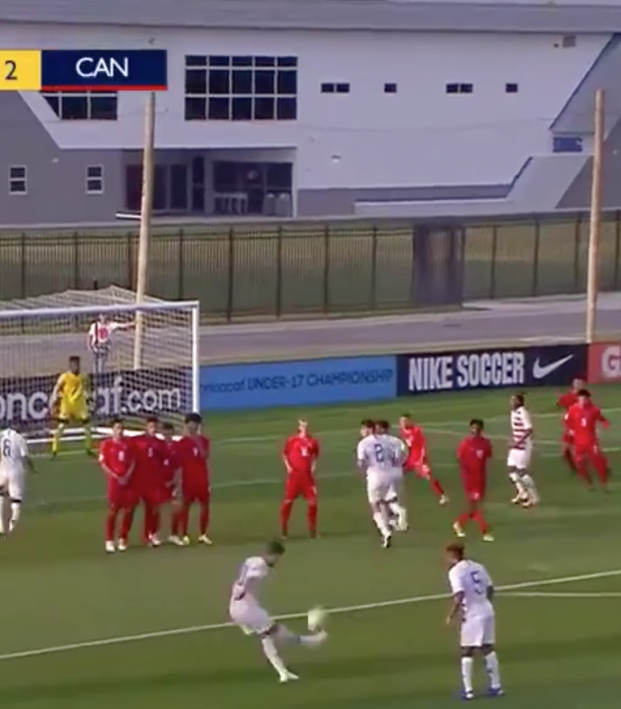 Travis Yoesting May 3, 2019
Giovanni Reyna scored the final goal to help the USMNT come from two goals behind and beat Canada 3-2.

Giovanni Reyna scored on a 24-yard free kick to cap a rally from two goals down as the U-17 USMNT beat Canada 3-2 to open the Concacaf U-17 Championship on Thursday in Bradenton, Florida.

Reyna, the son of former USMNT captain and current NYCFC director of operations Claudio Reyna, had a goal and an assist for the U.S. youth team as it began its quest to qualify for the U-17 World Cup to be played in Brazil later this year.

The U.S. dominated the early proceedings without finding a breakthrough against the well-drilled Canadian defense. The Canucks then hit the USMNT with two quickfire goals against the run of play, first from Jérémie Omeonga in the 21st minute and the second a beautiful curling effort from the edge of the box by Jacen Russel-Rowe. Both goals were assisted by Matthew Catavolo.

But the U.S. fought back in the second half, starting with Reyna finding Gianluca Busio on the edge of the six-yard box to make it 2-1 four minutes into the second half. Busio became the second-youngest goal scorer in MLS history last fall with Sporting KC, second only to Freddy Adu, and he already has three goals this season.

Axel Alejandre, a defender, netted the equalizer for the U.S. after Kobe Hernandez ripped a vicious volley toward goal that fortuitously fell to Alejandre, who remained composed and roofed his close-range shot in the 63rd minute.

The winner came from Giovanni Reyna, who earned and converted a free kick in the 69th minute. Reyna utilized the runs of his teammates to confuse the Canadian keeper and catch him wrong-footed.

The win vaulted the USMNT to the top of Group F, one of four groups in the main group stage. The top three teams in each group advance to the Round of 16, where they are joined by the group winners from four groups of the 19 lowest-ranked teams in Concacaf.

One more point would all but ensure qualification for the knockout rounds for the U.S. The four semifinalists earn berths to the FIFA U-17 World Cup. The U.S. has qualified for the tournament every year since 1985 with one exception: 2013.