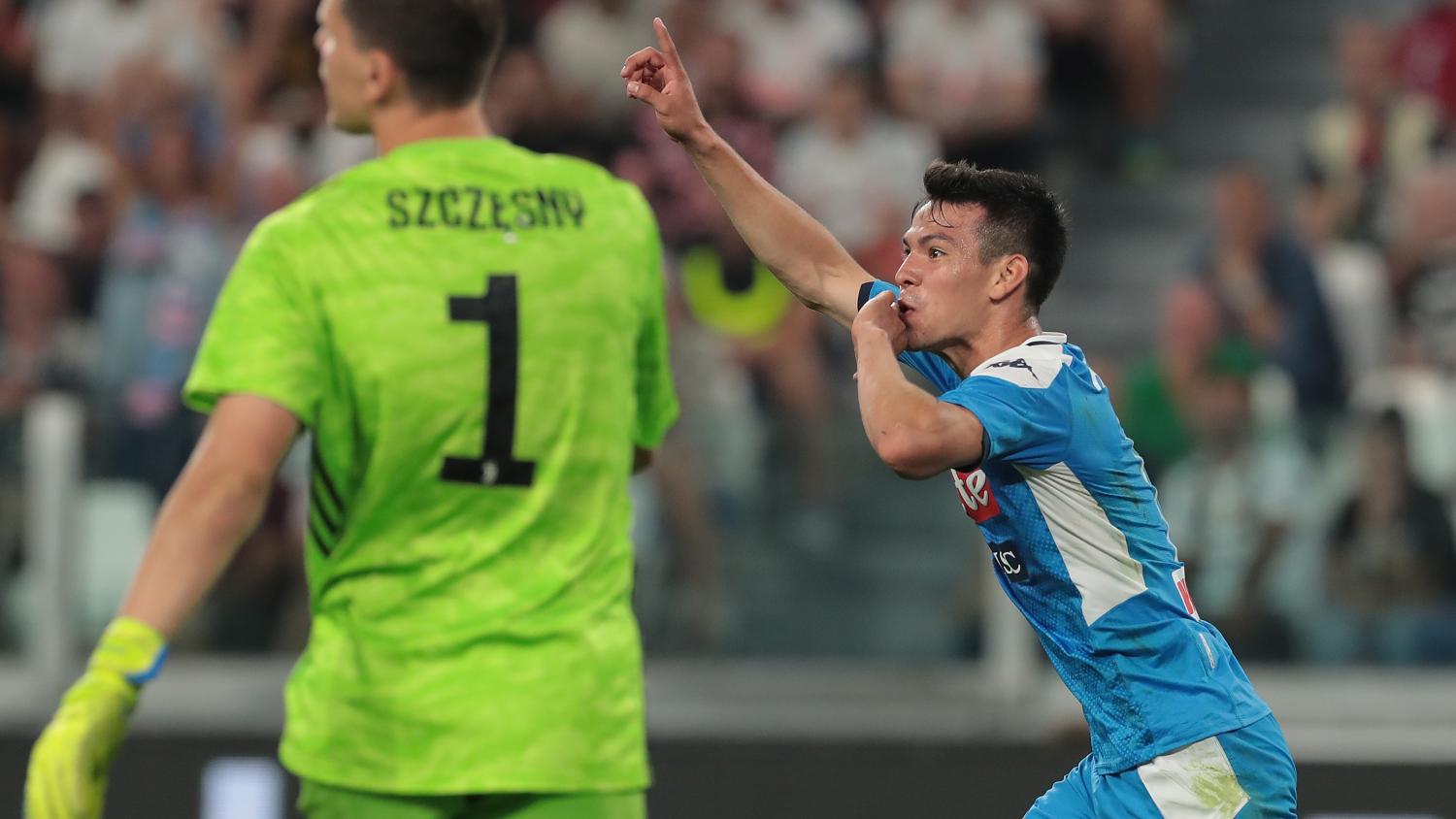 Lozano was a huge part of a three-goal comeback against Juventus but an own goal allowed the Old Lady to escape with all three points.
Getty Images

Chucky Lozano didn’t take long to make an impact with new club Napoli. Unfortunately for Gli Azzurri, a shocking own goal wiped out an epic three-goal comeback against Juventus.

Lozano scored in his debut in Serie A, helping inspire Napoli back from a three-goal deficit in what appeared to be a storybook first appearance with the Mexican winger’s new club.

But Kalidou Koulibaly accidentally turned the ball into his own net in the 92nd minute to allow Juventus to escape with a 4-3 victory on Saturday in Turin.

Lozano moved to Italy from PSV Eindhoven over the summer, becoming the most expensive Mexican player ever. The 24-year-old winger replaced Lorenzo Insigne at halftime with his team trailing 2-0.

Lozano scored the second goal in a three-goal comeback after Cristiano Ronaldo had given the Old Lady a 3-0 lead in the 62nd minute. Giovanni Di Lorenzo completed the comeback in the 81st minute to make it 3-3 and it appeared the visitors would steal a point at the Allianz Stadium.

Alas, the Bianconeri had luck on their side, with one of the world’s best defenders committing a shocking own goal.

Even if you’re a Juventus fan, it was a cruel way to end what will likely go down as the best match of the Serie A campaign. Last season, Juve and Napoli finished first and second, respectively.

The own goal also meant the Chucky Lozano goal vs Juventus was for naught.

The Mexican needed less than 25 minutes on the pitch to score for the first time with Napoli. In the 68th minute, he zipped past a sleeping Juventus defense to turn in a cross from Piotr Zielínski. Matthijs de Ligt, a rival of Lozano’s at Ajax last season, left the Mexican to roam into the box completely unmarked.

The comeback is on ... Chucky Lozano opens his account in Serie A to cut the deficit to one goal! pic.twitter.com/tGvAeHN3IZ

Lozano’s strike came two minutes after another newcomer Kostas Manolas put Napoli on the board and six minutes after Ronaldo’s first goal of the Serie A campaign. He became the first Mexican to ever score in Serie A.

1 - Hirving Lozano, first Mexican  scorer in the history of the Serie A, is the first player to have found the net in his top-flight debut with Napoli since Lorenzo Tonelli in January 2017. Speedy.#JuveNapoli

Juventus had taken the lead in the first half with quickfire goals from Danilo (16th) and Gonzalo Higuaín (19th). Almost everyone in Allianz Stadium assumed Ronaldo’s goal, a clinical finish with his left foot, was the nail in the Napoli coffin.

Without captain and defender Giorgio Chiellini, who was diagnosed with a torn ACL this week, Juventus couldn’t hold Napoli — and Lozano — off in the final half hour. Alas, Koulibaly’s mistake cost Gli Azzurri a chance at a massive draw at the home of the defending champion.