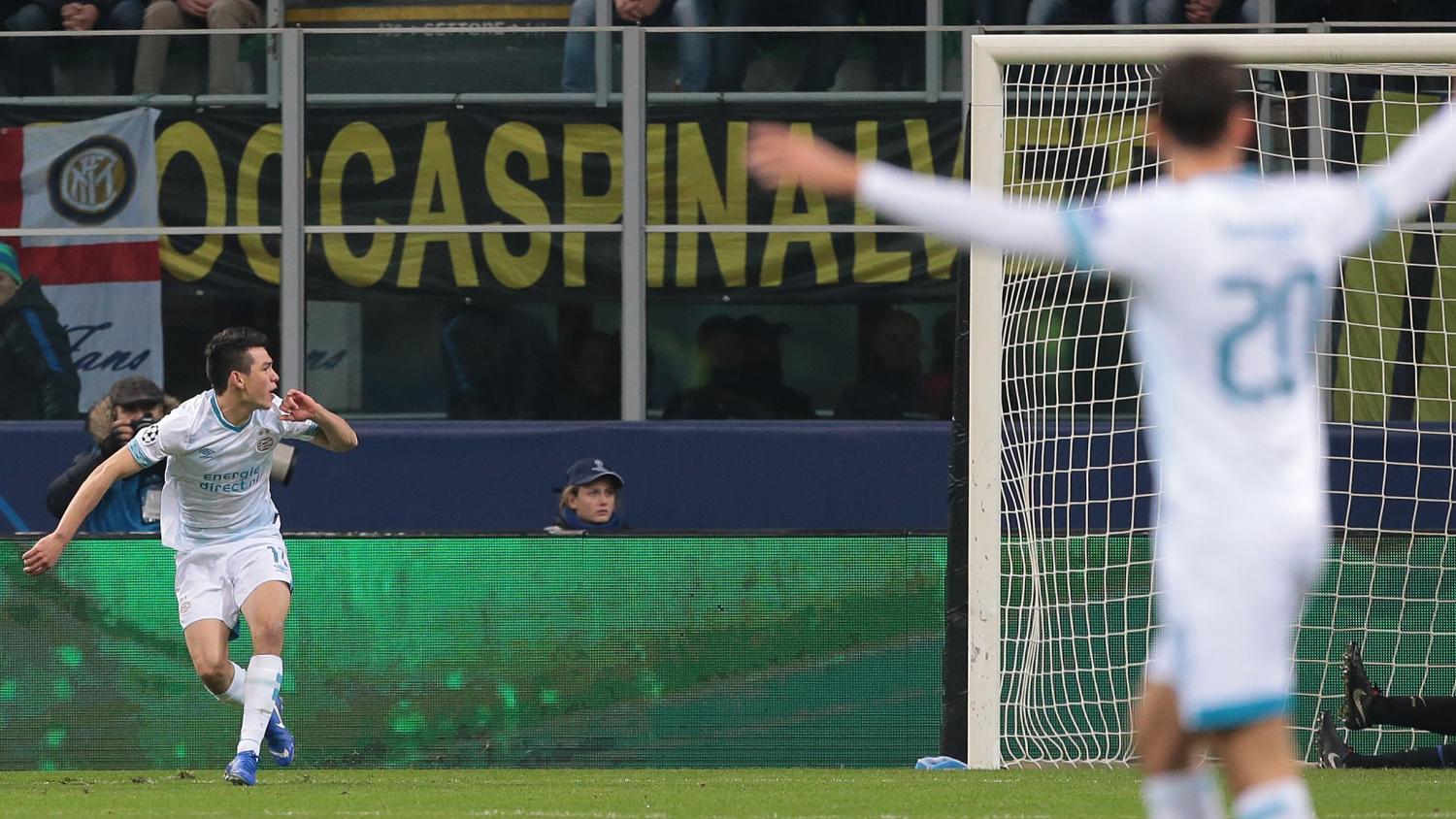 PSV Eindhoven took an early lead against Inter Milan thanks to its Mexico international.
Getty Images

PSV Eindhoven hadn’t done much in way of attacking in the opening 10 minutes of its Champions League match with Inter Milan. But one awful giveaway later, this Hirving Lozano goal vs Inter put the Dutch club on top.

In the 13th minute of their Group B match in Milan, Steven Bergwijn took advantage of some sloppy play in the back to gain possession in the attacking third. He quickly found Chucky Lozano darting into the box and the Mexico international headed the cross past Samir Handanovic for the game’s first goal.

Lozano is part of a strong contingent of Mexican players at the Eredivisie club. PSV honored its Mexican links with an impressive tifo ahead of its league match on Friday.

The Lozano goal vs Inter was great news to Tottenham fans, who watched their team go down 1-0 to Barcelona early on as well. Ousmane Dembélé scored in the seventh minute for Barcelona.

Ousmane Dembele turned up for this one

Inter and Tottenham went into Tuesday fighting for second place in Group B, both tied on seven points. Spurs own the head-to-head tie-breaker.